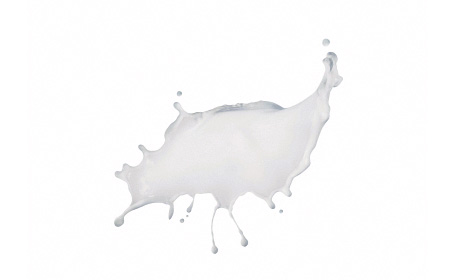 I’m a fan of Adbusters, and, for that matter, any kind of “culture jammer” that — to quote the magazine — “changes the way information flows, the way corporations wield power, and the way meaning is produced in our society.” That’s why Mercy for Animals‘ newest ad campaign, an anti-milk parody that aims to take on the dairy industry’s sexist PMS marketing campaign, has caught my attention — not to mention the attention of the women’s rights journal Ms. Magazine, which will run MFA’s subversive ad in their next issue.

The dairy industry’s disgusting and offensive PMS-themed ads showed supposed husbands fake-apologizing to their cranky wives, saying things like “I’m sorry for the thing or things I did or didn’t do,” followed by a statement from the milk industry itself saying “Milk can help reduce the symptoms of PMS.” If this unnerves you, you absolutely must check out Ms. Magazine’s blog entry about it, entitled “No Comment: Nothing Like an Ice-Cold Glass of Sexism.” The California Milk Processor Board’s ads were pulled, by the way, after very warranted criticism.

In response to this upheaval, MFA is, according to their blog, “rolling out a provocative new anti-milk campaign.” The article further explains, “In a bid to set the record straight about the milk industry’s true relationship with the female reproductive system, MFA has created an edgy parody of the highly maligned and recently scrapped dairy industry PMS ad campaign. The clever ad exposes the dark side of milk production: egregious animal abuse.” 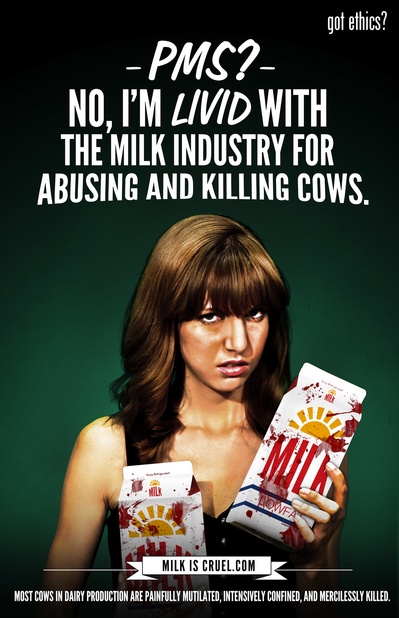 In case you can’t see the bottom line (pun intended), it states, “Most dairy cows in dairy production are painfully mutilated, intensively confined, and mercilessly killed.” The ad also points to MFA’s newest website, milkiscruel.com, which details the horrors inherent in milk production, and offers healthy, compassionate, cruelty-free recipes that drum in the point that not only is dairy egregiously cruel, but it also is unnecessary (in fact, it’s grossly unhealthy) for human consumption.

Subversive advertising like this is exactly the kind of backlash needed to draw attention, and I’ve got to hand it to MFA for jumping on this bandwagon in such an in-your-face, creative way. Ms. Magazine is a huge media outlet that is read by progressive, forward-thinkers who refuse to stand for inequality. Throwing the vegan message in there is brilliant. That’s exactly how to play the media game.

Book Review: “Trauma Stewardship: An Everyday Guide for Caring for Self While Caring for Others”