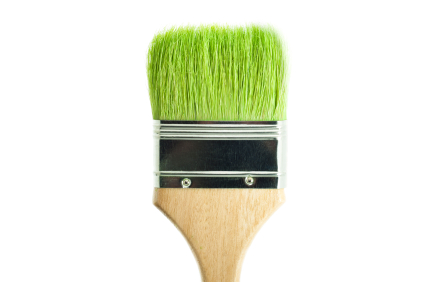 We are delighted to welcome James McWilliams to Our Hen House today to shed light on the hideous saga of Bill and Lou.
***

Green-washing All the Way from the Farm to the Table
by James McWilliams
Here’s an idea you can take to the bank: those who seek reform using the tools of the oppressors will eventually become the oppressors themselves. This axiom was recently confirmed by the events surrounding the Bill and Lou saga at Green Mountain College, the site of a media-explosive debacle that earned the Poultney, Vt., school its 15 minutes of rather embarrassing infamy. 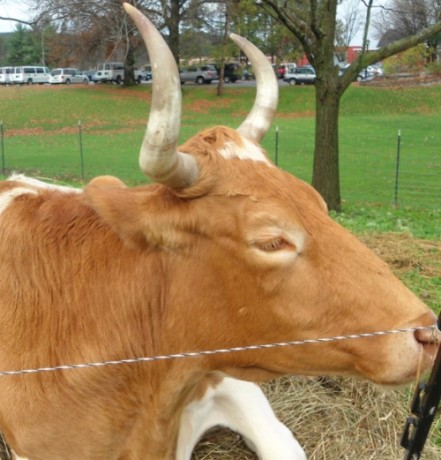 When officials at GMC’s Cerridwen Farm chose, in the name of sustainability, to slaughter Bill and Lou – the farm’s retired oxen – rather than deliver them to VINE Sanctuary or Farm Sanctuary for a peaceful retirement (as offered for free), their act demonstrated something critical. It demonstrated yet again how the deceptively reformist rhetoric of sustainable agriculture can be actively deployed to replace one form of fundamental injustice with another.
As is so often the case, a lot of this comes down to words. Indeed, the whole idea of local and sustainable agriculture is verbalized through a seductive little lexicon. Advocates of small-scale, animal-based farms titillate the culinary tastemakers with empowering claims to “take back the food system,” shorten the distance “between farm and fork,” and nurture the “community foodshed.”
The problem with all this sexy eco-scrubbery is that it wipes away the very basic fact that there’s a fundamental ethical act at stake. That is, there’s something very wrong with raising and killing sentient animals for food we do not need (and in this case, food that’s ruining our health). It’s a problem, to paraphrase what Betty Friedan once said about another form of oppression, with no name.
But it should be named, and then shouted from the mountaintops, because, by taking advantage of this namelessness, GMC has justified its initial decision to kill Bill and Lou on the grounds that keeping them alive would consume too many natural resources. The oxen, in essence, would be eating and drinking more than they would be hauling and plowing. As a result, these animal-based machines would, if kept alive after their muscular machinery had weakened, be a drag on GMC’s environmental balance sheet. Their original sin would be to raise the college’s carbon footprint and, in turn, sully its eco-reputation.
This logic is as sadistic as it is strategic. For one, such cold utilitarian thought demands that we should (if consistent) kill the most resource-hogging humans (as in, every person in the United States with a driver’s license and a Mac and a credit card) in addition to our energy-grubbing companion animals (mine don’t pay rent or haul shit). And never mind that the primary GMC advocate behind this bean-counting rationale (last name Mulder first name Kenneth) has procreated actively enough to organize a family basketball team (as in, five kids) or that GMC students arrive at school every year via airplane from all over the United States (very few are from Vermont).
These matters of possible inconvenience are overlooked because, you know, Bill and Lou, those lazy energy-leaching grass munchers, would do little more than sleep and walk and eat and bother exactly nobody. And for that, it was deemed by the powers that be that these luxuriant beasts, these corrupt ungulates, must die and become sustainable hamburgers for kids paying $24,000 a year to pretend it’s the 18th century.
But the real problem with this justification for death is that those making it reflect the most energy-hogging demographic on earth: relatively rich people in the United States. What about those GMC students who would have been fortified by the flesh of Bill and Lou? (This remains a hypothetical because Lou was euthanized, reportedly because of his hurt leg, and buried, while Bill still lives.) What would they have done with all that animal-based protein flowing through their blue blood by the ground beef provided by these sentient animals? What resource-saving goals would GMC students have actually accomplished while fortified on the flesh of two tired oxen?
Specifically, that’s hard to say. But note that a lot of these student-farmers come from families all over the country who can pay major bucks for their lowest-quintile kids to go to GMC, probably not graduate (only 41 percent do), and wear overalls and play real-life Farmville while, as reported by many students, scoring a lot of drugs, if, according to one student, “you network in a lowkey [sic] way.” GMC, in other words, is as much about sustaining a lifestyle as it is about sustaining the environment.
My point here is not to be nasty, but to stress that no matter what little twee eco-correct lessons GMC students might absorb by slaughtering Bill and Lou and eating their flesh, these kids are ultimately going to graduate into a world of ridiculously unhinged privilege, the kind of privilege that swallows as much energy in an hour as a lone ox uses in a lifetime.
The claim to want to kill Bill and Lou for environmental reasons is thus a joke. It’s nothing more than a green-washed mask hiding the fact that a bunch of confused kids really just want to eat a radically local burger and brag about it on their Facebook page. And that a college wants to profit from such utter foolishness.
I began by saying that those who adopt the tools of the oppressors will become the oppressors themselves. The sustainable food movement’s biggest coup has been to trick us into forgetting that the act of eating an animal’s flesh, or drinking her fluids, or cracking her eggs, no matter how gently the animal providing the flesh was raised, and no matter how many credits you got for the course that instructed you to do it, is a form of oppression. This is the real lesson GMC students could learn, rather than exploit two oxen to play a make-believe game of “sustainability” that they will surely never in the course of their privileged lives be able to achieve.
*** 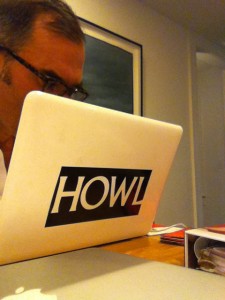 James McWilliams is the author of several books about food and agriculture, including Just Food. His work appears regularly in the New York Times, Slate, and Harper’s. He blogs at james-mcwilliams.com.
Share 0 FacebookTwitterPinterestEmail
previous post