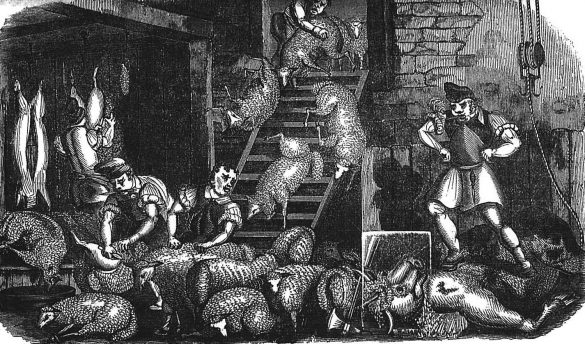 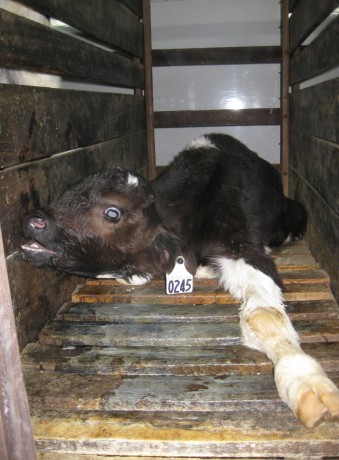 In recent months, Mercy for Animals Canada has been commanding the attention of Canadians like me as footage from their undercover investigations has been shown and discussed in mainstream media programming throughout this country. Just this month, for example, graphic and disturbing footage shot by an undercover investigator at a veal farm in Quebec was featured on the national investigative journalism television program, “W5.” The story was also picked up by programs such as “Canada AM,” newspapers like the Toronto Star, and many other media aggregates throughout Canada. This is the latest in a series of high-profile undercover investigations to be featured in mainstream newspapers and on television. Other investigations in recent months have focused on pig farms, turkey farms, and hatcheries. MFA Canada has the masses talking about the treatment of farmed animals, and it is a long-overdue conversation. Geoff Urton (BC SPCA), one of the plenary speakers at the recent National Animal Welfare conference in Toronto, described the presence and activities of Mercy for Animals Canada as a “game changer” for farmed animals. I think he might be right. For a number of years, Canadian activists have watched as undercover footage shot by activists in the United States has made headlines because of the way it exposes widespread animal cruelty in American agricultural systems. The lack of Canadian examples to point to led some to believe that this kind of cruelty did not exist in this country – that the stereotype of Canada being a kinder, gentler nation extends to farmed animals. “It is terrible what happens on factory farms in the USA,” a friend once said to me, “but at least it doesn’t happen up here.” Since the Canadian branch of Mercy for Animals was established in 2012, awareness about the ways in which farmed animals are treated in Canada has been shifting. For anyone who pays attention to the headlines, it is no longer possible to plausibly believe that we are doing things any better. What I find particularly interesting about this shifting dynamic is that it could only happen once we had the visual images to back up what activists have been saying for years.  It was only once we were presented with graphic video and photographs showing violence towards farmed animals that both the media and the general public seemed willing to acknowledge that this issue was even worth talking about. Without images, only the most dedicated of activists were talking about the institutional (“industry standard”) cruelty that has been normalized as part of contemporary industrial agriculture, but now it seems that everyone has an opinion on the matter. Out of sight, out of mind is certainly an apt adage in this situation, and it underscores the absolute centrality of visual culture in advocacy efforts. Indeed, using imagery to make visible that which is otherwise culturally invisible is something that is as old as organized animal advocacy itself. The techniques and visual technologies may change with each passing decade, but the content of the images remains remarkably constant. 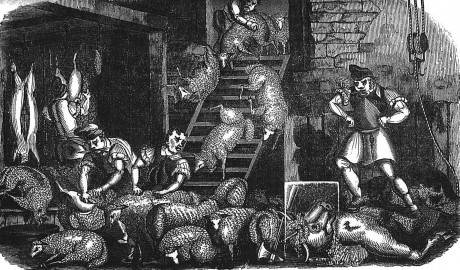 For example, in 1839, over 175 years ago, the London-based Animals’ Friend Society published a shocking image – one, it was hoped, that would shake people out of a state of complacency, to alert them to the almost unimaginable horrors that farmed animals faced in places like slaughterhouses. In this image, sheep were shown being thrown down a staircase before being skinned alive, a grotesque production line which ended with carcasses hanging upside down from hooks. On the far right side of the image, a burly-looking worker was shown stomping on the body of an ox. This graphic image was intended to make visible the “common practices” found in slaughterhouses, practices that took place out of sight for most people. The Animals’ Friend Society recognized that this image would be difficult to look at, and noted that the publishers had “with repugnance laid the disgusting details of the slaughterhouse before its friends, but feels the necessity of such exposure in order to lead to amendment.” Although 1839 was also the year that the daguerreotype (one of the earliest forms of photography) was first introduced to the world, that technology was far too new to be used for this kind of advocacy. The image that the Animals’ Friend Society published was a woodcut, so it has a different look and feel than hidden camera images made today, but the purpose it served has much in common with the images made during the Mercy for Animals Canada undercover investigations. These images are difficult to look at – so difficult, in fact, that many people turn away. But they can still have an impact. Even if people choose not to look at the photographs or watch the videos, there is a good chance they will have read the headlines or overheard conversations about the footage. These types of images typically trigger a call for changes in legislation, for boycotts, for petitions to be signed, for something to be done. As our collective discomfort with these images grows, solutions are sought because at the heart of the issue is the fact that the kind of actions these images document run counter to values so many Canadians hold near and dear. Most Canadians would likely say they abhor animal cruelty, and yet, at the same time, most Canadians regularly and habitually consume animal products derived from the very systems that these undercover investigations are targeting. This is, perhaps, one of the greatest moral paradoxes of our time. There is no doubt that these kinds of images are powerful – so powerful, in fact, that several jurisdictions in the United States have attempted to introduce so-called “ag gag” legislation in an attempt to stop activists from secretly filming and photographing this institutionalized animal cruelty. It is likely only a matter of time before we see the introduction of similar legislation in Canada, but I have no doubt that this legislation will be wholly ineffectual. Undercover investigations have continued throughout the United States, even as hearings to defeat and overturn “ag gag” legislation are playing out in that nation’s courtrooms. 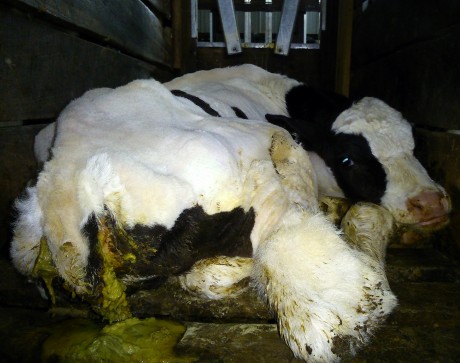 We have yet to see who will win the battle for the hearts and minds of the people who buy the products that this industry is selling. It may be somewhat discouraging to recognize that the visual tactics employed by animal advocacy groups today have so much in common with those used by reform organizations in previous centuries, and yet so much cruelty continues. But we must not forget that there have been countless victories for animals since 1839, victories that were won, in no small part, because of the ways in which visual images forced people to confront uncomfortable realities. The current work of Mercy for Animals Canada will, without question, usher in even more victories on this front.
Share
0
FacebookTwitterPinterestEmail
previous post

Episode 10 of the Our Hen House TV Show is Now Viewable Online!

Episode 4 of the Our Hen House TV Show is Now Viewable...