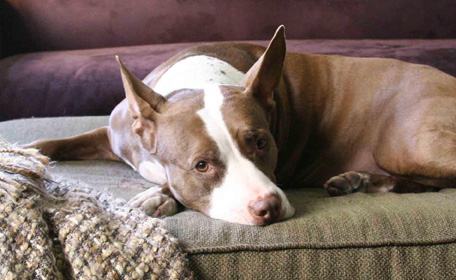 The Humane Society of the United States has introduced a new vegan dog food called “Humane Choice.” HSUS receives 6% of the wholesale price — money that helps them to fund programs such as The HSUS Animal Rescue Team, The Humane Society Veterinary Medical Association, and (my personal favorite) The HSUS Investigations Fund.

(Our dog, Rose, is vegan. Dogs can thrive on a plant-based diet. But that’s not the point of this post …)

The point is that here we have an example of a non-profit (HSUS) starting a for-profit venture (the dog food company); then, the for-profit is used to, in turn, benefit the non-profit.

Reminds me of another example, that of the Let Live Foundation in Portland (which, I know, I can’t shut up about, because I am passionately in love with them). The founders of Let Live (a non-profit) are also owners of the stores in the vegan mini-mall (for-profit businesses).

They use their left arm (the for-profits) to help their right arm (the non-for-profit). Seems like a win-win model, which, ultimately, has the potential to make even greater change for animals.

Oh, and somewhat on a  sidenote: When I heard about the vegan dog food earlier today, I posted it to my Facebook page. Someone immediately commented that the vitamins in the food are animal-derived. Since Erik Marcus from Vegan.com already said what I would have liked to, I’ll just quote his recent post:

, it’s impossible to make the case that animal-derived vitamins fund animal agribusiness in any remotely significant way—the quantities of animal matter involved are too miniscule to get worked up about.

“Antennae” Journal Focuses on Animal Advocacy and the Arts