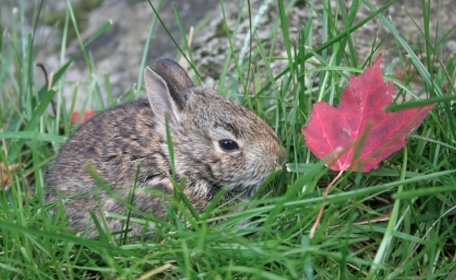 With the new release of the animated movie, Hop (which stars the Easter Bunny’s son, E.B.), coinciding with the already exploitative side of the Easter season (remember the rescued “Easter chicks” from Farm Sanctuary?), Green Mountain Animal Defenders has launched a campaign educating parents that bunnies aren’t always the easiest pets, and urging them to think twice before bringing one home to Junior. 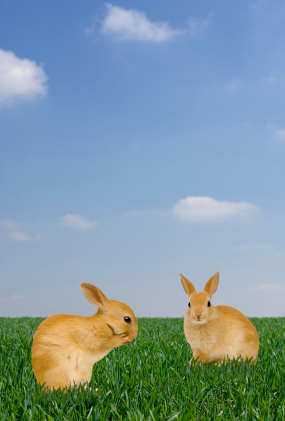 According to the article, “Say No to Giving Bunnies as Gifts,” written by GMAD’s Brenna Galdenzi, similar films geared toward kids, like Finding Nemo and One Hundred and One Dalmatians have resulted in buying sprees of clownfish and (difficult-to-handle) dalmatian puppies. Once the hype wears off and the commitment level necessary to care for these animals sinks in, they are frequently abandoned, flushed (in the case of the fish), or surrendered to an animal shelter — where many will not receive adequate care, and others will be euthanized. Regarding the popularity of Hop, a film that GMAD is most certainly not boycotting — but rather, using as a teaching opportunity — Galdenzi writes:

We are hoping that before you make a decision to add a bunny to your household, that you understand the animal and make sure you can provide him/her with adequate care. Rabbits generally do not like being handled and will often times hide or scratch to escape handling. A child’s excitement will undoubtedly result in harm to both the child and animal. Bunnies are also destructive. If you keep them indoors, they pull up carpet, gnaw on baseboards, chew on power cords, rip up books and nibble on clothing. While a child may not understand the commitment level involved in caring for any pet, it is up to us, as adults to know what is best! Go for a stuffed animal bunny or sponsor a bunny in need through one of the many great organizations, like Best Friends.

Galdenzi also encourages people who decide to add a new pet to their home to adopt from their local shelter, or search around on Pet Finder for an animal in need. Clearly, there are countless bunnies (and just about every other animal you can imagine) who are in dire need of loving, responsible homes.

As part of their commitment to this campaign, and the important timing of taking advantage of Hop‘s release, GMAD developed “Bunnies as pets aren’t for everybunny!” handouts (single-page flier [HOP Poster – PDF] and folded notecards [GMADHOP – PDF]) detailing, in a friendly, non-judgmental way, the issues outlined with buying bunnies, and the accessible, fun, and humane alternatives. 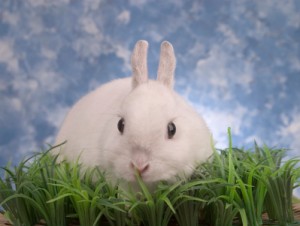 Adopt or Sponsor a Bunny

GMAD has been having success with calling busy movie theaters for outreach possibilities — some are letting them distribute the fliers at the screenings, and others are allowing them to leave stacks of them in the bathrooms. Of course, assuming the outside of the theater is a public space, it is totally within our rights to leaflet with the flier on the sidewalk outside, as people are exiting or entering the theater. (Remember not to block foot traffic.)

If you’re interested in reaching out to the theater beforehand, as opposed to leafleting outside unannounced, feel free to use Galdenzi’s inquiry letter as your template, tweaking accordingly, of course:

I’m Brenna Galdenzi, the volunteer coordinator for Green Mountain Animal Defenders out of Burlington, VT, and I was wondering if you’d allow our group to pass out the attached flyer prior to the showing of the movie HOP. The attached flyer will be folded so it’ll be a two sided, card size hand-out. We were thinking of  maybe having one or two volunteers on a Saturday distribute the flyer either before or after the HOP movie. Oftentimes around Easter, parents rush out to buy bunnies as Easter presents, not really knowing the level of commitment and care that is required.  These bunnies end up either being released outdoors and perish or are surrendered to shelters.  It’s a lose/lose for the animal and the child.  Our group loves working with the community on various issues & we’d love your support on this initiative. Please feel free to give me a call.  I look forward to hearing from you.

Of course, rather than leaving the ball in their court, you can tell the theater management that you’ll follow-up on such-and-such date, either by phone or in person.

If you want more information about this campaign, contact Brenna Galdenzi at brenna[at]gmad.info.

For other cruelty-free Easter ideas, check out “Egg-free Easter,” and don’t forget to “Peep Up.”

Do You Find Social Media Terms Confusing? Yeah, Me Too…