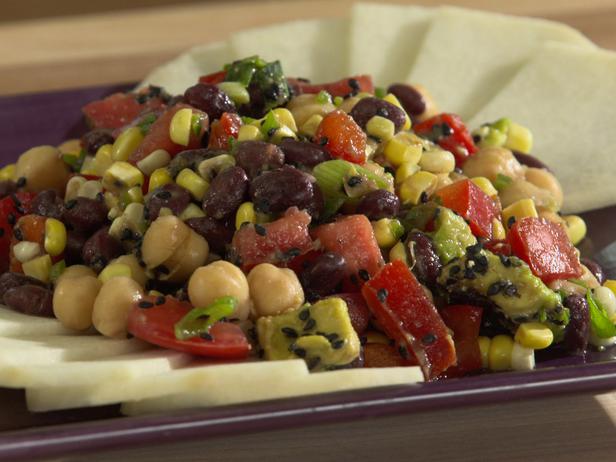 2013 is *so* going to be the year of mainstreaming the movement to end the exploitation of animals, which includes, of course, mainstreaming veganism.
To that end, task one — to get a vegan cooking show on the Cooking Channel — can be crossed of the list. That’s thanks to Detroit-born chef Jason Wrobel, and some wise foresight by producers and TV execs alike. Well done, kids. It’s about time that this popular (but usually hideously oppressive) network got with the game. Veganism is on the rise, and more and more, it’s being widely recognized that cruelty-free food is not only the healthiest out there, but it’s decadent, delicious, and accessible.

Vegan Mash-Up has already begun to penetrate the TV airwaves with seitan recipes and tofu humor, though — for now, anyway — they are sticking to the public stations. The fact that the absolutely humungous Cooking Channel network has jumped on the vegan bandwagon is a stark reminder of the progress we animal advocates are making, and, similarly, a reminder that we need to remain loud, proud, and present. 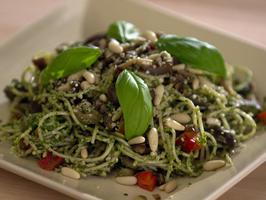 The show, entitled “How to Live to 100,” will focus on plant-based superfoods (some of the recipes are already available). It first airs on January 6, so after you check the listings, howzabout starting ’13 off right and thank the the Cooking Channel for being ahead of the curve and airing a vegan cooking show on mainstream television. That’s activism too, folks, and it’s the kind that puts a smile on everyone’s face. (Just be careful of having green teeth when you smile, because good god does Wrobel’s Cilantro Lime Pesto Pasta effectively seduce…)
Share 0 FacebookTwitterPinterestEmail
previous post