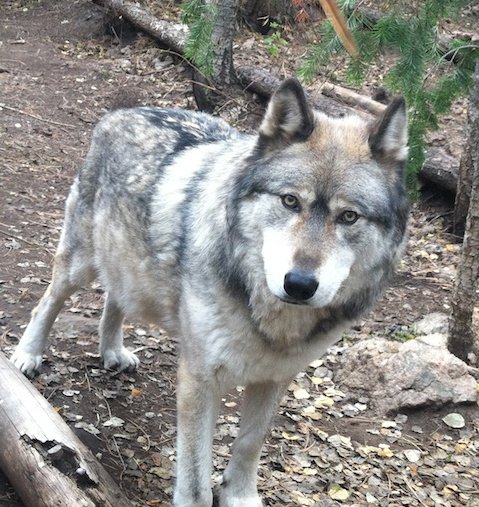 We are honored that filmmaker Linda Hoaglund is joining us today to give us the inside scoop on how she discovered the plight of wolf-dogs, and why she has decided to make her next project a film that will shed light on how and why to change the world for them.
***
How I Found W.O.L.F. Sanctuary, and What it Taught Me
by Linda Hoaglund 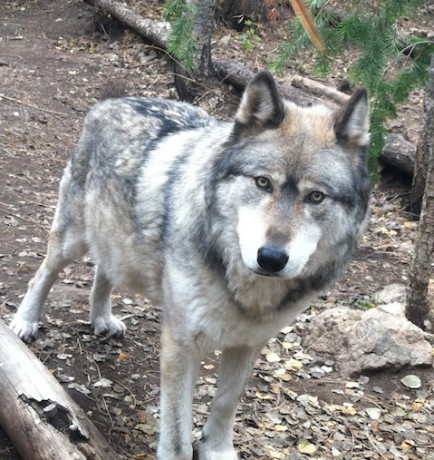 Wolf dog on the sanctuary

While all too often the news we hear about animals is tragic, we must never forget that there is another side to the story. All over the world, people are saving the lives of animals bred for profit, abused, or sold on the black market. Millions of us are adopting dogs and cats from shelters, rather than buying pets from breeders and pet stores. Many people devote their lives to providing sanctuaries and shelters for rescued animals. And these “rescues” are not a one-way street. By caring for wounded animals in need, we are learning just how much animals give back.
To me, this rescue movement is creating a major transformation in our relationship with animals, and, as a filmmaker, I want to help others to see this fundamental change. That is why I am working on a film, now in its final stages of completion, exploring this rescue movement. The narrative spine of the film, entitled The Wound and The Gift, is an ancient fable about a wounded crane, saved by peasants, who attempts to express her gratitude with a gift. Scenes from the folktale weave together stunning, real-life footage of rescued animals and their sanctuaries. 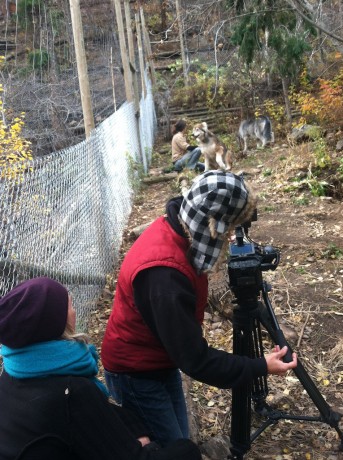 Kirsten Johnson filming Sigmund with Linda Hoaglund behind her

One of the places we filmed is called W.O.L.F. Sanctuary. Located in a remote valley in the foothills of the Rocky Mountains, W.O.L.F. is dedicated to providing permanent homes for nearly 30 rescued “wolf-dogs.” Before we filmed there, I had no idea that such an animal existed. And, in fact, they shouldn’t exist. Michelle Proulx, the primary caretaker at W.O.L.F., told me that wolves and dogs do not naturally breed in the wild because wolves see dogs as competitors, not a similar species to be accepted into packs to breed with. So wolves chase dogs away from their territory. Wolf-dogs only exist because human breeders mate wolves and dogs to sell as expensive pets, for prices that range from $5,000 to $10,000.
So why do these animals end up in a sanctuary, rather than living as pets? In fact, wolf-dogs are very difficult to keep as pets. They are highly intelligent and don’t look to humans for solutions or commands, and they will eventually challenge humans for the dominant role. They think independently and will fight to protect their territory. The bottom line is that wolf-dogs are intrinsically wild. Michelle told me that, tragically, 90 percent of them are killed before they are two years old. I realized that for the wolf-dogs living at W.O.L.F., this sanctuary is literally the only place on earth where they are safe. 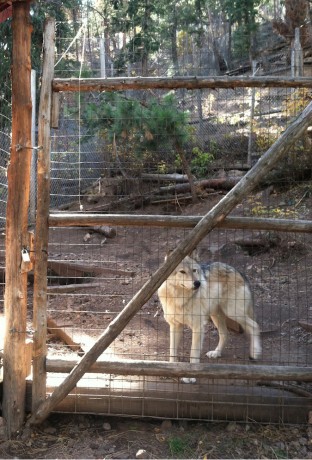 Another wolf dog on the sanctuary

When I first learned about W.O.L.F. via their website, I was immediately drawn to the story of Tonka, who had been rescued from a breeding facility. When the breeders decided they didn’t want the wolf-dogs because they were just too much work, the sheriff’s department came in and started shooting all of Tonka’s brothers and sisters. Tonka only survived because the sheriff ran out of ammunition.
When we arrived to film at W.O.L.F., Tonka was the first wolf-dog I asked about. We found him warily eying the strangers in our camera crew from about 25 feet up the steep slope in his enclosure. As we filmed Tonka, I could see that his eyes were still filled with fear. Michelle told us that although 10 years had passed since they rescued him, Tonka is still terrified of people. When she enters his enclosure, he hunches down trying to find somewhere to hide, and then just freezes in place, staring in terror. Seeing the fear in Tonka’s eyes, I realized that Tonka will probably never recover from that trauma.
I am continually inspired by the commitment and dedication that Michelle and her co-workers provide for these abused and abandoned creatures. Every day, they feed and walk the wolf-dogs, who obviously love them. The reality is that wolf-dogs just aren’t supposed to exist, so there are very few places where they can live in peace and be taken care of.
***
Right now, we’re in the midst of the final push for The Wound and the Gift. I encourage you to check out our Kickstarter campaign, which features exclusive footage from W.O.L.F and all of the amazing sanctuaries we visited for our film. We appreciate any help you can give, but if you can only give once, please consider donating to W.O.L.F. Sanctuary to support their amazing work.
*** 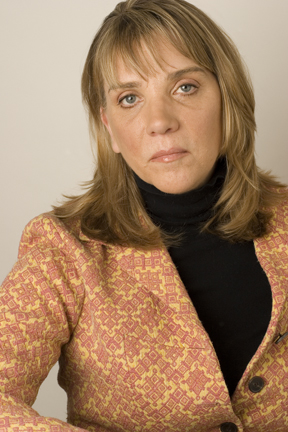 Linda Hoaglund was born and raised in Japan, the daughter of American missionaries. Because her parents made the unusual decision to send Linda to Japanese public schools, she is completely bilingual and bicultural. A graduate of Yale University, she has subtitled more than 200 Japanese films, including Miyazaki’s Spirited Away and Kurosawa’s Seven Samurai. Since 2006, Linda has written, directed and produced a trilogy of films about WWII: Wings of Defeat, ANPO: Art X War and Things Left Behind. Her most important qualification for directing The Wound and The Gift is caring for her dogs, Sweetie and Bones, who also serve as Technical Advisors on the film. They have taught Linda so much since she rescued them from the street and a shelter 10 years ago.
Share 0 FacebookTwitterPinterestEmail
previous post