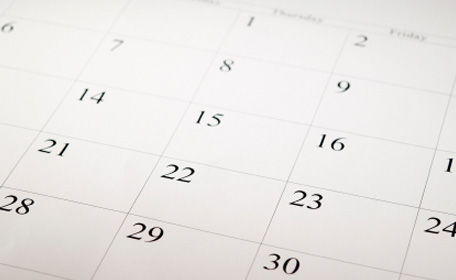 I basically can’t explain what a joy it is to watch as someone who cares deeply about animals develops into a strong, successful, and effective animal activist. I have had the opportunity to watch as Adrianne Prettyman went down that glorious road. Adrianne and I met several years back when I was heading up outreach for Farm Sanctuary in New York City. Every single month, she attended my activist meetings. She was consistently the first to arrive, and I knew I could rely on her to be the first to sign up for that month’s volunteer opportunities. Two things were clear to me then: 1. Adrianne had tremendous potential and an unrelenting drive to become the best activist she could be, and 2. She was nonetheless struggling with how to find her groove within AR — in her personal life and in her career. But she persevered, continued to volunteer with gusto, brought questions and concerns to each meeting, took notes, took more notes, took a few more, and eventually, she found her way. Adrianne soon shifted into a job in event planning, which is where in the story I’ll leave you — you should hear it from Adrianne herself. I was delighted when she agreed to share her journey with OHH readers today, and offer some tips on what worked for her, and how you can follow suit and find your own place as an event planner for animal rights.
***
How I Landed My Dream Job of Changing the World for Animals Through Event Planning (and How You Can, Too)
by Adrianne Prettyman
I love parties. I love attending them, crashing them, and planning them. I also love animals. I love rescuing them, bonding with them, and advocating on behalf of them. While reevaluating an unfulfilling job situation a few years back, I thought, “Why not combine these two passions into a kick-ass career?” Bang. At that moment, my new vocational path was forged. I am now one of those lucky bastards who make a living solely by promoting the vegan cause.
I currently work as a Program Manager for The Seed: A Vegan Experience, which is pretty much the greatest company on the planet. We aim to bring veganism into the mainstream by hosting thought-provoking mini-events and an annual large-scale vegan tradeshow in NYC. My key role for the tradeshow element is to secure enough quality vendors and restaurant participants to accommodate over three thousand guests, and I also piece together and manage our Operations Schedule, outlining the minute-by-minute happenings of the show. I work with an absolutely stellar team, which just so happens to include the lovely and talented Jasmin and Mariann from Our Hen House! They act as The Seed’s sole consultants, and we couldn’t have pulled off our first tradeshow without their invaluable help and advice. And, not for nothing, but The Seed is the sole sponsor of the coveted Our Hen House podcast.
So how did a music performance major from Minnesota wind up living her dreams as an event planner for animal rights? 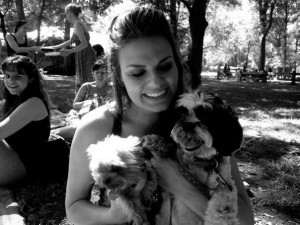 It must be humbly stated that Jasmin is the person who inspired me to follow this event-planning-for-animals path, and I will forever be appreciative of her faith in my abilities. Shortly after moving to the big city of New York, I decided to join Farm Sanctuary’s Advocacy Campaign Team (ACT), as it was called then, to get involved in the activist community. Jasmin, who headed up outreach for Farm Sanctuary at that time, led those meetings with buckets of fervor and inspiration, and her words of conviction persuaded me to consider a vegan lifestyle (I had been a vegetarian since the age of twelve). During my transition to awesomeness, ACT included me in regular outreach activities such as leafleting, Adopt-A-Turkey tabling, and benefit concerts. I began to lean toward leadership roles when volunteering for events, which allowed me to meet influential vegans and land the part-time position of NYC Coordinator for Farm Sanctuary’s Walk for Farm Animals. It was at this point that I realized my passion for event planning, so I took the plunge and began working in an entry-level position at a premier corporate event company. While developing my craft at this nine-to-five day job, I also made time to organize smaller animal-centric events on the side, including a successful fundraising party to support the amazing work of Our Hen House. Little did I know that Jasmin and Mariann had begun consulting for The Seed, whose staff just so happened to be in need of an event coordinator. It was while I was on a run in Central Park that I got the call requesting an interview, and I stopped dead in my tracks. I could get paid at a full-time vegan event planning job? What the &*$#%@?!
I already admitted to feeling lucky. That I am. However, I can assure you that the opportunity at The Seed did not magically manifest itself as an act of fate, chance, or destiny. Instead of just daydreaming about the perfect animal advocacy job, I am a strong believer that we must promote ourselves through networking, preparation, and old-fashioned elbow grease. There are so many creative ways that a variety of skill sets can be utilized in the animal rights job market.
If you want a career in compassionate event planning, here’s what you gotta do:
Step #1: Network! I got so sick of listening to my collegiate career advisors blab about this concept. Now I understand its importance. Getting to know your local vegan community is priority número uno. These are the people who will lead you to event volunteer opportunities, educate you on new organizations, and possibly even hire you in the future! For example, positive connections with vegan catering companies, restaurants, bakeries, etc., can come in handy when throwing together those low-budget events that require food donations.
Attend meet-up group activities, join established animal activism organizations, and volunteer your time at advocacy events to get your foot in the door. You never know who you’ll meet at the next local leafleting!
Step #2: Get some experience and pump up that resume. The best way to build confidence is to learn the ropes from the current experts in the field.
Entry-level event planning jobs rarely require a hospitality degree; most employers are looking for detail-oriented, eager recruits who are quick learners and have a positive attitude. There are various event categories: weddings, corporate travel, galas, tradeshows, fundraisers, product launches, etc. Figure out what types appeal to you, and then get your resume out there through – you guessed it – networking!
Another way to gain experience without shifting careers is to shadow an event planner and volunteer to assist her/him at an upcoming event. A budding event planner asked to shadow me at The Seed’s tradeshow, and in addition to feeling flattered, I appreciated her ongoing helpfulness during a hectic two-day event.
Step #3: Build a pro bono portfolio. Let’s face it. Animal advocacy groups are not headquartered on Wall Street. Even the most powerful of these organizations do not have boatloads of cash to shell out to event planners for frivolous parties. I suggest reaching out to smaller nonprofit organizations that might need a financial boost in the form of an intimate fundraising event. Because the proceeds will go directly to charity, you will have a much easier time landing an inexpensive venue, finding food sponsors, and securing donations for a raffle. Your first few go-arounds will probably be unpaid gigs; however, these are vital learning opportunities where you can hone your craft and assert your name in the vegan community.
I guess the moral of my story (so far) is that anyone, with any skill set, can make a difference in the world for animals. If you’re someone who enjoys philosophical debate, you can engage in conversations with the non-vegan community. If you’re someone who likes to run, you can raise money by racing for a worthy charity. If you’re someone who loves parties, you can organize vegan events that spread awareness and support organizations in need.
Each of us can find a way to change the world for animals. I love parties, so this is my way.
*** 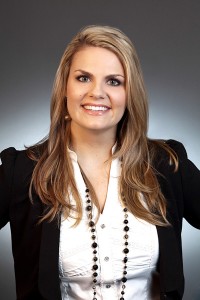 Adrianne Prettyman works as a Program Manager at The Seed: A Vegan Experience, which is a company focused on bringing attention to the modern vegan lifestyle through frequent events and an annual large-scale tradeshow. Adrianne blogs regularly about her vegan-centric musings on The Seed’s website. She competes annually in marathons, displaying the power of a plant-based diet, and she hopes that her healthy and compassionate choices will rub off on as many people as possible!

Vegan Castle in the Clouds: Visit The Vegan Lodge Before They Close Their Doors