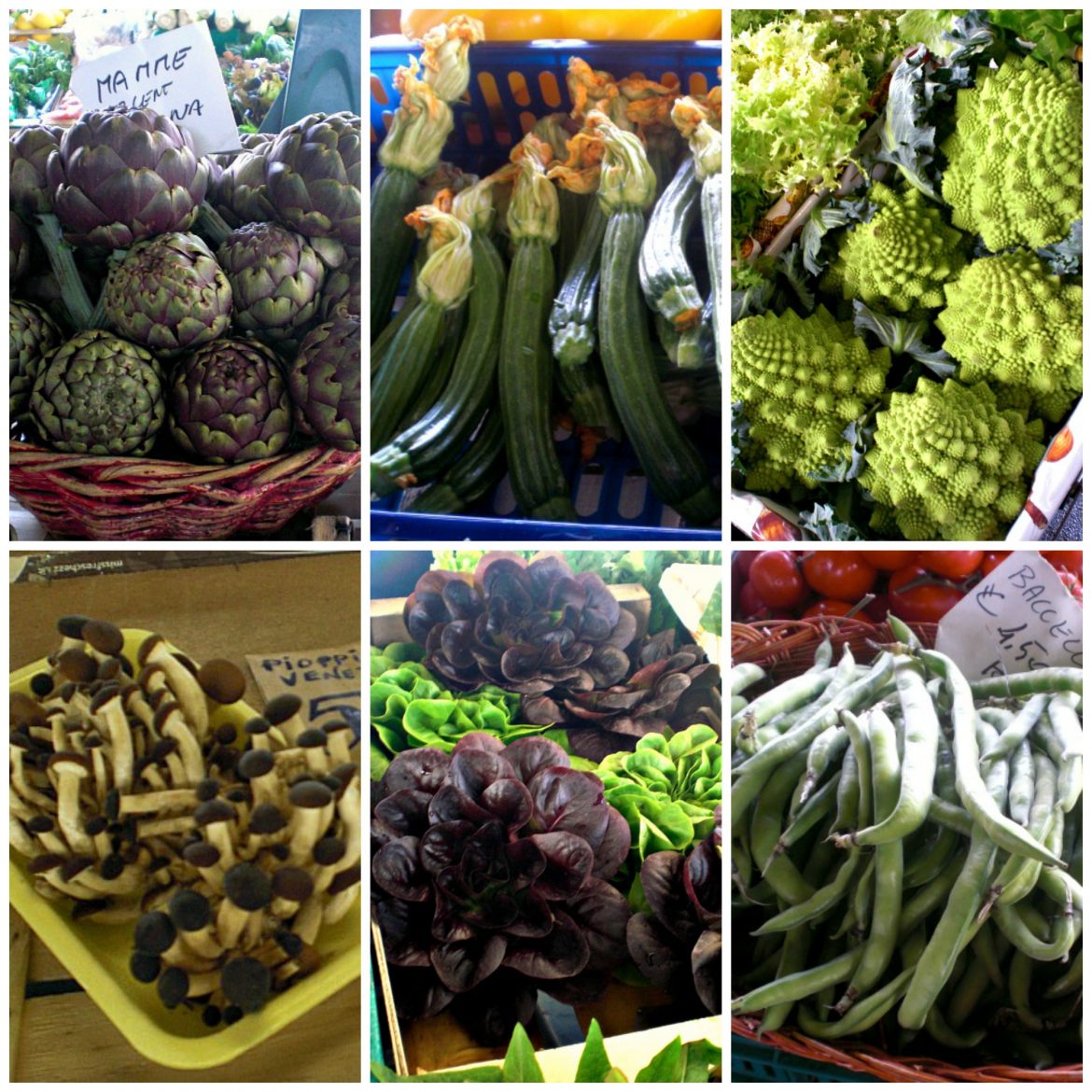 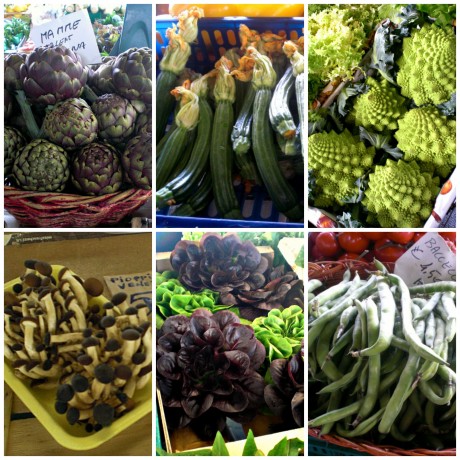 If you’ve ever attended a dinner or event that I’ve catered, you’ll have probably sensed that I tend to prepare a tad more food than can get eaten in one night (read: we’ll be eating leftovers for a week). I call this tendency my “Italian Grandmother Impulse.” This past March, I had the immense pleasure of revisiting the roots of this impulse by spending my school’s spring break in Florence, Italy, where my aunt has lived as an art historian for the past twenty-plus years.
My two-week spring break visit to Florence marked my second Italian excursion since I became vegan nearly four years ago, so I knew from experience this time around how ridiculously easy it is to navigate Italy as a vegan. The friends whom I told about my trip, however, expressed their doubts: “Don’t they sprinkle parmesan on everything? I hear that Florence is famous for its steak! But pasta has, like, egg in it, right? How are you going to go to Italy without eating pizza?”
I get where they’re coming from: the Americanized version of Italian cuisine familiar to us would convince anyone of the impossibility of eating vegan in Italy. However, Italians would scoff at most of the dishes that we think represent their gastronomy: you would never find spaghetti and meatballs on the menu of a restaurant in Italy, and Italian-American food dramatically over-emphasizes meat in its versions of traditional dishes. In contrast, true Italian cuisine boasts a stunning array of animal-free delicacies, from grilled vegetable platters, to bean soups, to the most perfect bread you’ve ever tasted, to the humble yet always welcome olive. 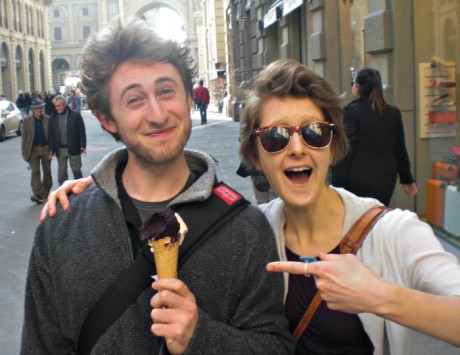 My travel companion Gabe and I celebrating his first ever gelato (vegan blackberry & soy hazelnut).

You’ll find dry pasta, which contains no egg, in every restaurant; chefs will happily make an impeccable wood-fired pizza with no cheese and plenty of succulent veggies; traditionally prepared risotto contains no cream; the vast majority of fruit-based gelato contains no dairy or eggs, and soy- and almond-based gelato is popping up all over the place; everything is cooked in olive oil rather than butter…I could go on.
In addition to the already vegan aspects of traditional Italian cuisine, more and more vegan specialty items have recently become popular in Italy, suggesting a growing consciousness of animal-free eating. In Florence alone I know of four well-stocked natural foods stores, all of which boast a variety of plant-based milks and yogurt, marinated tofu, seitan, vegan mayonnaise, and animal-free pastries. Five all-vegetarian restaurants have done successful business for at least the past four years, and one (known as Il Vegetariano) has enjoyed a cult following since 1981. Hole-in-the-wall panini shops have begun advertising vegan sandwiches on their outdoor menu displays. Waiters understand the word “vegan” rather than having to interpret my horribly pronounced “Che sono qui senza latte ni carne?” (“Is there anything here without milk or meat?”). Yes, eating animal-free in Italy poses no difficulty for your average vegan traveler. 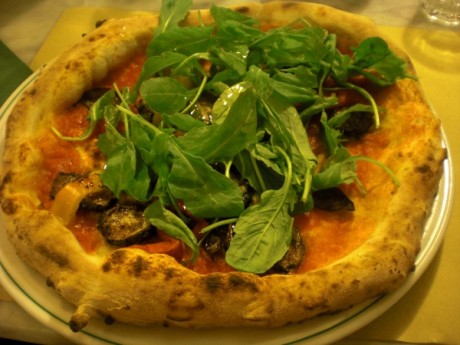 With all of this in mind, I’d like to provide you with my top five tips for ensuring a satisfying and overwhelmingly delicious vegan visit to Italy.
1.) Order from the insalate, zuppe, and contorni sections of the menu. These titles translate to “salads,” “soups,” and “sides.” While you might sigh at the idea of once again cobbling together a meal from these small dishes offered at non-vegan eateries, in Italy, they provide impressive culinary feats in and of themselves. The Italians have a remarkable ability to coax the maximum flavor out of each and every vegetable, bean, and grain, creating new flavors with the plants that we Americans think we know. Some of the most memorable meals that I’ve enjoyed at non-vegan restaurants in Italy have included such tasty creations as fluffy rice topped with an enormous pile of shaved white truffle, thick and hearty white bean soup, silky-smooth sautéed spinach, and toothsome farro tossed in a bright vinaigrette. Trust me: in Italy, you can revel in the cobbling. 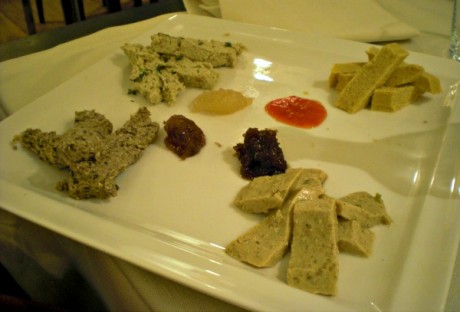 2.) Don’t be afraid to customize your order. As in the States, most chefs will gladly honor requests to remove the meat and cheese garnishes from any dish. Though doing so may feel like you’re rendering the dish rather empty, the artful preparation of food in Italy guarantees that modified dishes will still provide scrumptious satisfaction. Indeed, my vegan mother and I enjoyed our wood-fired, veggie-laden, cheese-free pizzas so much for dinner one night that we returned to the pizzeria the very next night for round two. On multiple occasions, I’ve simply asked, and received an improvised yet masterfully composed, completely vegan dish. Those shaved truffles with a side of rice that I mentioned above? That’s how that happened. 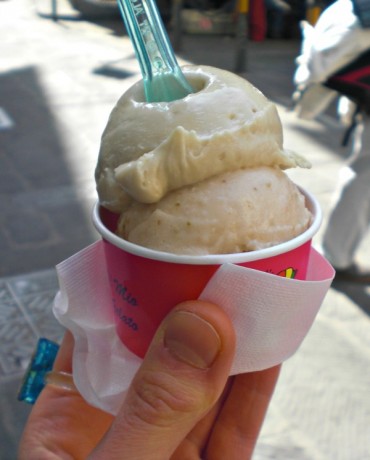 3.) Do your vegan restaurant research. As I explained before, the vegan movement has definitely spread to Italy in recent years, resulting in a plethora of animal-free eateries where you don’t have to worry about mangling the Italian language while questioning the server about the contents of a certain dish. In this regard, I’ve found HappyCow.net to be my very best friend. Simply type in the Italian city you’re visiting and relish the array of veg eateries that city has to offer. Florence produced so many results that I couldn’t even patronize all of them during my two-week stay!
4.) Visit the outdoor markets and natural foods stores. Italy boasts a bounty of open-air produce markets, all of which showcase beautiful fruits and veggies, some familiar and some lesser known (ever seen a cardoon?). Even if you don’t have access to a kitchen during your stay in Italy, I’d recommend strolling around these vibrant markets, if not simply to see the feisty Italian grandmothers determinedly haggle down the price of an eggplant. In terms of natural foods stores, another Happy Cow search will alert you to all of the establishments that will promise you a well-stocked vegan pantry. I even found some impressive products I’ve never seen in the U.S., such as rice-based mayonnaise and frozen pie shells made with kamut flour. 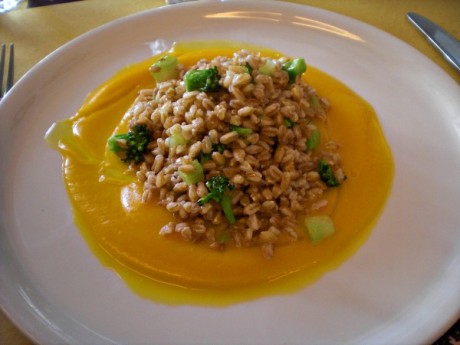 5.) Eat gelato for dessert every day. Maybe twice. Gelato has a rightful reputation as an intensely rich and creamy improvement on ice cream, and this decadent reputation by no means excludes the frozen treat from the vegan voyager’s gastronomic repertoire. Ask the gelateria’s counter staff just to make sure, but the vast majority of the fruit-based gelato that I’ve encountered contains absolutely no animal products. Not overly sweet, these gelatos taste like the concentrated essence of the fruits in which they’re based. Additionally, in nearly every gelateria that I visited on my last trip, I found multiple flavors of gelato made with plant milks, including an almond-based chamomile, a rice-based hazelnut, and a soy-based vanilla. All divine.
Now that you know the truth of the vegan friendliness of Italian cuisine, what are you waiting for? Book that plane ticket! And then invite me – I’m tingling with nostalgia after writing this. Viva l’Italia!
Share 0 FacebookTwitterPinterestEmail
previous post

Episode 17 of the Our Hen House TV Show is Now Viewable Online!

Oliver the city dog having some fun on the farm

Episode 258: “One day we will see our animals again in eternity...

Episode 275: “I have no objection to vivisection, provided the vivisectors experiment...