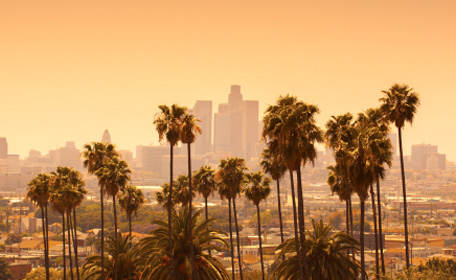 Leonardo DiCaprio had my heart back when he was on “Growing Pains.” At the time, I was hopelessly in love with Kirk Cameron (in an ironic turn of events, given Cameron’s more recent disgusting anti-LGBT campaigns, these days, I’m gay — take that, Mike Seaver). Though all of my M.A.S.H. games promised me I’d wed Kirk (they also promised me a mansion in Beverly Hills, and a Ferrari), I still spent at least 2 minutes of each half-hour episode swooning over Leo. To date, that was the most cliché thing I have ever done. 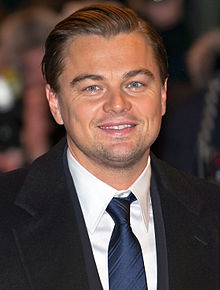 My lesbianism aside, these days, I am still swooning. But my fascination with Leo goes well beyond childhood fantasies of becoming Luke Bower’s homeless girlfriend whom the Seavers decide to also take in. My latest escapade with loving Leo is because the man cares about animals. Can you get sexier than that?
He cares so much that he, along with Tobey Maguire — a real live vegan superstar! — and Tom Hardy are teaming up to produce a movie focusing on animal-trafficking. According to The Hollywood Reporter:

Hardy came up with the idea, inspired by friends who are former Special Forces operatives and went on to become anti-poaching fighters in South Africa and other nations. The goal, say sources, is to make a movie in the vein of Traffic, Steven Soderbergh’s multistory take on the various impacts of the war on drugs. In this case, the story would look at everything from the ground war on poachers in the African savanna to how animal material ends up in the fashion houses of Paris.

As we’ve squawked about many times on OHH, there are inherent issues that cannot be ignored when animals are being used in any capacity for film. However, as movies like Planet of the Apes prove (don’t miss OHH’s take on that), animatronics can be the secret ingredient to a hit — and an ethical one, at that. So my hope is that this film utilizes animatronics for its production, proving once again that animal exploitation is not necessary for making films about animals. It’s especially sadly ironic when the point of the movie is to stand up for them.
Going on the assumption that the producers have already thought of that — and with ethically-driven Tobey in the mix, one would hope that’s the case — I am stoked about this film. Hollywood is in an ideal position to use its otherworldly power to speak on behalf of animals, and my dream is that this movie awakens people to the very serious issues of animal poaching.

Zoe Weil’s “Ongoing Problems With Kindness,” and the Activist Power of One-Person Shows