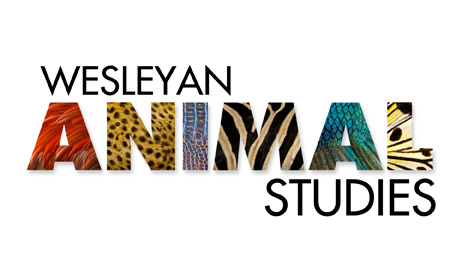 The much-anticipated Human-Animal Studies Fellowship, which is part of Wesleyan Animal Studies and is co-sponsored by the Animals and Society Institute, is once again taking applications. We’ve told you about this groundbreaking opportunity before, and are yet again thrilled that this fellowship continues. Happening next year from May 28-July 3, this program allows 6-8 fellows to pursue research in the ever-growing field of animal studies, at none other than one of the academic hubs for it, Wesleyan. According to the website, “The fellowship advances the field of human-animal studies in academia by making it possible for scholars to devote time to their research, and increasing the number of publications in the field.” Scholars selected for the fellowship will be awarded a stipend of $3,000 to help cover travel costs, housing, living expenses, books and other research expenses. There are more prerequisites, too (such as the need to possess a Ph.D., J.D., M.S.W. or equivalent, or be a doctoral student at the dissertation stage), so be sure to read the nitty-gritty.

I was especially excited to see that one of the featured speakers for the 2013 program is Timothy Pachirat, whose interview on our podcast remains one of my faves (and whose book, Every Twelve Seconds, is a lifechanger, and is available right here on Our Hen House). The deadline for applying is November 30, which — frighteningly — is a lot sooner than you might think. Where do I sign up? (Oh wait, I need a Ph.D. first… Ah well, a girl can dream.)
Just to leave you feeling inspired, according to the website,

Episode 139: “A man is truly ethical only when he obeys the compulsion to help all life he is able to assist, and shrinks from injuring anything that lives.”