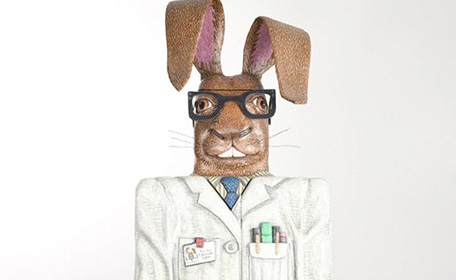 A social activist who is devoted to telling the truth, and who refuses to leave animal issues off the table? Yes please! Embodying that description is art educator, Gayle Weitz, PhD., whose current exhibit — Humanimals –– is currently on display at the Memorial Union in Madison, WI. According to the A.V. Club Madison:

Humanimals confronts many of the “problematic issues” Weitz sees in our society. Each of the 12 “human-size carved figurative cabinets” depicts an animal idiom (like “Foxy” or “Sheepish”) with the interior cabinet portion opening up to reveal “how humans typically treat the animal in the idiom,” such as the fur and wool industries. Besides “Foxy” and “Sheepish,” the exhibit also includes “Harebrained” (a doctor bunny), “Chickenhearted” (a farmer chicken), and “Night Owl” (an owl in a bathrobe). 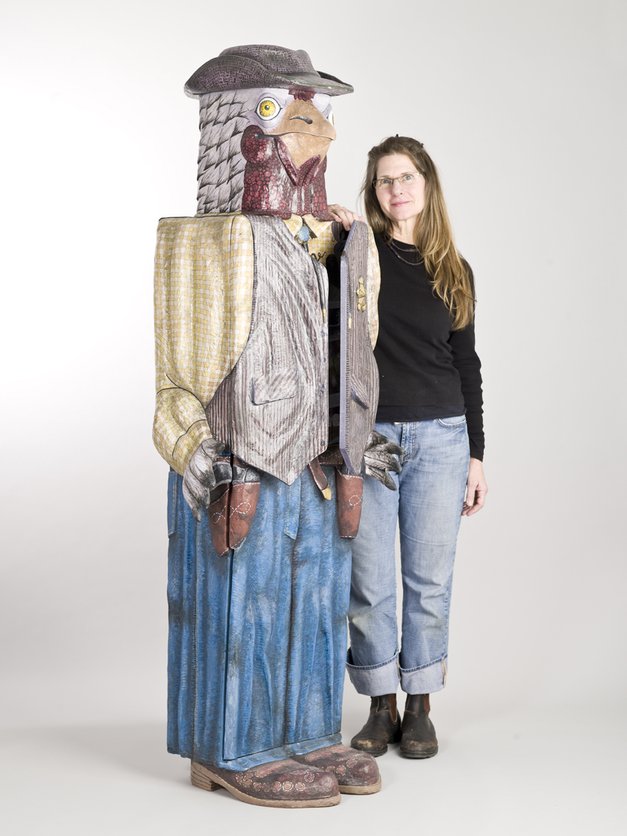 In this groundbreaking exhibit, Weitz’s examination of the oftentimes complex relationship between humans and animals — too often based in the collective societal acceptance that exploitation is okedoke — is explored, allowing the viewer to note the profound irony of, say, the aforementioned chicken farmer (pictured left). According to that article, Weitz “aims to ‘reveal truths’ and ‘penetrate the cultural ignorance in society.’”

My love for Madison, WI just got even deeper. Last year, Mariann and I spoke there at the Mad City Vegan Fest, which is memorialized in both our podcast episode (#76) that ruminated on our very-vegan trip to Madison (and interviewed some of Mad City’s own), as well as the video we made for VegNews, VegFest Mash-Up. We’ve actually been to (and thoroughly enjoyed) the Memorial Union, but only wish we could be there between now and March 20, so we could catch this eye-opening show. 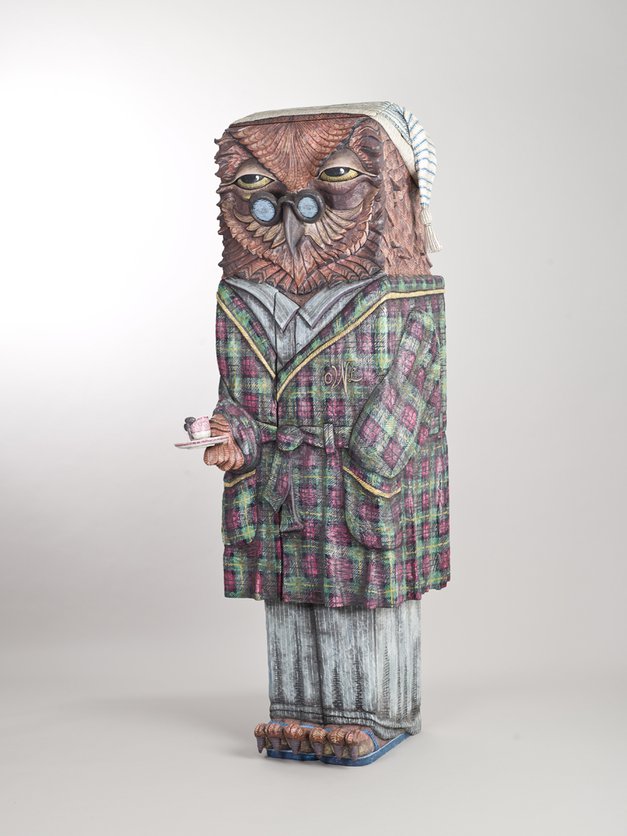 From “Humanimals” by Gayle Weitz

Picture at top of blog: “Harebrained” by Gayle Weitz, from “Humanimals”

This Valentine’s Day, Fall in Love at the Our Hen House Etsy Shop