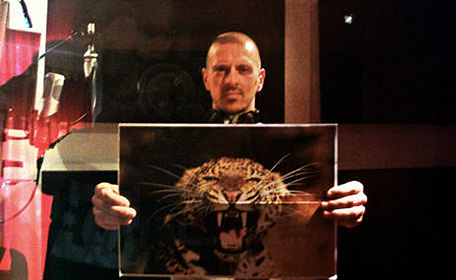 Rapper “IFEEL,” whose background includes running a music therapy program with abused children in group homes, has now made it his mission to speak up for animals, who, he says, are like abused children.”They hurt. They suffer. They cry,” he says. “They feel. They laugh. They love… They deserve freedom, dignity, and love as much as anyone else on this planet.” 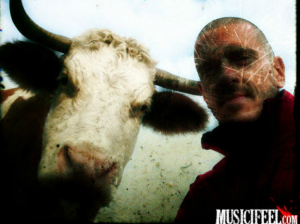 It is those emotions, and his passion for music, that inspired IFEEL to speak up for animals by way of his brilliant, moving lyrics. In a recent email exchange, he told me, “I rap to be the voice of animals (through music), help promote understanding and compassion and inspire more activist action.”

His raps range from “See the Stars Shine,” which was inspired by a factory farmed cow (“I want to taste the air and the breeze and the grass… I want to see what you don’t want to see.”); “We Goin to War,” which is about animals fighting back (“We’re stepping out and now we’re calling you out…”); and “Why I Do It,” which explains in harrowing detail why iFeel is a tireless activist (“I do it cuz it’s sad to see what we’ve become, I do it cuz there is much more to be done.”).

That last one, “Why I Do It,” has an accompanying video — which, admittedly, I have now watched about 12 times. Truly, I can not get enough of iFeel and his change-inducing music. This is exactly the kind of creative activism that inspires me, moving me to tears, making me want to create art with a purpose. According to his website, where you can hear several of his raps, his album will be released this summer. I’ll be first in line.

By the way, speaking of art and advocacy, ArtThreat just published an exciting piece about our Art of the Animal series, along with an in-depth interview with me about why and how it started.