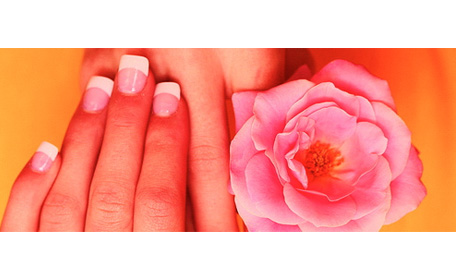 My hairdresser recently decided to open his own salon, and, knowing I’m an animal activist, he was excited to tell me that the products he planned to use were all cruelty-free. (I find it almost humorous when people waffle for even a second about using “cruelty-free” or “fair-trade,” since the alternative is literally “cruel” or “unfair” — Where is there even room for rumination?)

With my hairdresser, it was just a coincidence that the product he decided upon was cruelty-free (“First and foremost, my loyalty is with the customer and which product will best suit them,” he defensively told me, after I informed him that there are a plethora of really high-quality and sought-after products that don’t involve animal exploitation). And when I suggested the possibility of him marketing his salon to vegans — those who would most certainly appreciate his cruelty-free line — he said no, because he didn’t want anyone to think he was someone he wasn’t, and he was afraid a vegan might walk into his salon, point to his leather shoes, and proclaim “traitor!”

Thing is, even though I see his point, I still wish he could let vegans know that they can find these kinds of products at his salon.

In Arizona, Sundrops Nail Spot is doing just that. Though not an exclusively “cruelty-free” company, they offer an “all vegan Yogi service.” From their website:

Whether you are one or not this vegan treatment leaves you feeling balanced and relaxed. Enjoy a conditioning tonic soak followed by a wildcrafted Indonesian ginger scrub masque. Lastly, enjoy a hydrating massage infused with Vitamin C. This treatment relieves your skin of stress and severe dryness. Products by SPARITUAL*

The asterisk leads to this statement: “Service may be performed as Vegan.” And, upon further investigation, I learned that Sparitual is a line of all-vegan spa treatments, for the “enlightened consumer.” (Ha, again: as opposed to the “unenlightened” one … .)

This reminds me of what Brian Wilson, owner of the all-vegan Scapegoat Tattoo in Portland told me, that any business owner can make their business a vegan one.

The other side of that same coin is that even if you are not a business owner, why not ask that your local salon — or other business — create a “vegan special”? This does not have to be confined to just restaurants or food establishments. By urging a business to offer a product or service that is totally vegan (and marketed as such), there can be extremely positive outcomes in the following ways:

In all honesty, I stopped for a moment while writing this blog entry and asked myself (and Mariann) if this is somehow unethical; if it’s exploitative to ask non-vegan business owners such as my hairdresser to adopt a “vegan special” so that they can attract a vegan clientele even though they don’t share a vegan ethic.

Then I remembered that we’re trying to mainstream the message here, and one way of doing that — while also normalizing “vegan” — is by spreading it to the masses.

The question we need to ask ourselves is this: “At the end of the day, what will  create change for animals?” One answer to that question is to reach companies that reach consumers. Even if the entire business is not (yet) vegan, offering a “vegan special” will raise eyebrows and awareness, and might also plant the seeds necessary for the company — or another company — to go 100% vegan. (That’s what happened with the now 100% vegan restaurant in Los Angeles, Cruzer Pizza.) This idea — a “business within a business,” is a spin off of our previously posted restaurant within a restaurant.

So, ask a local business to create a “vegan special.” Tell them that it will heighten the meaning of “special.”

Now, if you’ll excuse me, I think I’m long overdue for a cruelty-free haircut, and even longer-overdue for a conversation with the guy who cuts it …