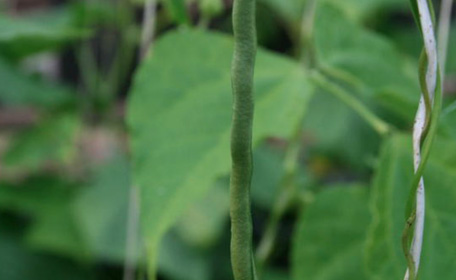 I’ve been known to kill things. By things, I mean plants, and lots of them. Even simple herbs like basil don’t really stand a chance when under my care. (It’s yet another good reason why I don’t have kids.) Thank goodness I compost, or not only would  I just be untalented in the green thumb department (let’s just call my thumb moldy), but I would also be wasteful. And we can’t have that…
And yet.
I really want to grow things. I want to make a salad and know that I made it happen. I want to give birth to a melon. (Wow, okay, that actually sounds kind of painful…)
Blame it on Portland, where I’m temporarily residing. There are gardens everywhere. You literally see kids in their front yards picking tomatoes and eating them… for fun… with their friends… kind of like party-style. In my day, we played with Barbie. Here in Portland, they prefer to farm. I’m intrigued. I’m longing for it. I am, it seems, a vegan chameleon.
I might as well just suck it up and join the club. I can do it, right? A year ago, I could barely walk up a flight of stairs, and now, I am well into training to run a half-marathon. If I can run 13 miles, I can certainly grow shit. And plus, most importantly, there’s an activist mentality behind it. Because, after all, as with anything else, there are ethical, animal-friendly ways of doing anything, and gardening in an earth- and animal-friendly way is pretty much a no-brainer (assuming you don’t kill things all the time). If I can relate growing plants to growing compassion, then I can tie this new hobby into my life’s mission to change the world for animals. I’m determined.
Ever since this seed was planted (ha!), I have not been able to get out of my mind the importance (and, dare I say, accessibility?) of veganic gardening. I want this to be a part of my life, and I want to sing its praises in a first-person I-DID-THIS! kind of way.
Here goes…
Veganic Gardening 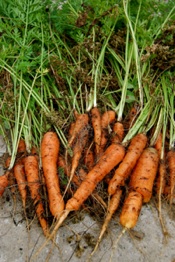 Northwest Veg has an amazing and informative Veganic Gardening Group (this photo is sourced to them, by the way).

Now, if you’ll excuse me, I have to go plant some seeds.***
Photo at top of blog: Source is Sunizona Family Farms.

***My apologies, readers. I simply could not end this blog entry without using that incredibly cheesy, yet glaringly appropriate, metaphor at least twice. Feel free to use it yourself, too. Several times. I won’t tell…
Share 0 FacebookTwitterPinterestEmail
previous post

The Best Gift Ever