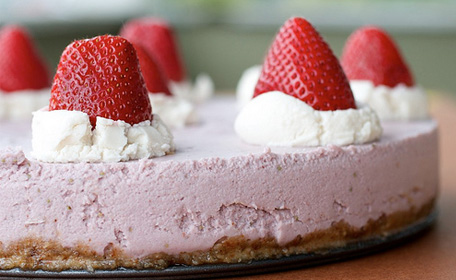 Unless you’ve been living under a box of egg replacer, you are already aware that it’s that tasty time again: The Worldwide Vegan Bake Sale (WVBS) is once again upon us! The brainchild of ethical pioneer Gary Loewenthal — who recently guest-blogged for us all about his newest brilliant idea of veganizing recipes on the comment section of popular food blogs — the WVBS occurs this year from April 23-May 1. Started in 2009, this WVBS movement (because that’s what it has turned into) is a grassroots effort allowing groups and individuals from around the world to host their own vegan bake sale, benefiting whatever good cause they’d like. Last year, the sales raised $40,000 globally, and even resulted in a wildly popular article on CNN.com (which, much to my insane excitement, quoted me in the first sentence).

(BTW: Don’t miss the 2nd bake sale collaboration between Our Hen House and Vegucated, happening in Brooklyn on April 27. Join us, and, if you feel so inclined, bake for us too!)

It’s hard to believe that the WVBS movement has grown this exponentially, so quickly. In addition to Gary’s innovative activist brain, you can also attribute the success and popularity of the WVBS to Isa Chandra Moskowitz, bestselling vegan cookbook author (and guest of our most-popular podcast episode ever, not coincidentally), who has been a publicly outspoken supporter of using grassroots tactics like bake sales to change the world. Because of Isa, vegan bake sales have raised funds and awareness not only for animal causes, but also for Haiti relief, and most recently, for Japan. (Newsflash, non-vegans: Animal rights activists care about people, too!)

Lucky for us, Gary and Isa agreed to chat with us about the WVBS — including their take on it’s popularity, and what goodies are in store for this year’s festivities. 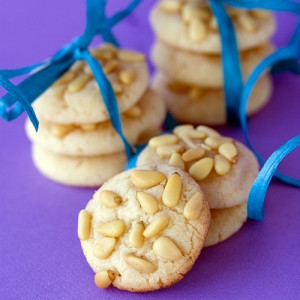 Our Hen House: Gary, what is the concept of the Worldwide Vegan Bake Sale?

Gary Loewenthal: The Worldwide Vegan Bake Sale (WVBS) concept is super-simple: Groups across the world hold vegan bake sales at around the same time. Each participating group can do whatever it wants with its proceeds. This simplicity might be why the WVBS is successful – each year, the number of participating groups increases, and for the second year in a row we’ll have participants on six continents.

Vegan bake sales are a fun and low-stress way to raise money for worthy causes, while showing the public the tastiness and diversity of vegan baked goods. The WVBS magnifies the effect: The profusion of bake sales occurring throughout the world at approximately the same time creates a positive, energizing buzz that attracts more bake sales as well as media attention.

OHH: It seems like vegan bake sales have taken on a life all their own. People get really loopy over them. Isa, why are vegans so excited about bake sales?

Isa Chandra Moskowitz: I think people get excited about participating because it’s fun and easy. Even if you have no experience, it gives you a great excuse to follow a recipe and try your hand at baking. Baking in itself is really rewarding, so doing it for a good cause elevates that to mind-blowing proportions. Plus, you get to hang out with other vegans, and trade baking secrets and baking gossip.

GL: For groups that regularly do vegan outreach, bake sales can be a nice change of pace. You’re likely to attract new volunteers as well as non-vegan bakers – who may permanently incorporate a vegan baking recipe (or several) into their repertoire once they find out how easy and delicious it is.

OHH: Isa, in what ways have bake sales made an impact on awareness-raising and fundraising?

ICM: You’re reaching an audience that might not stop if you were handing out vegan literature, and that is so important. Even if people leave with solely the impression that vegan cupcakes maybe don’t taste so bad after all, that is a seed planted. The next time that person sees the word “vegan,” they may think of that cupcake instead of omg-militant-animal rights-terrorists, or what have you.

And the fundraising has been astronomical! People are really going all out and making thousands of dollars at a sale. Here in Omaha, we raised over 3K for Japan relief. But everything counts, there are smaller sales raising hundreds of dollars (sometimes with only one baker!) and making a huge impact.

OHH: Gary, how can people get involved with the vegan bake sale movement?

The WVBS website has a hundred tips on how to get started and how to run a smooth, satisfying, successful bake sale. (Don’t forget to signup once you’re about 90 percent sure you’re going to have a bake sale.) If you want to bake or volunteer for an existing bake sale, or buy some tantalizing treats at one, check out the WVBSschedule to see the bake sale nearest you. Bake sale organizers can always use more bakers – and customers!

OHH: What kinds of goodies can we look forward to at this year’s festivities?

GL: In terms of what to expect, goodie-wise – expect just about anything! The creativity and variety in the baked goods offered at vegan bake sales is amazing!

Here’s just a tiny sample of the delectables you’ll find at vegan bake sales across the world this month: 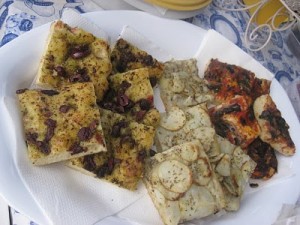 Handcraftedcaramels (check out these flavors!)

Cupcakes – all flavors, all fillings, all frostings

Muffins of every sort

Samoas and other types of Girl Scout cookies – veganized

Of course, the classic favorites – chocolate chip cookies, brownies, cinnamon rolls, and more – will be available at most of the bake sales. Most bake sales have gluten-free as well as nut-free options. Many bake sales include savory items and/or dog treats. All vegan!

***
Get involved with the WVBS today!