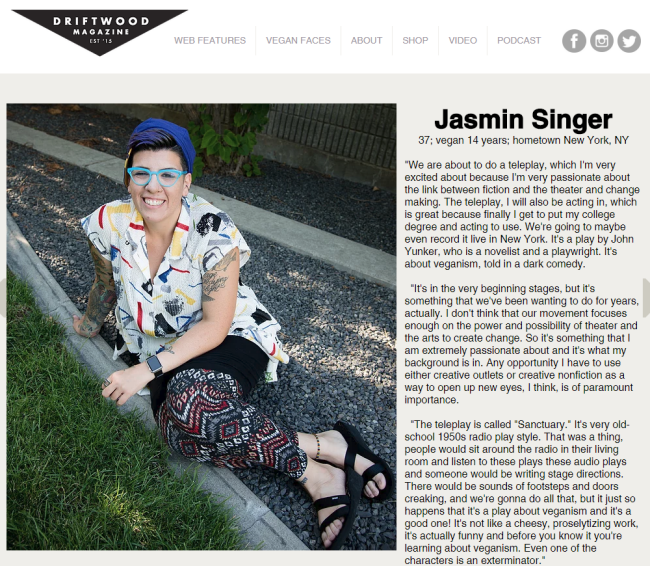 “We are about to do a teleplay, which I’m very excited about because I’m very passionate about the link between fiction and the theater and change making. The teleplay, I will also be acting in, which is great because finally I get to put my college degree and acting to use. We’re going to maybe even record it live in New York. It’s a play by John Yunker, who is a novelist and a playwright. It’s about veganism, told in a dark comedy.”

“The Power of the Pitch: Top Journalists and Editors Discuss How to...

peaceful dumpling: 5 Podcasts You Should Be Listening To

“Tranquility du Jour #368: Always Too Much And Never Enough” from Kmberly...

“Through Always Too Much, lesbian author hopes to help others” from The...

ANIMAL RIGHTS NEWS IS SPREADING ITS WINGS AND TAKING OFF! from “Jane...

YumUniverse: YU Should Know: Jasmin Singer from Our Hen House