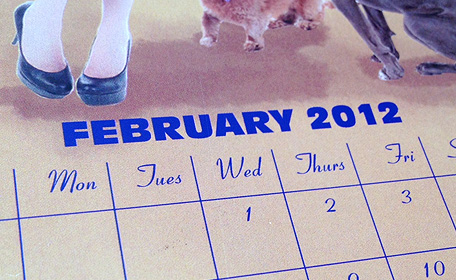 As I’ve talked about on the podcast, last year I submitted an application and some photos for a much sought after spot in the Pinups for Pitbulls calendar. Much to my off-the-charts excitement, this past fall, I found out that my dog, Rose, and I were chosen for the February spot (along with two other couplets). The Pinups for Pitbulls calendar is a project of the larger Pinups for Pitbulls organization, which provides massive awareness-raising and education to the general public about how sweet and gentle pit bulls are — not to mention how exploited, abused, and disregarded. In one of the most popular blog posts in Our Hen House history — Change the World for Pit Bulls — I outlined several organizations and activists who are working to shed light on these glorious creatures, and Pinups for Pitbulls is very high on that list. In addition to providing much-needed education around the issue — with the calendar being a huge annual fund- and awareness-raiser for them — they also rally against Breed Specific Legislation and Breed Discriminatory Laws (horrid laws that lawyer and activist Ledy Van Kavage helped demystify when she was on our podcast, way back when). According to their website, “PFPB’s goal is to restore the image of the pit bull-type dog to its former reputation of America’s companion animal, war hero, and family member.” 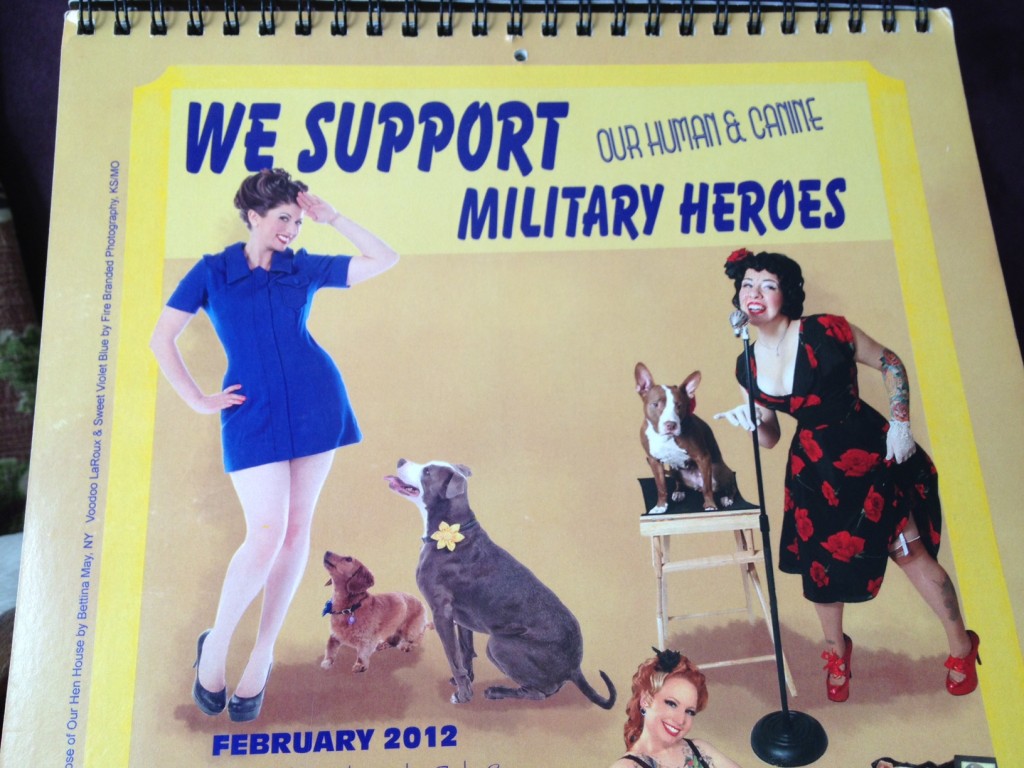 A pinup model… WHO KNEW? (We’re on the top right.)

The calendar is not only a fun and accessible way to help change these stereotypes, but, you’ve gotta admit, it’s a wickedly creative campaign! I’ve long gawked at the calendar models — both the human and non-human ones — which is why, last year, I decided to take my chances, because what did I have to lose? Getting model and performer Bettina May to do my photos and make-up was icing on my cruelty-free cake, because not only is she a well-known modern-day burlesque superstar, but she’s also an outspoken vegan. She has even created vegan versions of burlesque gear that traditionally uses animal products, like boas made out of fiber instead of feathers, yet look just like the “real deal” (minus the exploitation). My Rose was a trooper that day, too, and thoroughly enjoyed the attention and spotlight. 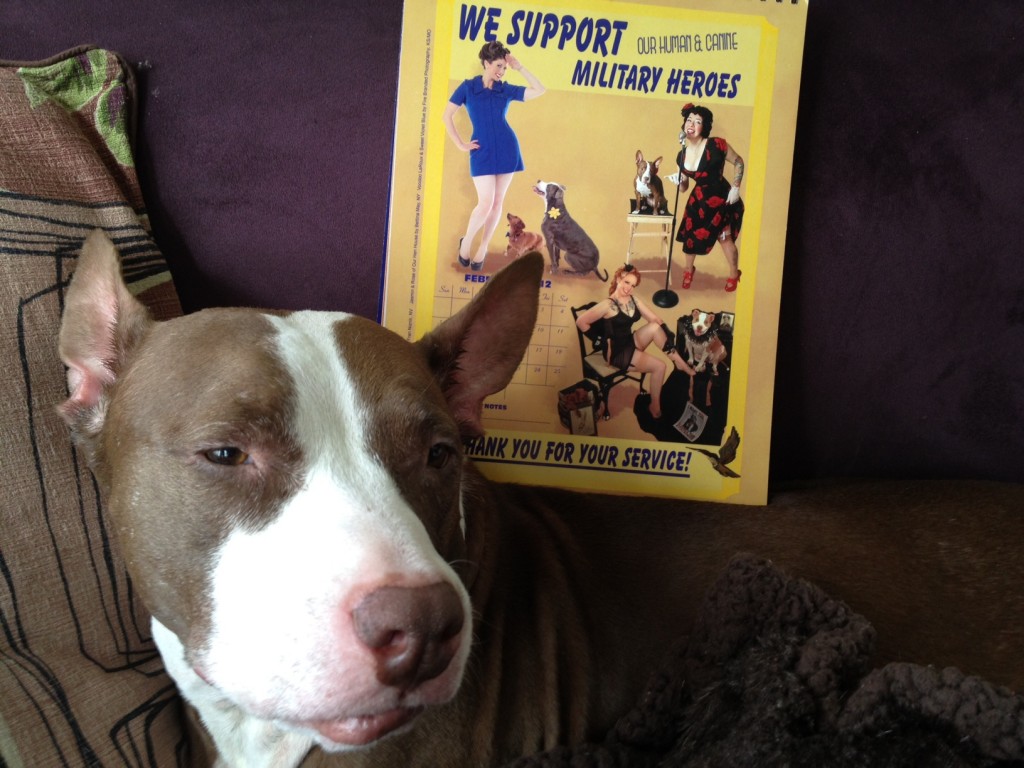 This is Rose. She totally knows how gorgeous she is. (As she should.)

Pinups for Pitbulls is certainly a think-outside-the-box type of organization, which is another reason why I’m gaga for them. Indeed, it’s not just the attractive women (many of whom have tattoos — sigh…) that draws me in, nor is it the perfect pits who steal the show. PFPB was founded in 2005 by Deirdre “Little Darling” Franklin. Little Darling was increasingly saddened and frustrated by “shelters” euthanizing totally adoptable pit bull-type dogs, simply because of their breed. So she tapped into her experience, skills, and interest in modeling, fine arts, and education, and started this truly one-of-a-kind organization. 7 years later, I am basically ecstatic to be among the women and dogs who can call themselves “Ms. February.” 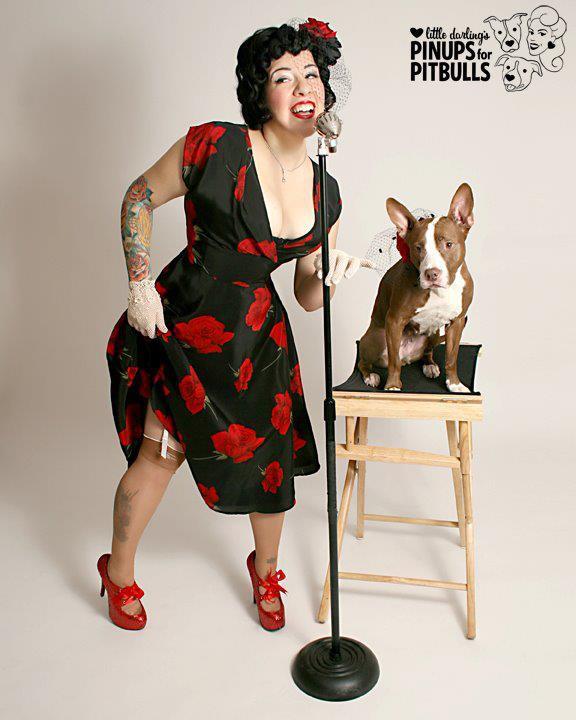 Photo by Bettina May

In addition to getting the calendar (quick! before it’s March!), and supporting this organization, there is also a lesson to be learned from this organization. A strong takeaway from PFPB is that nobody has to sit idly by and be frustrated by an animal issue. Much like Little Darling demonstrated when she grew this positive, accessible, and fun organization out of a desire to change the world — and a refusal to become complacent and accept a world where pit bulls are put down for no good reason — we can all plug our talents and skills into animal advocacy.

Another takeaway from PFPB? Rose is ridiculously gorgeous. And the 1940’s were a much more fashionable era.

Download Free Videos of All Kinds of Animals, Then Show to the World