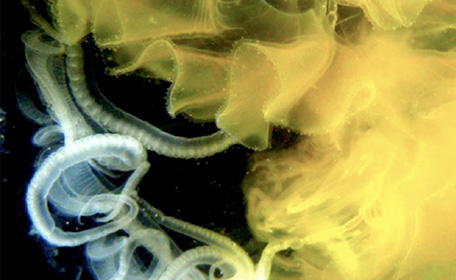 When Antennae: The Journal of Nature in Visual Culture comes out, it’s always reason to put down what you’re doing and peruse. We’ve told you about it before, and have been particularly intrigued by its emphasis on animals and the arts. The Summer 2012 issue, now available online, is — as expected — a must-read. The theme of the issue is “Animal Influence,” and it brings together written and visual work that was presented at a conference by that name which took place in November 2011 in Vancouver. The conference gathered nationally and internationally recognized artists as well as scholars whose work is influenced and informed by animals, their cognitive abilities, creativity and consciousness. 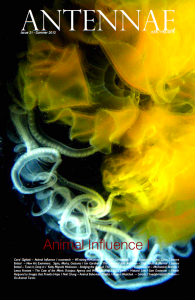 Among the articles are :

There is also much, much more. If the intersections of animal studies and art intrigue you, don’t miss the chance to check it out.