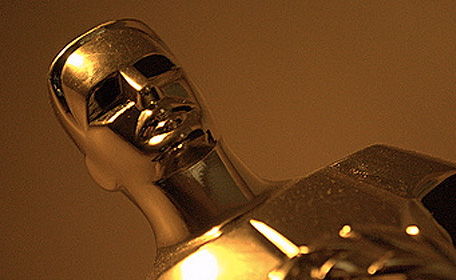 Film is perhaps the most useful tool that animal advocates have when educating others about the horrors of animal cruelty. Or, at least, I think so, since it was footage of animal exploitation that ultimately inspired me — on the spot — to go vegan. A few months later, similar footage resulted in my mother going vegan, and various other members of my family. Chances are, many of you have had a similar experience with the power of film.

However, I’ve always felt that our movement was missing films that are completely mainstream and reach people like my meat-eating brother. Then last year, my feeling of film scarcity was challenged, then changed, by two important animal films — The Cove and Food, Inc. — both of which are nominated for an Oscar this year!

There are two other films about to come out which I simply cannot wait to see. You have probably already heard about Forks Over Knives, a film that “examines the profound claim that most, if not all, of the degenerative diseases that afflict us can be controlled, or even reversed, by rejecting our present menu of animal-based and processed foods…. The major storyline in the film traces the personal journeys of a pair of pioneering yet under-appreciated researchers, Dr. T. Colin Campbell and Dr. Caldwell Esselstyn.” Oh yes, that will be an important film to see and to take people to — which is exactly what I will be doing, since I have a certain family member who insists that the most important lifestyle modification he needs to make in order to lower his blood pressure is to cut out his daily cup of coffee. (You sure about that?)

In addition to Forks Over Knives, there is another movie that everyone should know about. Let me tell you about PLANEAT (great, title, right?), “a film about how the way we eat affects us and the planet.” From their website:

‘PLANEAT: How to feed a planet’ is a provocative challenge to our love of meat and dairy. Tracking the work of a group of scientists, doctors and environmentalists, the film forces us to confront the evidence that a heavily animal-based diet is bad for our health, the environment and the future of the planet. The film features the ground-breaking work of Dr. T. Colin Campbell in China exploring the link between diet and cancer, Dr. Caldwell Esselstyn Jr’s use of diet to treat heart disease patients, and Professor Gidon Eshel and Professor Peter Singer’s philosophies on how to feed an ever-burgeoning population in the midst of global warming. With the help of some innovative chefs and farmers, we are shown how the problems we face today can be solved, without simply resorting to a diet of lentils and lettuce leaves.

Wow, Campbell and Esselstyn are making the rounds, huh? Good thing, since they are utter geniuses. Take a look at the trailer for PLANEAT:

Trailer from PLANEAT on Vimeo.

Granted, PLANEAT probably won’t receive the same mainstream attention that The Cove and Food, Inc. did — especially because it was made completely independently, and on no budget. That is why the producers of PLANEAT are requesting that you pledge to watch the film.

It goes without saying that if you have an interest in film-making, using that to mainstream the animal message has gigantic potential. Another film that is currently in post-production is Glass Walls, by Marisa Miller Wolfson. Glass Walls tells the story of three meat-eaters who agree to go vegan for six weeks, getting a full-on vegucation while they are at it. In the interest of full disclosure, I was lucky enough to be the creative consultant for this film, but regardless, I gotta tell you: this is one to look out for. Regarding the subjects’ experiment with veganism, the website teases: “The physical impacts of the lifestyle are noticeable, but it’s the emotional changes that are truly profound.” If you’re a budding filmmaker, then you’re in luck, because Marisa has offered to make herself available to anyone looking for advice on how to make a film for the greater good. (Note: The film’s name will change, since PETA recently released a different film with the same title.)

Whether you’re a up-and-coming Scorsese, or you have a Flipcam and a dream, using film to shed light on the horrors of factory farming and the beauteous, wondrous sentience of farm animals can truly move mountains — and people.