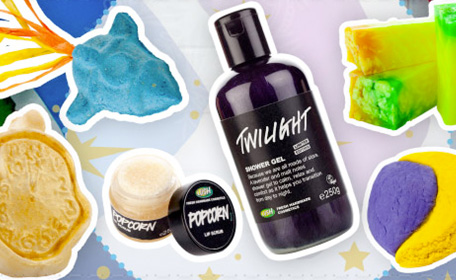 If you open my bathroom cabinet, it is entirely possible that a Golden Wonder bath bomb will fall out, or a Buffy body butter. That’s because I have the joy (and financial terror) of living practically around the corner from Lush, one of my favorite body care stores out there. Not only are they staunchly and loudly against animal testing,  but their many vegan products are clearly marked with a big “V”, leaving no guesswork for those of us who live in accordance with our ethical beliefs. (Hey, Lush, it would be so much simpler if everything were vegan!)
If only more companies could be as ethically conscious in their decisions as Lush….

Lush apparently wants that too, making clear how true-blue they really are. They just launched their first inaugural Lush prize to “Stamp Out Animal Testing“ which awards prizes for the promotion of cruelty-free research. This year, they awarded 13 winners in five categories —  Science, Lobbying, Training, Young Researcher, and Public Awareness (we are beyond elated to hear that our friends over at the film Maximum Tolerated Dose took that final prize home).
According to Lush:

The Lush Prize is designed to reward groups or individuals working in the field of cruelty-free scientific research, awareness-raising and lobbying to help bring to an end to animal testing. Its £250,000 annual prize fund – the biggest prize in the non-animal testing sector – seeks to focus pressure on safety testing for consumer products in a way which complements projects already addressing the animal testing of medicines.

If this isn’t incentive for companies and individuals to get creative about finding and fostering cruelty-free alternatives to horrific animal testing, what is? And furthermore, if this isn’t proof positive that mainstream companies that exist way far outside of the vegan bubble are finally beginning to wake up to the atrocities inherent in animal testing, and are fiercely standing against it, then I ask you, what is?
For those of you interested, nominations for the 2013 Stamp Out Animal Testing awards are now being accepted.