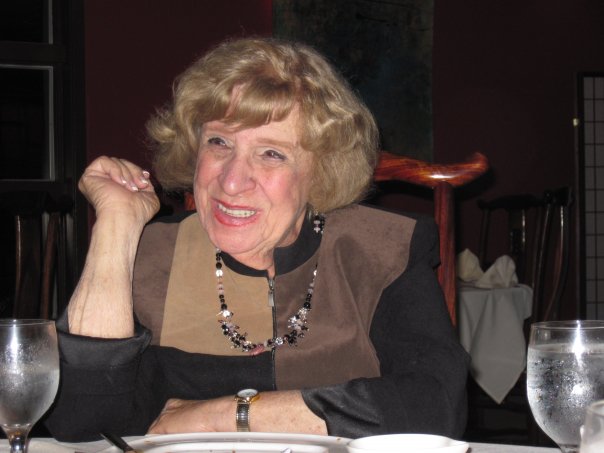 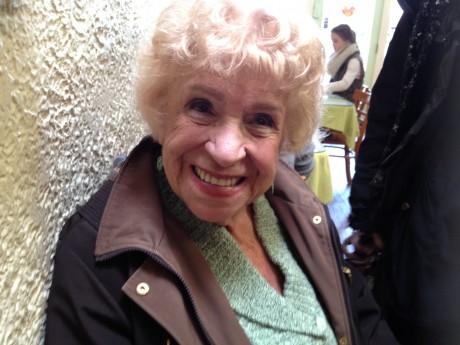 June 30, 2015
Today would have been my beloved grandma’s 91st birthday. I had always told her that she had to live until she was 100, but, at 89 — a year and a half ago — she lost her battle with a benign but aggressive brain tumor. In honor of Grandma’s 91st birthday, I am rerunning my very favorite piece that Our Hen House has ever published. It was written by Grandma when she was 88. Word to the wise: She’s about to become your hero, too…
Oh, and in case you can’t get enough of Sherrey Rose Glickman, be sure to listen to Episode 201 of the Our Hen House podcast — a tribute to her, which includes several of her appearances on our show.
Happy Birthday, Grandma. I miss you so much.
xo jazz
***
Here is what I wrote on December 9, 2012:
***
My grandmother is my hero; she always has been. She taught me how to play fair, how to be confident enough in myself so that idiots wouldn’t matter, and how to put on eyeliner. She showed me how to consistently strive for greatness (she thinks I’m great!), and gave me the self-assurance to tap into my talents in a way that would do good in the world. When I was 14, she taught me how to drive, how to memorize Frank Sinatra lyrics, and how to curse in Yiddish. She continually demonstrates compassion, kindness, generosity, and humility. Even now, at age 88, in the wake of losing her ability to walk, she keeps her head held high and her sense of self strong and unwavering. My grandmother is my favorite person on the planet, and she’s about to become your favorite, too.
xo jasmin 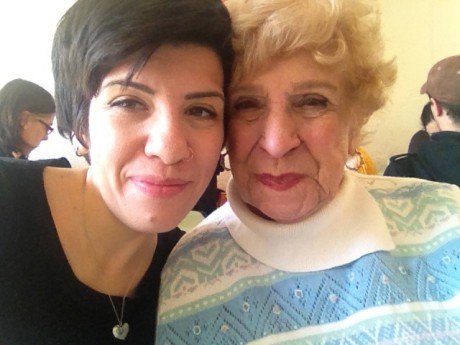 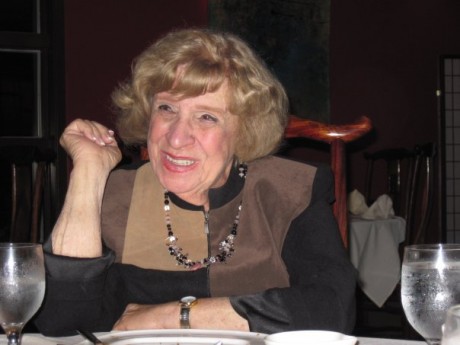 Sherrey Reim Glickman is an 88-year-old retired schoolteacher with a penchant for winning at mahjong. When not busy on her iPad, she can be found catching the latest indie flick, doting on her great-granddaughter and great-grand-dog, reading mystery novels, or singing old show tunes, perfectly on pitch. She lives in Marlboro, N.J.
Share 0 FacebookTwitterPinterestEmail
previous post