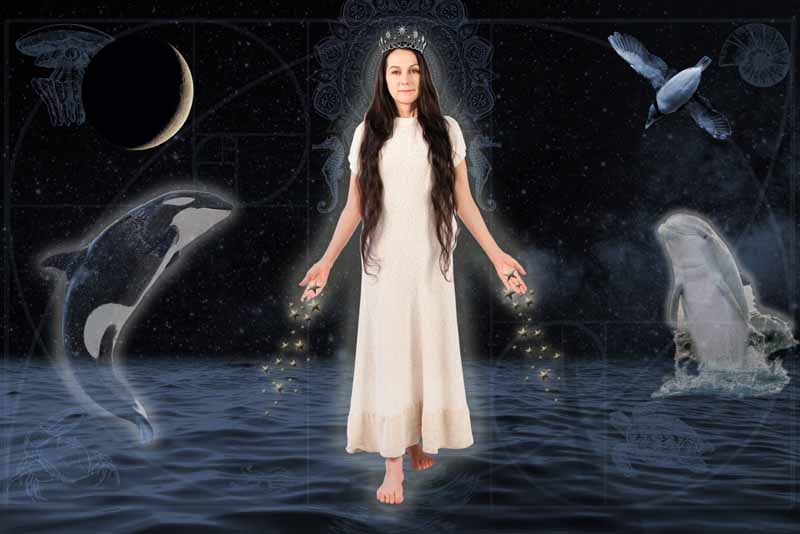 “My Meatless Life” and “Waves of Change”: Theatre and Art to Change the World for Animals

We’ve certainly sung the praises of the power of one-person shows that speak up for animals, and Ayinde Howell’s My Meatless Life is no exception. Ayinde, who you probably know as “Chef Ayinde” (he even graced our podcast once to talk about his popular popup restaurants, and his vision for the future of vegan food), is bringing his theatrical presentation to the Hollywood Fringe Festival on June 20 and 29. Described as “an improv, musical, dramedy, about the adventures of a lifelong vegan,” this one-man show is joining the likes of fellow animal ambassadors who have taken their journey into animal rights to the stage, such as Katya Lidsky with I’m Sorry: How An Apologist Became An Activist and Zoe Weill with Ongoing Problems With Kindness. And since no vegan advocacy is complete without scrumptious grub, lucky theatre-goers will be able to experience Ayinde’s famous “Mac and Yease” following his performance. If that’s not enough to get this theatre-loving, macaroni-craving New Yorker onto a cross-country flight, I don’t know what is … 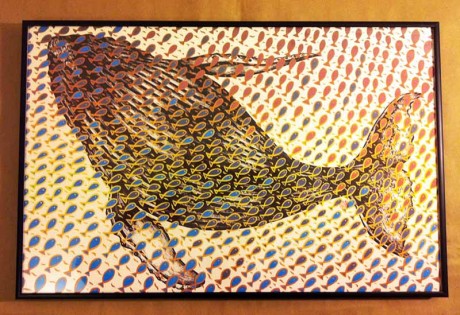 Meanwhile, here on the Right Coast, Sea Shepherd Conservation Society is about to host an exciting art show called Waves of Change, coming to NYC on June 27. The show will include the work of artists from around the world who have donated pieces in order to bring much-needed awareness (and funds) to Sea Shepherd’s vital ocean conservation efforts. For those of you not in NYC (and why the hell aren’t you?), select artwork from the benefit show is available for viewing online (and believe me, it is worth a perusal). According to Sea Shepherd:

Art for animals and Treeline Cheese? Does it get more inspiring? (We reviewed Treeline on a recent podcast episode, and I’m still having inappropriate romance dreams about it.) I love how both of these events are incorporating the arts alongside delicious vegan food. Even though art by itself frequently has inexplicable, otherworldly power to create change, adding grub to the mix can seal the deal.
Photo on main page by Derek Goodwin. 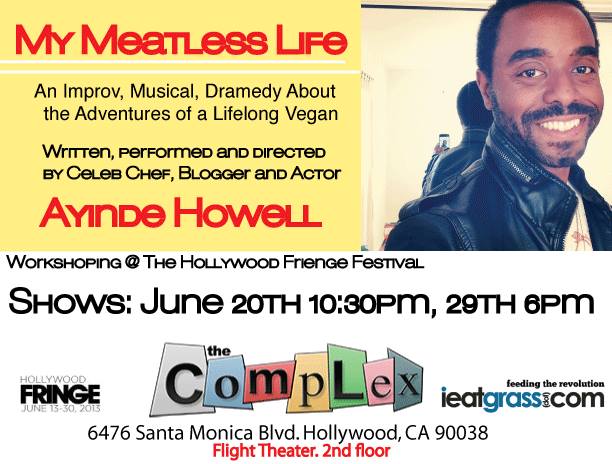 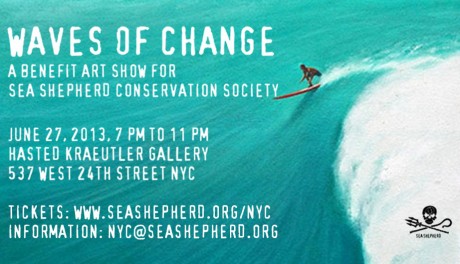