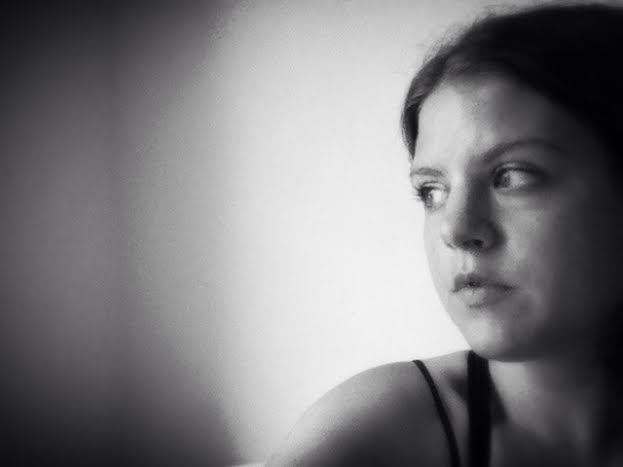 Local meat and dairy is often praised as the antidote to modern factory farming practices – but is it true? Today, Our Hen House is excited to welcome animal advocate and Yoga International associate editor Kathryn Ashworth. In her moving essay below, Kathryn explores the paradoxes inherent to farming beings in a so-called “kinder” way.
***
My Trip to a Local Dairy Farm: Shall We Call This Humane?
by Kathryn Ashworth 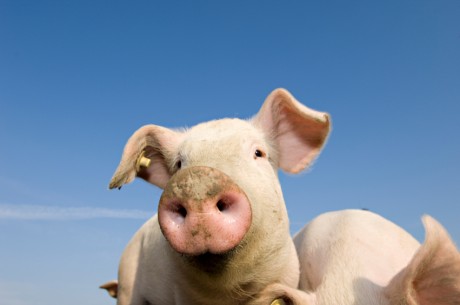 All my friends, at one point or another, have heard me rave about pigs. To me, pigs have always seemed some of the most affable creatures on the planet. Spending time watching pig-friendly videos (Esther the Wonder Pig kind of videos) could easily consume hours of my day. My adoration of pigs was even the reason I went vegetarian long ago and subsequently vegan. But up until a few weeks ago, I’d never actually met one.
There’s a farm just a few miles from where I live that gets just about as much praise from my community, and culture at large, as I’ve lauded pigs – mostly because it’s local (obviously), organic, and considered “certifiably humane” (a checklist for success in the era of factory farming). When a friend recently asked me to take a road trip to this farm, I couldn’t refuse. Not for want of local, grass-fed butter. Rather, because I was told a litter of piglets had just been born; they were two weeks old. I was not only curious to meet the cute critters (I’d finally meet a pig in person!), but I also wanted to see for myself how they were being treated at this “exemplary” farm. I wanted to know: What does “humane” farming actually look like?
Granted, I didn’t go into this cold. I was indeed biased. I had read about the spiked-nose rings, and about calves routinely being taken from their mothers mere moments after birth. I knew all about the cruelty of veal crates, and the ensuing, obvious separation anxiety between baby and mom. As a self-described animal activist, I had long done my homework, and I felt I knew the ins and outs of animal agriculture.
Still, as my friend and I drove down winding roads, traversing sloping, grassy hills, I admit that I began to wonder if I would be proven wrong. Would the calves be suckling on their mother’s teats after all? Would they live long lives and be loved by the farmers? And although a possible silver lining wouldn’t have convinced me to forgo veganism, at the very least, it would have made me feel a tiny bit better about this world we live in which exploits and commodifies animals as readily as it rationalizes their demise. Basically, I wanted to find out that it wasn’t that bad. When we arrived, it was milking time. My friend, who knew I was nervous, assured me that these cows normally roam the pasture. But they were in the barn now, and as we approached it, I noticed the face of one brown cow peering at me intently through a window. She had a metal collar around her neck, and a heavy chain securing her to where she stood. (Didn’t look much like “grazing” to me.) I paused in stark reflection, realizing I had never actually met a “dairy cow” before either, and yet – before going vegan – I had drunk their milk countless times. As I stood there staring back, a border collie arrived at my feet, pawing at my leg. His affection brought me back to reality, and I was comforted when he followed us as we walked inside the barn.
Once inside, the farmer was there to welcome our visit. We shared a warm greeting, and I liked him overall. But for better or worse, my attention was focused elsewhere. At that moment, I could not get my mind off the young calves around me, described by the farmer as “future milkers.” They were chained to the wall just to the side of what I would come to understand was the pigs’ wooden stall, and just a few feet behind the row of cow-after-cow, displayed similarly to the toothpaste options in the aisle of a drug store.
I felt the stare of someone’s eyes, and realized that the same brown cow who, moments before, peered at me through the window was still focused my way. I felt there was a longing in her eyes, the same one I’d seen earlier – but was I imagining this? Which calf belongs to which mother?, I began to think, as I looked upon the cold metal tubing attached to their udders, just so that we could take their milk.
The cows just stood there (where else could they go?) as my friend and I, along with the boisterous border collie, gradually made our way over to the pig stall. Hello, pigs. We finally meet, I said to myself. The piglets were huddled together. I wanted very much to pick one up, and I gave it my best try, but the piglet wiggled and screamed her way out of my inexperienced arms. Her mother, however, seemed to want affection. She walked toward me and nuzzled her nose into my palm. In retrospect, I wished I’d given her more attention, but a big part of my mind was still focused on the cows behind me, visibly beholden. As I peered outside to a second barn, I noticed the veal crates where the calves were kept – presumably where they would stay until their eventual slaughter. 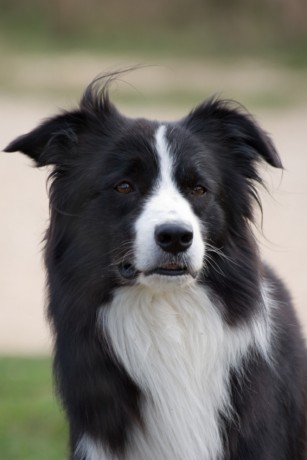 The small dog was still near me, once again bringing me back to the moment. I made my way over to that second barn where the animals were kept in crates right outside. As I walked past each crate, trying to pet the calves one by one, they suckled sweetly on my fingers. “They’re still being weaned,” the farmer told me, as we stepped into the barn. I felt uncomfortable as the simple joy of touching them was instantly replaced with a feeling of insufficiency; a knowledge that what they needed was not so far – just a barn away – and yet I couldn’t bring them closer.
From the corner of my eye, I noticed one lone cow lying in a dim corner, staring out onto our path.
“Who is that?” I asked.
“A feeder,” the farmer responded.
“But what does that mean?” I prompted, silently wondering: What does that mean to you? What does that mean for the cow? What does that mean for humans in regard to our relationship to animals?
“It means we feed him until he gets bigger,” the farmer said. “He’s a beef cow.”
The “beef cow” jumped when I walked up to him, as though startled out of a dream (or a nightmare), then settled into an even darker corner.
Whose plate will you end up on, Beef Cow? And did you, too, once suckle on a passersby’s finger?
“We don’t buy any of our cows from outside markets,” the farmer boasted. “They’re all internal.”
As he spoke, the calves’ spit dried on my arms. I stared back into that dark corner, where I could still faintly make out Beef Cow’s black-and-white face. His alert eyes still projected some light.
The farmer and I stood in the sunshine, and there was talk about when that Beef Cow would be ready for slaughter. Moments later, there was talk about my friend and I leaving for the day, so we said our goodbyes, and we carried on with our lives. It was, after all, just another day.
No, I didn’t find spiked nose rings at this farm, and the pasture was rich and fertile. Cows weren’t screaming bloody murder, but from my vantage point, they didn’t seem happy. They seemed scared and lonely. And they were chained up, separated from one another, bereft of their most basic instincts.
So, shall we call this humane? 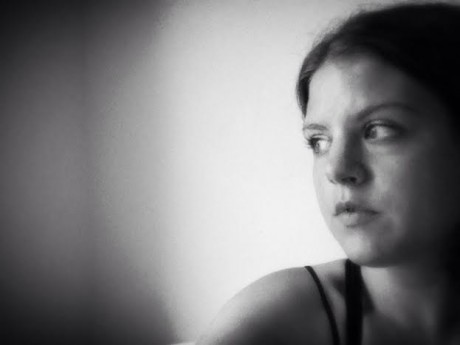 On the drive home, I thought about that little piglet who screamed in my arms. That last look from Beef Cow, that brown cow’s unrelenting gaze. And despite my best efforts, I lingered on the memory of my inability to nurture those needy calves. I reflected with irony on the sweet border collie who pawed at my leg, seemingly so free.
That night I lay awake, pondering the paradoxes we’ve built into this thing we call being human. That in our quest for something “kinder” we ignore a subtle corrosion of connection that nonetheless remains. Every being wants to love, they want to live, and I saw this in the animals I met that day.
In reflecting on my visit to the “humane” farm, it seemed I had come face to face with what makes me humane. These beings who, no matter how much we might try to render them “objects” (feeders, future milkers…), had beating hearts. They were full of beauty. They were individuals. And though my own empathy could have been squelched amidst their dire circumstances (perhaps out of a fear of feeling too much sadness, even hopelessness at my inability to free them all!), the opposite became true: my empathy became reignited, my drive to do my part to advocate for animals strengthened and sharpened.
I see now that becoming reinvigorated to speak on their behalf had to happen – because these words, the unrelenting drive behind them, and the ensuing action to create a more just society for all beings, is all those animals have right now. Even in the “best scenario” for beings who are born into mechanized commodification, within the confines of their individual lives, humanity, I learned, is entirely absent.
*** Kathryn Ashworth is an associate editor and writer at Yoga International. Her yoga practice, combined with a life-long love for animals, deeply influenced her decision to become an animal advocate.
Share 0 FacebookTwitterPinterestEmail
previous post

Episode 618: Save the Animals, Save Ourselves w/ Sue Fischer and Dr....