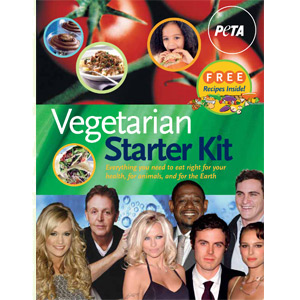 Dear Flock,
Amanda here, OHH’s new Web Coordinator. I have been helping to transcribe the Our Hen House podcast interviews for a few months, and now I am happy to be taking on some more responsibilities and joining the team. I thought I would take this opportunity, since I am just starting, to share my vegan story with you. It is not particularly special, but it does show how influential vegan activism can be, from creating informative websites and guides to merely expressing your philosophy out loud once in a while to non-vegans. #PRIVATE#
My first ever exposure to vegetarianism or animal rights came when I was — I’ll admit it — obsessed with AFI, a half-vegan, half-vegetarian rock band. Their outspoken vegan straight edge singer, Davey Havok, would directly mention the vegan philosophy: we don’t have the right to use or torture animals for our own tastes and whims. I never heard him mention any of the graphic details of what happens on factory farms, but the philosophy immediately resonated with my logic-driven personality. At that time, however, not knowing any real-life vegetarians or any resources on the subject, I felt at sea and put vegetarianism in the box of things I wanted to do “when I grew up.”
But, being of the Google generation, and unable to get animal exploitation out of my head, I had soon requested several vegetarian starter kits. One of them was the lovely Mercy for Animals guide. But unfortunately, the guide I ended up using instead of theirs was one that touted lacto-ovo vegetarianism, and listed animal products as “important sources of protein and calcium.” (I actually recently found a list of goals from when I was 15, a new vegetarian, and one was to “eat more dairy.” Gag!) Still, as I continued to request booklets, read websites, buy cookbooks, and sign up for the newsletters of more and more vegan organizations that used the word “vegetarian” (even though they meant vegan), the vegan message was imperceptibly drilling itself into my head. Believe it or not, the final push came from another band. Around the time of my high school graduation, I was very into the political punk band Anti-Flag, and when I heard them mention animal rights and veganism in an interview — at what was probably an opportune time for me — I immediately made the switch.
Once I was vegan, I was eager to help spread the message. I found many opportunities to do so just by keeping up to date with my favorite organizations and responding to calls for volunteers. The first two organizations I volunteered with, helping out with tablings and other events in New York City, were Mercy for Animals and Farm Sanctuary. The vegans I met doing that (including Jasmin Singer herself!) quickly instilled in me a positive attitude towards activism. I continued volunteering at events all throughout college, and when I moved back into the suburbs and it took more effort to get into the city (hello, $17 round trip bus costs!), I started to volunteer more online with organizations like VegFund and now Our Hen House.
All of this is just to say that however you choose to promote veganism, it makes a difference. It doesn’t matter if you’re horrible at baking or cringe at the idea of spreading graphic videos. If an animal rights issue comes up in a conversation, speak plainly (but not too crudely!) about it: your audience may have never been exposed to the philosophy, and better yet, someone may be one exposure away from changing her lifestyle and becoming a committed activist. If you see a gap in information on the practical aspects of going vegan and you think you can meet it, try your best to do so: these things really make the difference between an interested person going vegan or not going vegan.
I’m very lucky to be becoming a part of an organization that I know to have flock members who do such great things, and I hope we can continue to inform and inspire each other.
Amanda 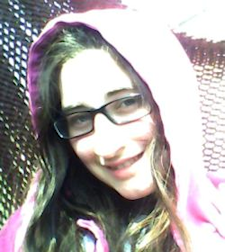 Turpentine Turkey, A.K.A. “The Photo Bomber”

OHH Bonus Content: An excerpt from the book Rescue Dogs

There’s Always “Time for Change,” and for a Vegan New England Clamless...