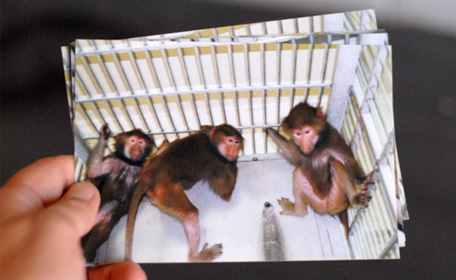 the dark underbelly of vivisection. But unlike other accounts of animal testing, MTD offers a unique glimpse into this world, achieved by interviewing former lab workers and experimenters who, as Karol says, “have had a change of heart.”

Karol and the rest of the team behind MTD have just released a new trailer for the film. While watching it, I was immediately struck by the juxtaposition between the absolute beauty of the visuals he offers, with the unimaginable horrors that he is documenting.

Clearly, MTD is going to be a vital tool for activists to use when enlightening people to the horrors, the needlessness and the egregious cruelty of this non-science. Keep your eye out for this film, and in the mean time, show your support for it with a donation (there are even perks, including a copy of the DVD when it comes out), or by sharing the trailer on Facebook and Twitter.

I await this film, Maximum Tolerated Dose, with bated breath, an eager willingness to hear the stories of these now-enlightened former vivisectionists, and a keen appreciation for Karol Orzechowski for telling this story in a truthful, artistic, shattering, and provocative way. That’s how change is made.

Photo of a photo (at top of blog) by Jo-Anne McArthur. This photo was taken at an old animal testing facility that was shut down. These types of photos were part of the regular documentation of experiments that took place at the facility. This photo was found on this blog entry from MTD.

Episode 81: “When no one else cared, I can tell you, the little old ladies cared.”

Book Review: “Trauma Stewardship: An Everyday Guide for Caring for Self While Caring for Others”

Exclusive Excerpt from “Lifelong Running: Overcome the 11 Myths About Running and...

Conference on Bioethics and Animal Rights, Salvador Brazil (and Call for Papers)