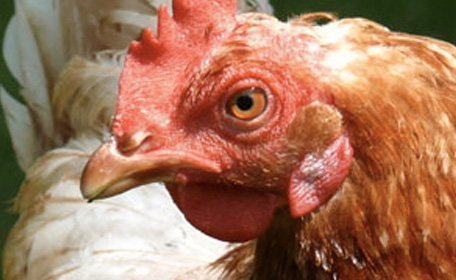 Yet another video has come out exposing the horrors of animal agriculture — this one focusing on chicken production. What I like most about this video, entitled “Chicken: The Hidden Truth,” and produced by Saving Animals Canada, is that in addition to showing footage of the many atrocities inherent in chicken production, the story of one lucky rescued hen — Belina — is woven throughout the 9 minute piece. Showing the juxtaposition of how our society treats farmed animals (particularly birds, who are even excluded from the meager protections of the Humane Methods of Slaughter Act), while also following Belina and her human companion, the viewer is forced to confront the fact that chickens are social, brave animals.

The video reinforced for me the idea that sharing the stories of rescued animals — preferably through video — can put a much-needed face onto the otherwise “faceless” animals (50 billion of them worldwide each year) who are raised in misery, then slaughtered. For folks who aren’t able to make that connection in person at a sanctuary, documenting the animals’ stories on video can truly pack a punch. (Also see Sanctuary Tails, Farm Sanctuary’s shelter blog which includes videos and photos of rescued animals.)