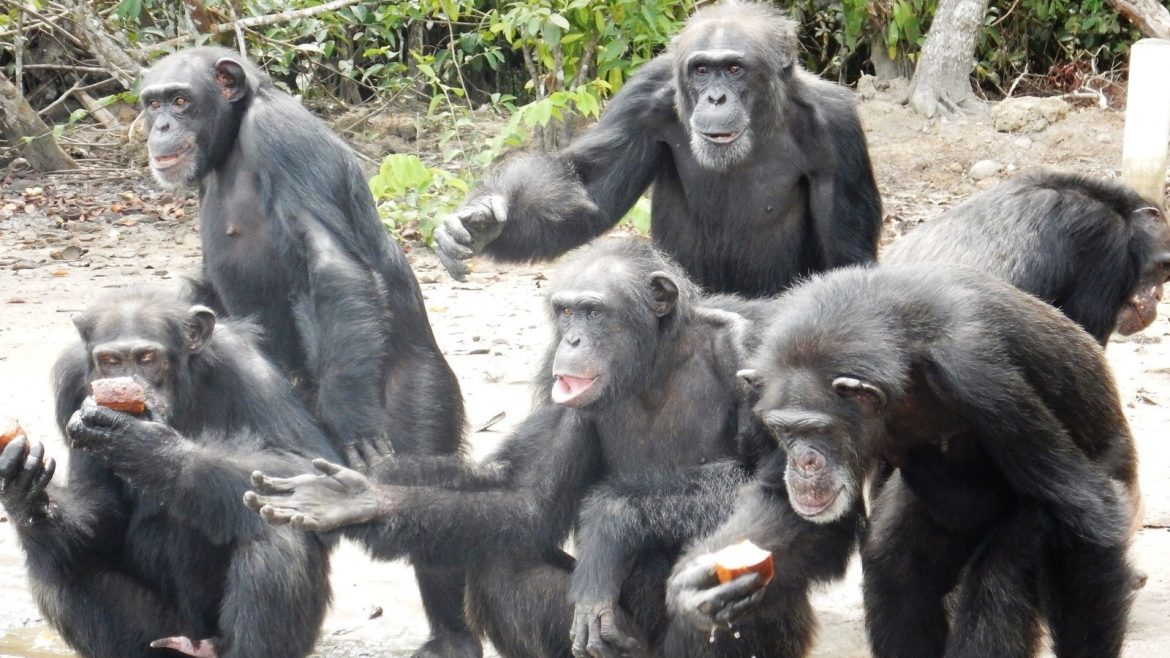 In March 2015, the New York Blood Center (NYBC) abandoned the 66 chimps in Liberia, Africa for whom, after years of exploiting them in medical testing, they had promised to provide lifetime care. A number of groups and individuals were actively involved in protesting this action, including Sangamithra Iyer, author of Hen Press‘ own The Lines We Draw. We welcome Sangamithra back to Our Hen House to discuss the NYBC travesty, and offer us a larger context in which to view it with the help of her eBook.
*** 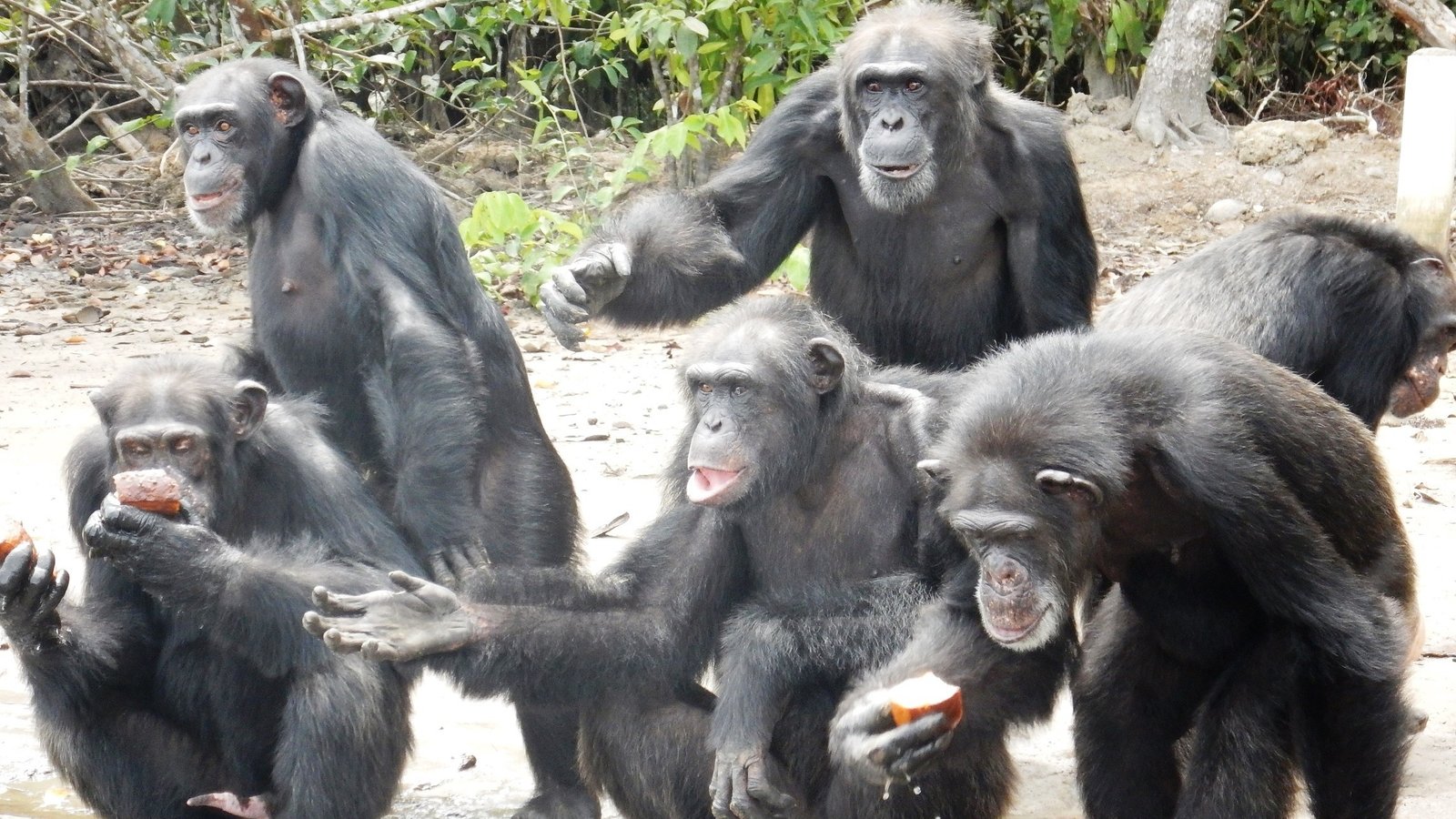 New York Blood Center Abandons Chimpanzee Colony in Liberia
By Sangamithra Iyer
On March 5, 2015, the New York Blood Center (NYBC) withdrew it’s funding for the daily care of 66 chimpanzees who were formerly used as test subjects in NYBC’s virology laboratory in Liberia. This unconscionable move is the latest in a series of misguided decisions that the NYBC has made over the past few decades at the expense of the chimpanzees in its care.
I wrote about the history of this chimpanzee colony in The Lines We Draw, Hen Press’s inaugural e-book. The story explores the ethics of vivisection and was shaped around a conversation I had with the late Dr. Alfred Prince, a virologist who conducted hepatitis research on these chimpanzees in Liberia.
Prince told me about the origins of the lab. But first he told me about his time working at New York University’s Laboratory for Experimental Medicine for Surgery in Primates (LEMSIP) in the early 1970s, where the chimpanzees were housed alone in tiny cages, without access to toys or a glimpse of the outside.

These conditions at LEMSIP were troubling for Prince, so he decided to look elsewhere to do his research:

On a visit to West Africa to acquire chimpanzees for LEMSIP, he discovered the Liberian Institute of Tropical Medicine, which later became the Liberian Institute of Biomedical Research, part of the Liberian Ministry of Health. It had a lab and facilities built by the Firestone rubber corporation, and soon after, [Prince] convinced the NYBC to move his research there, to a facility, to be known as Vilab II, that was not only on the chimpanzees’ home continent, but where he could develop lab conditions that were semi-wild. The chimps would have outdoor cages and be housed in groups, never alone.
“As I got to know chimpanzees, I realized more and more how close they were to us, and how we owed them very special treatment,” he wrote in his memoir. He proposed a Chimpanzee Bill of Rights that stated that “chimpanzees must be acquired humanely; that they must be housed in groups in enclosures providing room for exercise and play; and that at the conclusion for [sic] their involvement in research they must be transferred to free ranging sanctuaries for long term retirement.”

Though seemingly well intended, what resulted from this experiment was one tragedy after another as detailed in the Lines We Draw:

The first problems arose almost immediately, with the basic issue of obtaining chimpanzees. At that time, many chimps in U.S. laboratories were wild-caught, which involved shooting a mother chimpanzee, who would fall on her back while protecting the baby in her arms, who would then be captured. Prince wanted to explore nonlethal methods and opted for anesthetic dart rifles. But this approach was not without casualties. After one chimpanzee climbed 100 feet before the anesthetic kicked in and then fell to his death, Prince’s team of hunters tried a different approach – surrounding the chimps at their feeding sites. They set up camp in the forests of Grand Jeddah County to capture the first 38 chimpanzees for Vilab II. The forests at the time were just beginning to be logged, creating roads for bush-meat hunters, who would kill primates and sell their bodies as a delicacy. Prince rationalized that the wild chimps in that area would not have survived long. From this captured population, Vilab II started breeding chimps at the lab.

Prince wanted to return these chimps into the wild when the research was over, but this too proved problematic:

Initially, he hoped to release them into SAPO National Park in Liberia, but gold and diamonds were there, and its future as a protected reserve was uncertain. In the 1980s, Prince and his team had unsuccessfully released a group of 20 chimpanzees onto an island near Asagny National Park in neighboring Cote d’Ivoire. Almost half of the chimpanzees died or disappeared during the first few weeks. Releasing lab chimpanzees into their natural habitat is complicated. Wild chimps could be territorial and might not accept them. Lab chimpanzees were acclimated to humans and could walk right up to poachers. They did not know how to survive on their own.

To address this issue, NYBC bought a series of small islands on two nearby rivers, Farmington and Little Bassa. Because chimpanzees do not swim, they could be released and contained on these islands, with the ability to roam freely. Lab staff would visit the islands regularly to check on them and supplement their food sources.
But then Liberia’s Civil War came:

“We had 90 chimps on the islands in the early part of the war,” Prince said. “We had the government of Liberia’s forces on one side of the river and Charles Taylor’s forces on the other. We had to go along the river to feed the chimpanzees, and the soldiers said you can’t go because if you go, you’d be shot from one side or the other. So for a while we couldn’t go, which was terrible because the islands didn’t have enough food to support the chimps. So all the babies died. At that point, all the females had a baby. Twenty percent of the adults died of starvation.”
After that part of the war, they brought the surviving chimps back to the lab. But in January 1993, soldiers forced the staff at gunpoint out of the lab, where they would be unable to return for some time. They shot and killed Brian Garnham, an engineer who worked at the compound, in front of his wife, Betsy Brotman, Prince’s longtime research assistant. Dozens of chimpanzees in the lab died, from dehydration, starvation, or bullets. When fighting had ceased, the surviving chimpanzees were released back on the islands.

In 2006, NYBC terminated its research in Liberia, and the chimpanzees were released onto the islands. Newer technologies had been developed that replaced the need for the use of live chimpanzees. The fate of remaining chimpanzees has been in question ever since. (For more background see Vice Motherboard documentary Island of the Apes.)
Animal protection groups and sanctuaries have been calling for the NYBC to establish an endowment to secure the lifetime care of the surviving chimpanzees. While NYBC was responsible for establishing this chimpanzee colony, the chimpanzees are considered the property of the Liberian Government. The two parties have been in arbitration over royalties collected by the NYBC from work conducted at Vilab II. In March, the NYBC essentially abandoned the chimpanzees by withdrawing funding for their daily care. Without intervention, these 66 chimpanzees could die of starvation or dehydration.
Several animal organizations around the world have stepped up to provide critical need — food, water and funding for caregivers — during this emergency, and are raising more funds. (See videos of caregivers feeding the chimpanzees).
But it is vital to ultimately hold NYBC responsible. Toward this end, a change.org petition was set up by primatologist Dr. Brian Hare to put pressure on NYBC ensure these chimpanzees have the lifetime care they deserve. Meanwhile activists in New York staged a disruption at NYBC offices, and the Facebook Group: New York Blood Center Do the Right Thing has been set up to provide updates on the situation.
I am reminded of a quote from Andrew Revkin from the New York Times who wrote about what happened to these chimpanzees and the laboratory staff during the Liberian Civil War. He said their story, “provides only the smallest glimpse of a great tragedy – something like viewing a few square inches of Picasso’s ‘Guernica.’ Yet even in that detail, the pain is boundless.”
I keep returning to those few square inches of Guernica, when I think about all these chimpanzees and their families have endured. We must demand accountability and justice.
*** 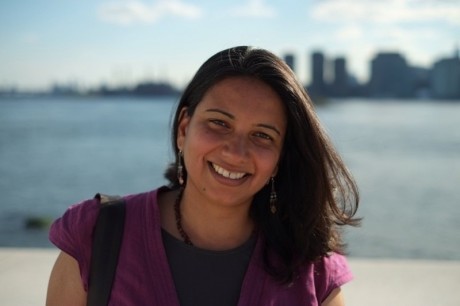 Sangamithra Iyer is the author of The Lines We Draw (Hen Press). Her writing has been published by n+1, Hippocampus, Waging Nonviolence, and others. She is the editor of an upcoming special 2015 edition of SATYA. Follow her at @literaryanimal.

Episode 287: “They weren’t like us and for that reason deserved to be ruled.”

Episode 288: “People get used to anything. The less you think about your oppression, the more your tolerance for it grows. After a while, people just think oppression is the normal state of things.”