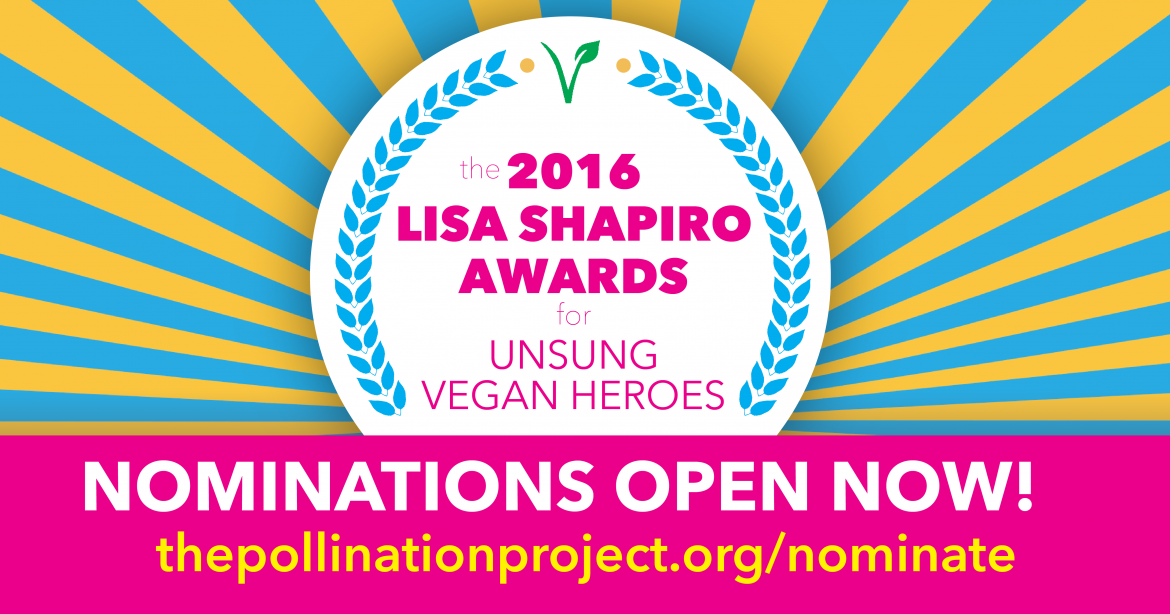 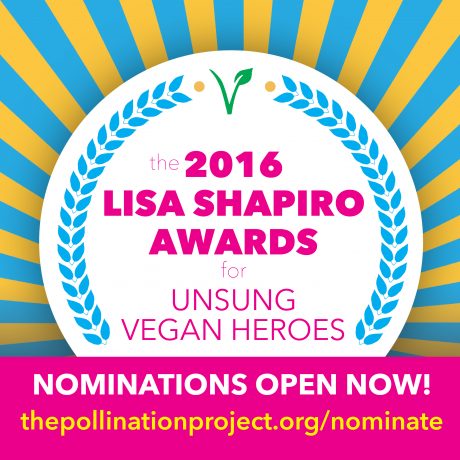 The Pollination Project changes the world every single day by investing in activists across the globe whose projects spread compassion, justice, and peace in their communities. And if that weren’t enough, The Pollination Project also honors vegan activists every year with no-strings-attached grants through the Lisa Shapiro Award for Unsung Vegan Heroes.
Our Hen House is thrilled to again be a media partner with the Pollination Project for the Lisa Shapiro Award for Unsung Vegan Heroes. Named in memory of Lisa Shapiro, a 2014 Unsung Vegan Hero Winner who passed away in June 2015 at the age of 50, these awards recognize the superheroes of our movement who work behind the scenes, creating a world where animals do not suffer at the hands of humans. A fierce advocate for animals, Lisa’s legacy includes organizing hundreds of vegan events in her community, building and promoting vegan lifestyle brands, and inspiring and mentoring hundreds of new vegans.
Do you know an Unsung Vegan Hero? A special someone who – like Jingles, like Lisa – tirelessly advocates for animals? Nominate them today! You’ll be so glad you did!
Nominations for the 2016 Lisa Shapiro Award for Unsung Vegan Heroes are open now through August 12th.

Episode 338: The Good Food Institute’s Bruce Friedrich, and A Review of Vegan: Everyday Stories from Eric Milano and Laura Delhauer!

Episode 339: David Bilchitz, Professor at the University of Witwatersrand in South Africa, and Robin Lamont’s Review of “Dogland” by Jacki Skole!

Animal Law Podcast #17: Matthew Liebman on the Case Against the “Walmart...