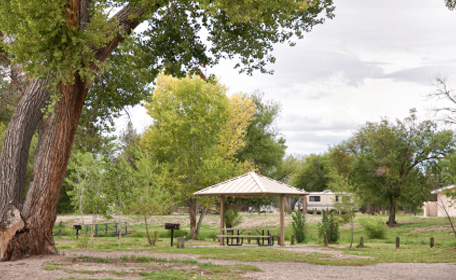 When I was a kid growing up in suburban New Jersey, my mom forced me to go to day camp — despite the tantrums and the pleading to go to theatre camp instead. Eventually, after several years of my daily arrival home from camp being marked by the slamming of the front door followed by the tossing of my damp bathing suit and tear-soaked towels onto a pile in the foyer, and my running into my room to lock the door and cry, theatre camp won. But before I managed to gleefully tap-dance my way through my summers — back when day camp was my punishment for being a kid (or so I thought) — I was caught, unrelentingly, in “h, e, double hockey sticks.” (“She said ‘HELL!'”) 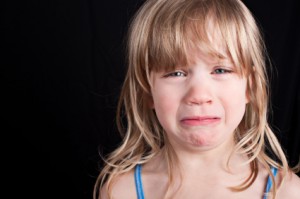 This girl is having a much better day than the summers I wasted at day camp. Woe is me…

Though I have tried, unendingly, to block it out, I still remember it all. Days were spent suffering through competitive contact sports like dreaded dodge ball (where I was, without question, chosen last for the team); or being mortified as I changed into my swimsuit, so that everyone — including my prepubescent campmates and snotty teenage counselors — could gawk at my early-to-bud body (blame it on the cow’s milk I guzzled all throughout the 1980’s); or, no matter what activity we were gearing up for, lagging behind the rest of the kids, dragging a stick through the dirt behind me, humming the score of “Gypsy” almost to myself, while the other kids just stared, — or, more accurately, uproariously laughed. On the bus ride home, as the other kids sang “The wheels on the bus go round and round…,” I listened intently to my walkman, thanking god for Ethel Merman, who single-handedly got me through many sad afternoons. Just call me Augusten Burroughs.

If you haven’t guessed, I would not wish day camp on anyone. Camp, as far as I’m concerned, should be reserved solely for song and dance, and, if you’re lucky, for frivolous fun. It’s not like camp could change the world… Could it?

Turns out that camp, shockingly, can be good for something other than a future prescription for therapy. Though, much to my dismay, I’m about 20 years too old to take part in the amazing Youth Empowered Action Camp that arms kids with the resources and creative prowess necessary to change the world, there is one other groundbreaking camp that I have my eye on. I’m not too old for it, nor too awkward for it, and the fact that I have breasts would most likely not come up in discussion. (If it did, I’d know enough now to slap someone silly.) 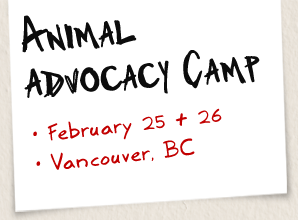 Note to self: Attend (or organize?) “Animal Advocacy Camp”

It’s called Animal Advocacy Camp, and it is headed up by our friends over at Liberation B.C. — including, of course, the brilliant and dashing Glenn Gaetz. Glenn, who we not only interviewed on our podcast (along with his equally-brilliant partner, Joanne Chang), has guest-blogged for Our Hen House about, among other things, the concept of Open Space as a model for a more effective movement. The thought process of Open Space is that it’s the attendees — not the organizers — of a conference/workshop/camp who set the rules and the agenda. That includes proposing topics for discussion. In the case of Animal Advocacy Camp, some possible suggestions might include how to talk to the public, how groups can better work together, discussions on tactics, and historical precedents. Sounds totally unhierarchical, fair, fulfilling, and timely. This camp, I must say, sounds up my alley. (MOOOOM? ARE YOU LISTENIIIIING?!)

Animal Advocacy Camp — happening this February 25 and 26 in Vancouver — will be using the Open Space format. According to the website:

There is a lot of room for discussion within the framework of this event. We all can learn a lot from each other. This is a great opportunity to tap into the collective knowledge of many other experienced people in your community. Bring along your tough problems, questions you’ve been struggling to answer, problems you’ve been trying to solve.

Though Open Space sounds — I gotta admit it — a bit crunchy, don’t let the hippie vibe fool you. The goal of this camp, which is also being called “Vancouver’s Animal Rights UnConference,” is to work and learn together so that activists can build a stronger community, and, ultimately, “make a greater difference in the lives of animals.” And there is indeed still structure to this format (including fantastic speakers, like Sarah Kramer and Camille Labchuck).

It sounds, to me, incredibly refreshing — especially when other conferences are sometimes too dense with speakers and information, to the point where you every time you attend one workshop, you miss a dozen others that you wanted to attend. That’s not to say that there’s not room for the more “generic” types of conferences, but seeing as how everyone learns in different ways, Animal Advocacy Camp might very well be on to something.

For those of you in the British Columbia area (and — sigh — lucky you, if you are…), check out this game-changing weekend. And if you’re too far away to be able to attend, perhaps it’s high time for a similar workshop, conference, or, hey, camp, in your neck of the woods. Even if you’ve never organized an event before, starting these kinds of dialogues about animal issues and activism, and letting attendees decide what is important to focus on, can sometimes be more empowering than a set itinerary, or someone else’s agenda. (Be sure to check out the Open Space User’s Guide, too.)

As for me, I have certainly moved on (for the most part, anyway) from the drama of being an oddball, ostracized child at day camp, and so perhaps it’s time to wipe that slate clean and start fresh. While, for my mid-1980 campmates, it was the wheels on the bus that went round and round, perhaps for us grown-ups in the 21st century, the way to change the world is to come together — all on the same damn team! — so that, through shared experience, pooled ideas, and delegated responsibilities, the wheels in our brains can go round and round, coming up with more and more new ways to change the world for animals.

Episode 107: “All the darkness in the world cannot extinguish the light of a single candle.”