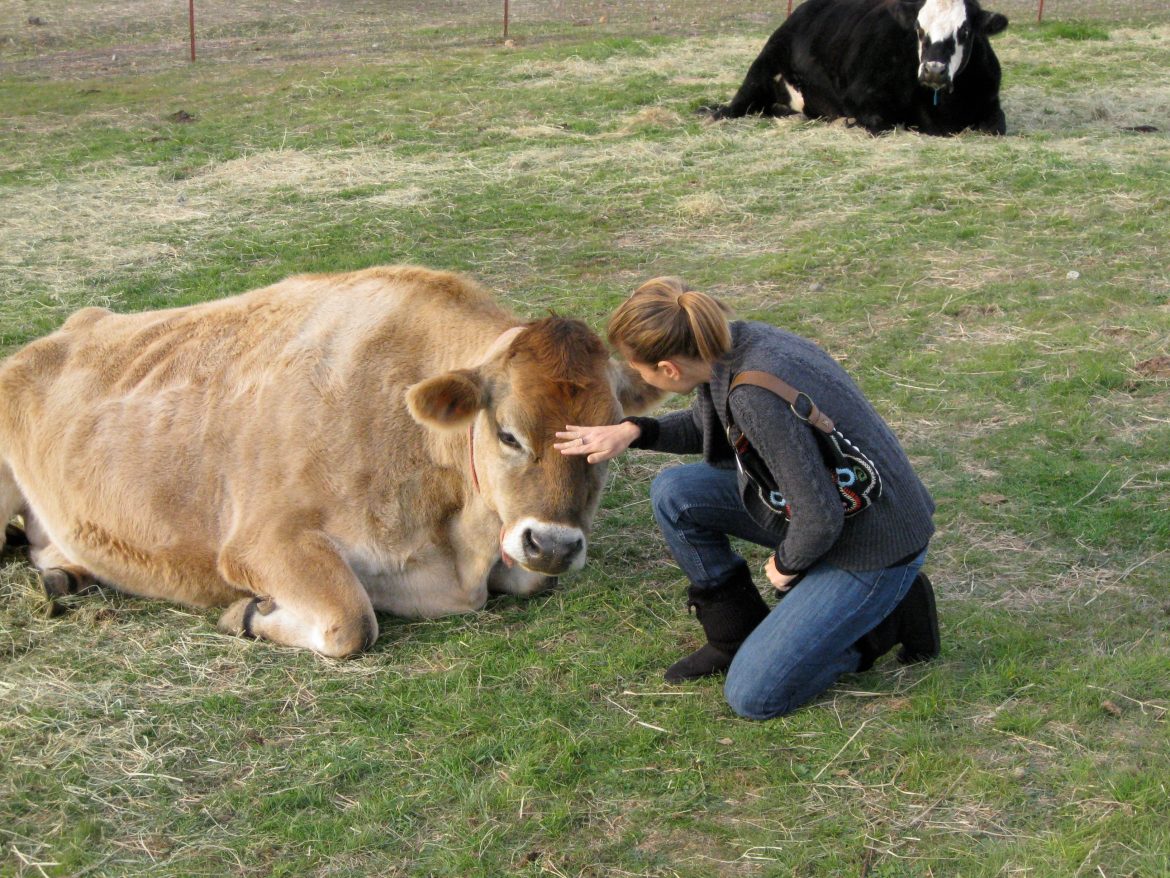 The animals who wind up on the world’s dinner plates have been made invisible by a cultural structure that thrives on keeping cruelty hidden. In today’s Thought for Food column, animal advocate Lea Pickard – whom you might remember from Episode 156 of our podcast – tells the story of how she shed those cultural blinders to truly see the animals around her. She also gives us a tasty recipe for Sweet Potato and Black Bean Chuchitos – her version of Guatemalan tamales. Food for your mind and body!
***
On Cultural Blinders and (In)visibility
by Lea Pickard
Once upon a time, I ate cows. In fact, I ate cows for 25 years of my life. During those two and a half decades, I honestly cannot remember a moment when I gave even a second thought to the cows’ lives – or to the lives of the other animals I consumed. Indeed, a favorite story of my parents is how I loved steak so much I would even request it with “extra juice.”
During my twenty-fifth year of eating cows, I traveled to Guatemala to do research for a graduate program in anthropology. While there, I immersed myself in the culture. One day, I found myself in a vibrant, bustling market in the second largest city in the country, Quetzaltenango – known to the locals simply as Xela.
It was there, in that wonderful market, surrounded by beautiful colors, that I spotted a little dog – a chuchito. This dog seemed overjoyed to be carrying what I thought at first was a stick. However, as I looked closer, I realized the stick had a hoof; the chuchito was actually carrying a cow’s leg! Unable to look away, I could see each of the claws on the foot, and even make out the individual black hairs on the leg. Seeing this cow – really taking a moment to digest what I was witnessing – changed my life. In that instance, for the first time, a cow became a visible individual to me. I’m not sure why it took my whole life up until then for the light switch to go on, but once it did, everything changed. I was truly heartbroken. I made the decision to never eat a cow again, and in a flash it became difficult to understand how I ever had. 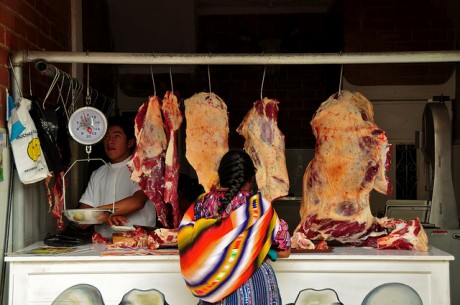 An open stall in a market in Chichicastenango, Guatemala. Since killing animals for food is completely invisible in American culture, a stall like this where the killing of animals is visible may seem ‘weird’ or ‘gross.’ Indeed the scale and type of abuse is actually much greater behind the hidden walls of the American slaughterhouse. (Photo by mesaba licensed under CC BY 2.0) 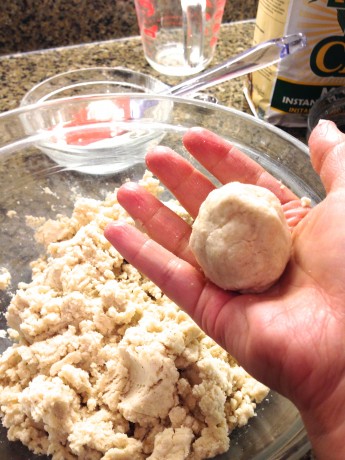 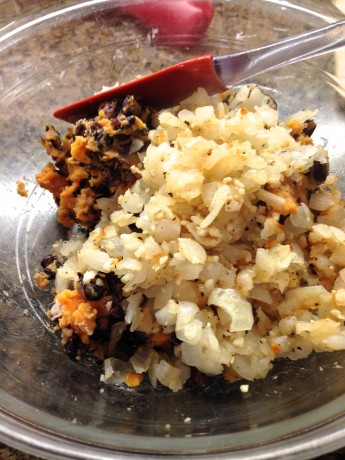 Adding onions to the filling mixture 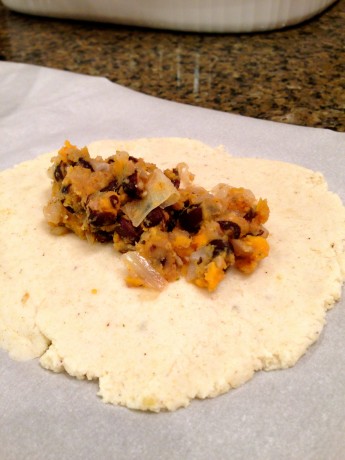 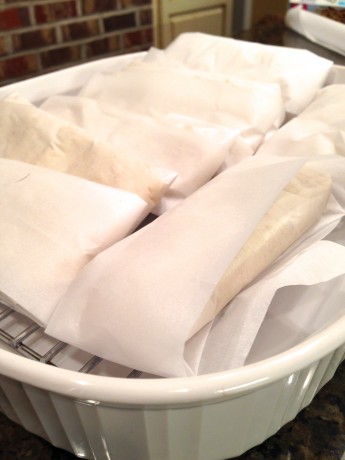 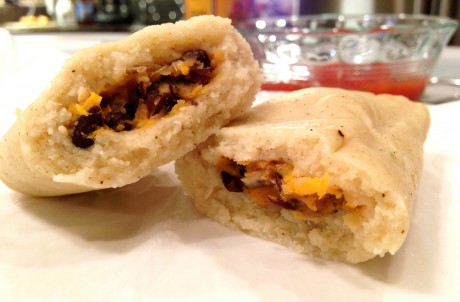 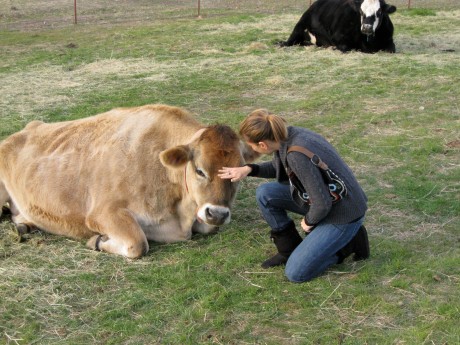 Lea Pickard with Mario, at Farm Sanctuary in Acton, Calif. Mario was discovered on top of a dairy farm’s dead pile, helpless and with a broken leg, before eventually making his way to Farm Sanctuary.

Lea Pickard is a nutritional anthropologist who shares healthy, vegan food in her nutrition and cooking classes as a Food for Life instructor. She and her partner in crime, Doug White, have been enjoying cross-cultural adventures for 15 years. Together, they have three kitties, one fluffy rescue pup, and a 19-month-old busy-bee toddler, Jack. Lea also teaches yoga and has started writing about her compassionate household, vegan parenting, and the quest to keep animals visible at The Vegan ABC’s.
Share 0 FacebookTwitterPinterestEmail
previous post

Camilla and Her Sisters