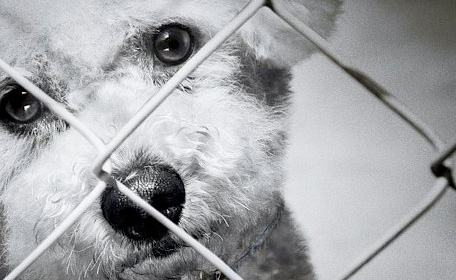 We’re pretty excited about this documentary, premiering this Monday, June 18, on HBO. Subtitled, “Stories of Fear, Loss, and Betrayal,” it promises to go much further than the usual TV puff piece about the human-animal bond, or the intelligence level of dogs. Instead, it promises to delve into the real story of what happens to so many dogs who aren’t so lucky as to find their perfect guardian.
The first two segments deal with the devotion some people have toward dogs. The first, entitled “Fear,” unfortunately involves the story of a man whose devotion to his arguably dangerous dog leads him to fight the dog’s euthanasia but, apparently, then allows the dog to be in a situation where he again causes harm. The second, “Loss,” deals with the ways in which some dog guardians deal with terrible pain caused by their dog’s death. It’s unclear whether either of these segments will be fair or sympathetic to the people they are portraying, but they are, in the end, mostly about people, rather than dogs. 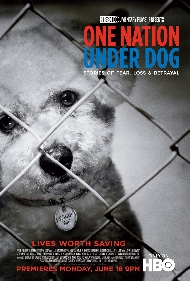 But the third segment is the one that really has the potential to make a difference, since it is not about dog guardians, it’s about dogs. According to the producers, this segment,

explores issues of overpopulation, shelters, rescuing, spaying and neutering. Approximately two million dogs are destroyed in animal shelters each year. This segment features three minutes of graphic footage shot by a film student showing dogs and puppies being euthanized. Many people do not know that 25% of dogs in shelters are actually purebreds, and many pet store dogs come from mass breeding operations known as puppy mills. For many dogs from mills and animal shelters, rescue is the only hope of survival. This segment follows volunteers saving some 200 puppy mill dogs from these dire conditions, including rescuer-trainer John Gagnon, who rehabilitates aggressive, difficult-to-adopt dogs and works with an organization to find them good homes, and Shawn South-Aswad, who raises money to rescue dogs and place them with foster families.

We have high hopes that this segment will enlighten the many Americans who seem to think that our relationship with dogs is a benign one. Good for HBO for including this painful topic, one that most people really would rather ignore.

Episode 127: “Always remember, you have within you the strength, the patience, and the passion to reach the stars to change the world.”