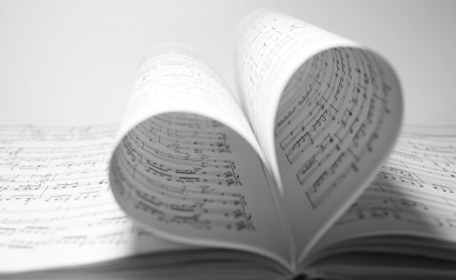 If you’ve been paying attention, then you already know about the mental love affair I have going on with the new film, Maximum Tolerated Dose (“MTD”), which goes behind the scenes of animal testing facilities, with the unique twist of propelling the film forward through a series of interviews of current and former lab workers. We featured an in-depth interview with director Karol Orzechowski on the recent Episode 129 of our podcast, as well as a review of the life-changing film — a documentary that is, in so many ways, a stunning and brilliant piece of art (Karol is one heck of a videographer). As we discussed during the interview, the current tour of the film, which just commenced, is part of the larger Open the Cages Tour, a “traveling Animal Liberation Fest,” which brings together artists, filmmakers, activists, and musicians. In addition to screening MTD at each stop, the tour will feature bands and musicians that speak up for animals in their music and outreach.

Photo from Open the Cages tour

Open the Cages tour is going to be stopping in Reno this weekend, July 21 and 22, and — in addition to a showing of MTD — will feature, among other artists, a music performance by folk-punk musician Mike XvX. I thoroughly enjoyed reading the interview XvX gave to “Mostly Dogs” — a discussion forum “for those who consider animals part of the family” — which is part of the online newspaper, RGJ.com. In the article (which you must read!), XvX discusses what it was like to be at the epicenter of the earthquake that gave rise to Japan’s horrific tsunami. He explains how this tragic experience has deepened his animal rights activism. XvX explains:

I’d say the actions that have helped me most effectively though is my continued fight for animal liberation. I am very aware of the injustices and inequalities that exist in this world, and if I didn’t have the lives of these animals to fight for I feel that I would be squandering my own. Surviving the tsunami has only strengthened my resolve to continue on the path that I have chosen for myself, and nothing short of dying will prevent me from trying to reach the goals I have set for myself and my desire to continue to be a stronger, smarter and more compassionate person.

When “Mostly Dogs” asked XvX about his straight edge music, XvX seamlessly jumped into how it correlates to his activism. He told “Mostly Dogs”:

I started an all acoustic Vegan Straight Edge music project about 6 years ago because I wanted to write radical music that was outside of the typical punk and hardcore paradigm. A lot of acoustic music really lacks any teeth when it comes to social justice movements, so I wanted to integrate the things that I’m most passionate about into the music that I feel my talents are best used.

The (brilliantly named) Open the Cages tour is my new favorite project blending the arts with advocacy, and I, for one, am pretty stoked that it is landing in Portland — my new temporary residence before heading back to NYC this winter — on July 24 and 25.
Check out if it’s coming to a city near you.
Special thanks to Mostly Dogs and RGJ.com.

Episode 132: “A journey of a thousand miles must begin with a single step.”