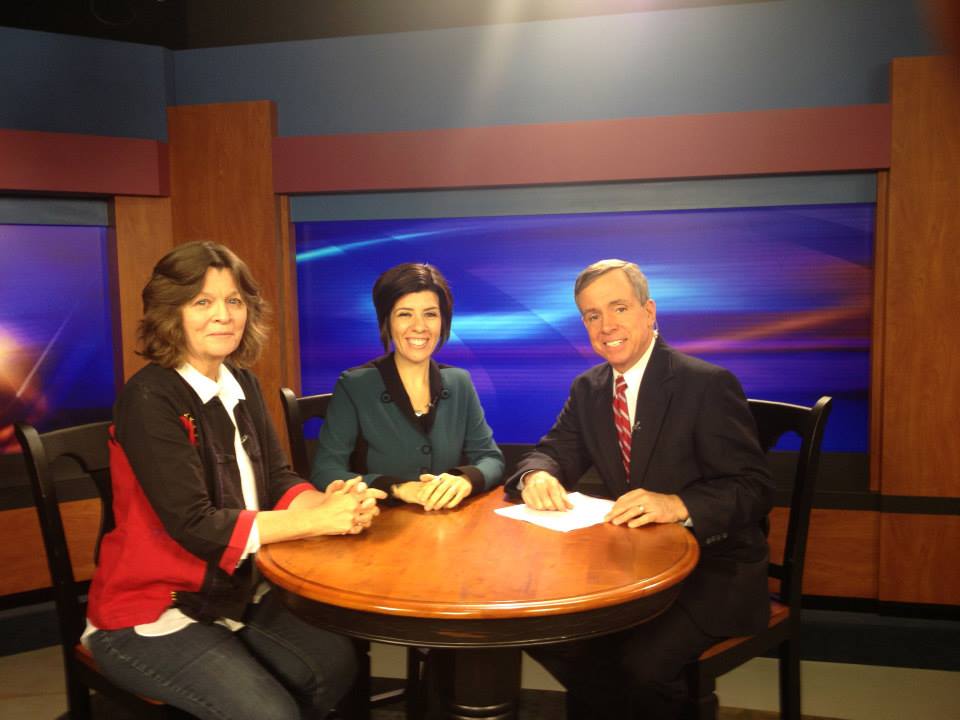 Two appearances on the evening news, talking about factory farming, cruelty, food sustainability, (the myth of) “humane” meat?!?  Who could have guessed we would have such an amazing opportunity?
During our recent trip to Virginia to speak at Vegan Night Out (an inspiring and wonderful event, I might add, which we will talk about on an upcoming podcast episode), we were invited by local TV station, WHSV, to appear with anchorman Bob Corso on his nightly interview. Before we went on, we figured the questions would be mostly about where we get our protein, and that we would have to struggle to get the animal issues in. But no — this was an interviewer who really wanted to know what was happening to animals on modern farms!
Well, we told him. Questions ranged from what the mission of Our Hen House is; to where the worst cruelty to animals is found; to how poor people will be able to afford food without factory farming. After we were finished shooting, Jasmin and I were in shock; did we really just get 5 whole minutes of (mainstream) air time talking about the problems with animal agriculture, and the glaringly obvious solution? Turns out, we were not the only ones who were perplexed by the platform we’d been given. Not surprisingly, our interview apparently ruffled some feathers.
After the Farm Bureau demanded equal time, I was asked back the next night to debate a Farm Bureau representative. This time, the discussion ranged from what conditions are for laying hens, to what “family farm” really means, to whether factory farming is the norm. The representative and I, needless to say, did not see eye to eye. One thing I had on my side that she did not have on hers were the facts. If I do say so myself, I think it went pretty well. But judge for yourself.
We are thrilled that WHSV and Bob Corso tackled these topics. If you are so inclined, leave a comment on the station’s website, or visit their Facebook page, or Bob’s Facebook page, to thank them for going where so few television stations are willing to go.

Hummingbird in All Her Glory