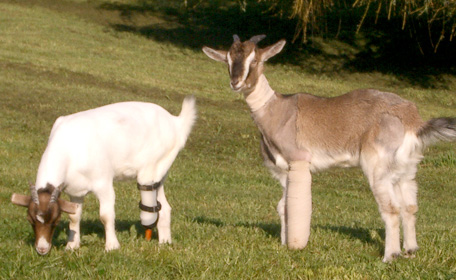 Farm Sanctuary’s new campaign, Plate to Planet, explores why “what we eat matters,” focusing specifically on the environmental impacts of consuming animal products. Even though we vegans already know that, according to the United Nations, animal production is responsible for the majority of greenhouse gas emissions (more than the entire transportation sector combined), it’s difficult not to notice the frustrating fact that many (or most) leading environmental organizations turn a blind eye to that truly inconvenient truth. So it’s refreshing to see this campaign, which takes advantage of the power of video by interviewing leaders in the field of environmental and animal rights, such as Mia MacDonald, who gave an enlightening interview on our podcast a couple months ago.

This campaign also sets forth goals that are attainable by anyone, asking folks to pledge to be meat-free for a day, a month, or forever. So even your meat-guzzling Aunt Ida, who swears to the heavens that she eats vegan on Mondays, can take part. Hopefully her one-day pledge will grow into 3, 5, and maybe 7 days a week of veganism. That’s the goal.

Plate to Planet also includes a cute video, narrated by Jason Schwartzman, that walks through a day in the life of a dad who, throughout his daily activities, becomes enlightened to the necessity of veganism as a way to preserve our planet (not to mention all its inhabitants).

Vote for Our Hen House in the 2017 Veggie Awards!