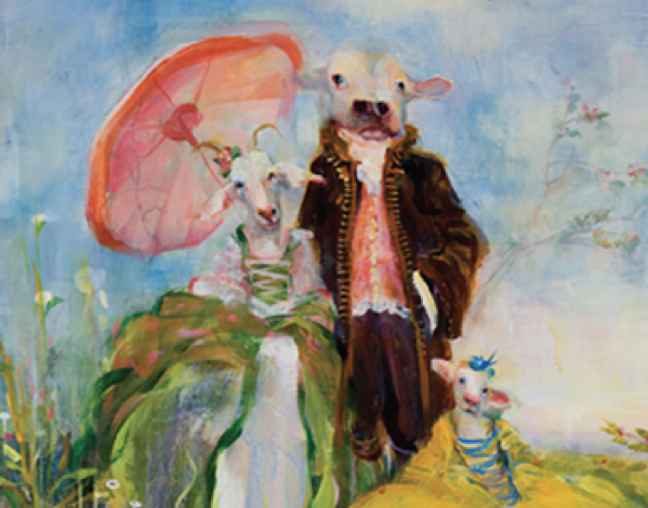 We are thrilled to welcome Ashlee Piper to Our Hen House today! Ashlee is reviewing the new poetry book that will rock your world — Kind, by Gretchen Primack. Regardless of whether you consider yourself a “poetry fan,” you will be deeply touched by this book. But don’t take my word for it. Ashlee’s review includes samples of Gretchen’s beautiful poetry, so read on! And, if you’re not already, get ready to become a poetry fan — or at least a Gretchen Primack fan. 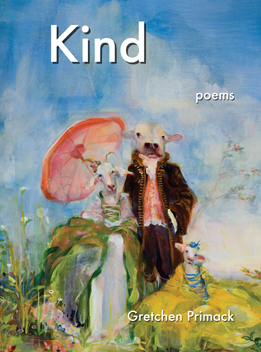 Activism takes on many forms. And while advocates often get caught up in quibbling about which is the most effective form of activism, there are those whose crusade is cloaked in art, art that delicately broaches topics that sometimes even the most overt activism cannot.

In her most recent book, Kind, award-winning author Gretchen Primack demonstrates that even the smallest of stanzas can wield an everlasting wallop of consciousness. Kind is exactly the sort of art that changes people.

And when I say “people,” I don’t just mean the select folks who identify as vegan. I mean the collective us – the us riding the subway, the us waiting in line at the store, the us who sometimes need a message that we know is true to be wrapped in a beautiful poem, so it feels safe enough for us to allow it through the door of our heart.

You might remember Primack from her featured video on Our Hen House’s Art of the Animal Series (in which she reads several of the poems featured in Kind), or from her previous works, The Slow Creaking of Planets and The Lucky Ones: My Passionate Fight for Farm Animals (which she coauthored with Jenny Brown). Much like Audre Lorde or Wilfred Owen, Primack is a master of crafting infinitely readable literature with a message.

Kind is a slim compendium of poems encased in the most charming, coffee table-worthy cover you’ve ever seen. Inside the book, cover artist Susan Siegel’s moving sketches add depth to Primack’s words. By all appearances, this is the type of book you could give as a gift to your omnivorous aunt, and she’d delight in its glossy beauty and sumptuous verse.

But this collection of poems is just as bewitching as its art. Each piece rings with what I imagine is Primack’s real voice and personality: The poems seem casual and welcoming (so it’s not a struggle to dive right in), but also substantive and honest enough to keep you interested. Stories in selections like “Love This” – a gut-wrenching account of the dreary life of a maternal dairy cow – are related with such remarkable tenderness that when you read them, you feel forever changed, as if you had witnessed the scene firsthand.

The body floods with chemicals saying, Love This,

and she does, and births it; it is a boy

she begins to clean and nose, but he is dragged

away by his back feet. She will never touch him

again, though she hears him howl and calls back

After only a few pages, you realize that Primack is not just talking about non-human animals. She deftly covers issues like the perverted hierarchy of human versus non-human motherhood and the shared semantics of animal and human exploitation. Her poems gently but effectively address that unspoken and often twisted relationship that humankind has with other creatures. That juxtaposition makes us as readers think, and more importantly, it creeps up and makes us feel, in a tangible way, the scenes Primack describes.

Poems such as “Big Pig” and “The Workers” lend imagery to factory farming that is so palpable that you can almost feel the fetid, humid air of the slaughterhouse as exploited workers and tortured animals fight for their lives.

Primack’s raw prose also addresses the pesky inner dialogue that many animal activists encounter because we tend to see so much and feel so deeply. “Garden,” for instance, touches on wanting to make valuable contributions to social justice, while “Matter” seems to grapple with the all-too-familiar quandary of feeling small and helpless.

In “The Dogs and I Walked Our Woods” – where Primack recounts a day she and her dogs happened upon two slaughtered coyotes – she closes with a resonant statement about her feelings on procreating in such a violent world, feelings that many of us wrestle with:

and if I bore a child who suffered to see this

or if I bore a child who gladdened to see this, or if

I bore a child who kept walking, I could not bear

it, so I will not bear one.

Ultimately, the poems in Kind have an underlying feeling of love – love of companion animals, love for nature, love for her husband (who truly seems to embody the spirit of Kind), and admiration for beings whom the author may have unwittingly exploited in the past. It’s the type of awkward, but deep, love so many of us can relate to, because we feel it when we pass by a chained dog, or see the eye of a sensitive pig through the slats of a transport truck barreling down the highway, bound for misery.

Love is not the only theme, though. Primack is not afraid to use the succinct form and musical language of a poem to direct the conversation to animal rights, as she does in “Ringling.”

Maybe someday you will trick

Maybe I will find value in you

I will take you from family,

so I can watch you

Will you bore me? I bore myself

to your conditions, cut off

and language. None of me

is many things, but propaganda isn’t one of them. This is literature with a message, and there is a distinct difference. For one, Kind is a beautiful read that does what good poetry aims to do – it alters you. And because of Primack’s abundant talent, the reader never feels preached to or duped. 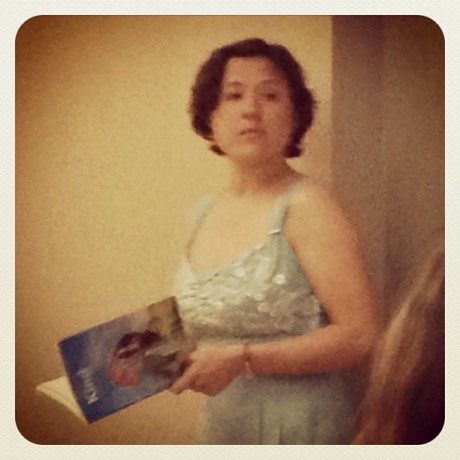 Gretchen Primack at the NYC launch of Kind.

Therein lies the magic of Kind – its universal appeal. You can put this book in the hands of anyone who appreciates solid prose and they will be changed without even suspecting it. Not every author can master this, but because Primack’s style is so inviting, readers go on this transformative journey willingly.

In addition to being an enjoyable read, Kind also lends itself to being spoken. In fact, these poems should be spoken, shouted, and sung to the masses. There’s something special about hearing the words in the author’s own voice, and folks in the Woodstock, N.Y. area have the rare opportunity to do just that at The Golden Notebook on May 11 at 6:30 p.m.

This is the sort of book you buy three copies of (a portion of the book sales will go to benefit Mercy For Animals): one to keep at home, one to give to a friend who loves animals (but might not be quite there yet), and one to give to someone who would never otherwise want to hear about animal issues. Primack’s poetry is tenacious like that – it has the ability to reach unexpected people and seep into their consciousness. It is my hope that Kind gets the exposure to do just that. 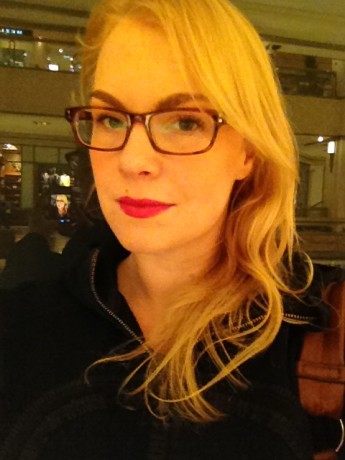 Ashlee Piper is a governmental strategist, writer, and wellness coach living in Chicago. She owns All Is Wellness, a boutique plant-based lifestyle consultancy, and manages the Vegucated Schoolhouse Online Community, a free space that offers expert advice and support to thousands of people in transition to veganism. Her writing can be found in Ecorazzi, Reader’s Digest, and Girlie Girl Army, and on her own vegan food and style website, The Little Foxes. A former adviser to two Massachusetts governors, Ashlee holds a master of social work degree from the University of Oxford and a bachelor of arts degree from Brown University. She enjoys watching her two rescue dogs zip along the beach, whipping up vegan feasts, and falling prey to the siren songs of infomercials (no joke).

Bonus! Below you’ll find the original Art of the Animal feature that Our Hen House produced in 2011,  featuring poet Gretchen Primack!