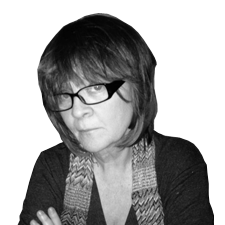 What’s the animal law podcast?
We often cover law related news and interviews on the Our Hen House signature podcast, but I’ve always wanted an opportunity to get a bit more in depth on the legal details. The Animal Law Podcast is an opportunity to do that – to really get into the weeds, in a way that will hopefully be interesting to lawyers, law students, law dorks, people interested in the law, etc. I hope to talk about specific cases that are currently being litigated, or perhaps legislation that is pending, in a way that really brings people up to speed on what’s happening legally, not just factually, and, perhaps, inspires new approaches to using the law to help animals.
Who will be your first guest?
I’m very excited to say that our first guest will be Steven Wise, who, of course, heads up the Nonhuman Rights Project and is currently litigating on behalf of chimpanzees being held captive in New York, and will soon be litigating on behalf of other animals around the country. Steve’s work is really at one end of the broad spectrum of animal law cases, in that he is attempting to tap into some of the most ancient and seminal principles of our legal system – relating to fundamental concepts of liberty, fairness, equality – on behalf of animals.
What other guests do you hope to have?
There are so many people doing cutting edge work for animals. Whether it’s the attorneys from the Animal Legal Defense Fund; those in the Humane Society of the United States legal department; those behind the groundbreaking academic progress being made at Lewis & Clark Center for Animal Law Studies or the new Animal Law program at Harvard Law School; those teaching animal law elsewhere around the globe; those in legal departments of smaller animal protection organizations; those in private practice representing, often pro bono, animals or the people who care about animals; or so many others, there should be no problem finding those pioneers who are doing important work, and trying to change the way the law — and the world — works for animals.
Why animal law?
I can certainly understand if some people think that the law is largely useless when it comes to ending the suffering of animals. After all, look around and see what’s happening. The law hasn’t accomplished much. The law will never be out ahead of people’s values, and, when it comes to animals, the law is woefully behind. But the law is, for better or worse, how we regulate our society, and how we protect the innocent. We must make it work better for animals, or any accomplishments that we have will be ineffective and short-lived.
What’s Our Hen House?
Our Hen House is a multimedia hub of opportunities to change the world for animals. Our signature podcast, which I host each week with my wife, author and activist Jasmin Singer, reaches out to people who want to change the world for animals with news, interviews and reviews. In addition to that and the brand new Animal Law Podcast, we also have an online magazine, and Jasmin is just about to start a cooking podcast.
What’s the future of animal law?
In the immediate future, I expect that much of the time of lawyers doing work for animals will be taken up in fighting off bad laws being pushed by industry. The animal agriculture industry is getting frightened of the truth that the animal protection movement is attempting to bring to the public, and legislative attempts to shut down animal activists — such as the ag gag laws being introduced, and occasionally passed, around the country — will continue. Positive changes for animals on the legislative front will be hard to achieve, and frustratingly small, but will definitely happen. I expect to see more and more consumer protection litigation — as the activists uncover more information about what’s really happening to animals, the industry really has no choice but to respond by lying about it. But, most of all, there will be constant surprises that I certainly have no way to predict. It’s an exciting time to be an animal lawyer.
*** 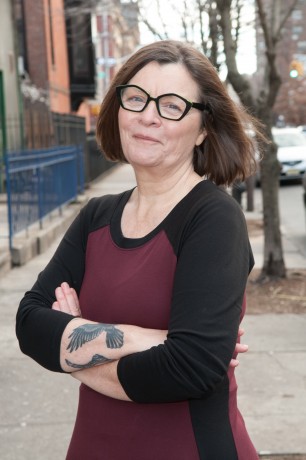 Mariann Sullivan is an adjunct professor of animal law at Columbia Law School as well as the Program Director, and President of the Board, of Our Hen House, Inc. Among her publications on animal law is a trilogy of essays, written with David Wolfson, examining the relationship between farmed animals and the law: “Foxes in the Henhouse: Animals, Agribusiness and the Law, A Modern American Fable” in Animal Rights: Current Debates and New Directions; “What’s Good for the Goose… The Supreme Court of Israel, Foie Gras, and the Future of Farmed Animals in the United States,” in the Duke Journal of Law and Contemporary Problems; and “If it Looks Like a Duck: New Jersey, The Regulation of Common Farming Practices, and the Meaning of ‘Humane,’” in Animal Law and the Courts. Mariann found her way into animal law through the Committee on Legal Issues Pertaining to Animals of the New York City Bar Association and eventually served as chair of that committee. She is also the former chair of the American Bar Association’s Tort Trial Insurance Practice Section’s Animal Law Committee. Mariann is also the author of “The Animal Welfare Act: What’s That?” which was published in the New York State Bar Association Journal. She has taught animal law at New York University School of Law, at Lewis & Clark Law School’s Center for Animal Law Studies, at Cardozo Law School and at Brooklyn Law School, and speaks regularly at conferences and animal law related events in the United States and elsewhere. Mariann has served on the board of directors of Farm Sanctuary and The Animals Agenda, and currently serves on the board of Animal Welfare Trust and Animal Welfare Advocacy.

Animal Law Podcast #69: The Case of the SPCA and the Puppy...