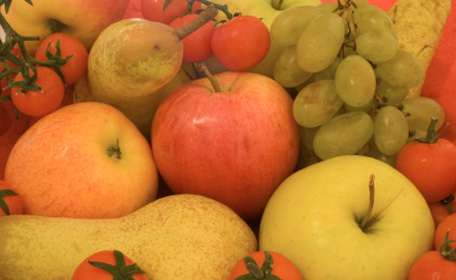 It’s obviously the season of the vegan-friendly film. Never before have we had more cinema tools for our changemaking toolkit, allowing us ample opportunities to show the not-yet-vegans in our lives the multitude of reasons to adopt a plant-based diet. Some that spring to mind are Forks Over Knives, Chow Down, Fat Sick and Nearly Dead (one of our favorites), and the soon-to-be-released Vegucated, made by our friends over at Kind Green Planet.

Now, May I Be Frank — A Film About Sex, Drugs and Transformation, has joined the collection. Filmmakers Cary Mosier, Ryland Engelhart, and Conor Gaffney have not only given animal advocates a new reason to host a community screening (your neighbors need to see this film), but they have also created a masterful and thoughtful film that details the journey of one man as his life is turned life upside-down in an effort to finally get healthy.

Since May I Be Frank is currently playing at screenings throughout the country (though, sadly for us, not yet in NYC), Our Hen House enlisted the help of San Francisco-based activist, Zoë Zuschlag, to review the film, after she saw it at a yoga studio in the City by the Bay.

Review: May I Be Frank 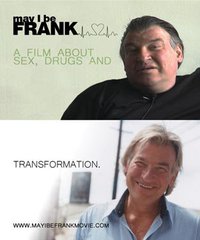 May I Be Frank tells the harrowing but uplifting story of Frank Ferrante, who, when we first meet him, suffers from morbid obesity, diabetes, hepatitis C, a history of drug and alcohol addiction, as well as an emotional closet packed to the brim with skeletons.

Frank somehow finds his way into Cafe Gratitude — a raw, vegan, organic restaurant in San Francisco. There he meets Ryland, a twenty-something server who strikes up a conversation about changes Frank wants to make in his life. After Ryland enlists the help of coworkers Cary and Conor, the four agree to embark on a 42-day lifestyle change for Frank. During this period, Frank is to eat only raw, vegan, organic food, including three meals a day at Cafe Gratitude; practice affirmations; visit with holistic healthcare practitioners; and undergo weekly colonics —  all in hopes of transforming his body, mind, outlook, and, ultimately, his life.

I read the premise for this film and shuddered, picturing an overweight, pitiable man sitting through meditation circles, choking down unfamiliar foods, and telling his reflection in the mirror that he is beautiful, thin and deserving to be loved, all while hippies give him lots of hugs and teach him how to make hemp necklaces and center his chi. Lucky for me (and for Frank), I couldn’t have been more wrong. 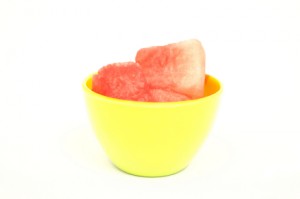 Though Frank does practice affirmations and gag on his daily wheatgrass shot, the film is far from the drum circle hug-fest I envisioned. In fact, I left the screening feeling thoroughly entertained, enlivened, uplifted, and completely in love with Frank — not to mention seriously craving raw food. I truly did not want the experience to end (and it really was more of an experience than simply a screening). On the verge of buying the DVD as I was leaving the yoga studio where I saw the film, I pondered what it was that made me want to watch it over and over again. The answer was obvious — it was Frank himself.

Frank is funny, irreverent, candid, charming, honest, and, truth be told, frank. As we follow his journey through raw foods and raw emotions, the topics of conversation, as well as the difficult experiences he goes through in his efforts to regain his health, are often highly personal, and sometimes more than a little embarrassing. And yet, throughout it all, Frank remains thoroughly, and charmingly, non-plussed. He embraces the ups and downs with what can only be described as a commitment to full disclosure — he is as open about colonics, bowel movements, and bodily changes as he is in hashing out long-festering issues with his ex-wife.

Most importantly, throughout this physical and emotional upheaval, Frank somehow manages to never lose his always-surprising, and truly hilarious, sense of humor — there were many times when the entire audience was in stitches. But he is also truly inspired, and, when I wasn’t tearing up with laughter, it was hard to feel anything but awe for his acceptance and generosity. From the opening credits to the closing scene, Frank’s complete commitment to candidly telling his often painful journey in turn shocked and delighted his transfixed viewers.

Bottom line — treat yourself to May I Be Frank if and when you get the chance. You won’t be sorry. And, if at all possible, follow the filmmakers’ advice and see it with others. The importance of community experience is a major theme of this movie, and sharing it can only enhance your experience. At the end, you will want to talk it over with others — while, no doubt, munching on a raw kale salad. 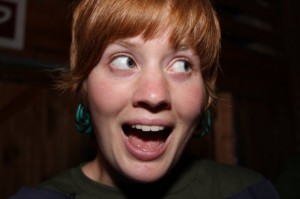 Episode 58: “The most violent element in society is ignorance.”

Help Us Cook Up More Episodes!