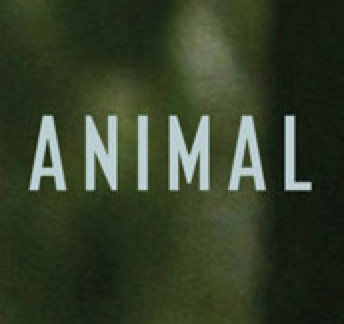 A few months ago I was introduced to Kentucky-based artist L.A. Watson’s video piece, What Makes For a Grievable Life? (2009). In this piece, the frozen, decapitated, and plucked body of a chicken, the kind found in any grocery store, is unwrapped and tenderly placed in a shallow, hand-dug grave. Yellow flowers are placed on the grave, a gesture which, when combined with the sad-sounding music added to the video, emphasizes the artist’s attempt at memorialization of this body, a body that, in other contexts, would be consumed and forgotten. This is a compelling piece, one that disrupts assumptions and conventions about which bodies, lives, and deaths count in our contemporary society.
In this piece the chicken’s body is central. Here it does not stand in for an abstract concept but, rather, is a visual and visceral comment on the way this particular animal lived and died.  My reaction to this piece was somewhat divided – while this is a powerful and important piece, I was, at least at first, somewhat troubled by the process of turning an animal’s body into art. What does it mean to use an animal’s body in this way? Upon reflection, however, I realized that this is precisely what makes this piece so powerful, that this piece would not have succeeded if a “fake” chicken body had been used instead. Context, of course, matters greatly. Watson did not kill this chicken for the sake of her art, rather, she is sensitively working with what is already readily available to her, although difficult, and thought-provoking, questions may arise in the viewer’s mind about where and how she obtained the chicken’s body. This piece aims to end violence, not perpetuate it. Her piece, therefore, is vastly different than the recent case of the art student at the Alberta College of Art & Design who killed a live chicken as part of his artwork. The distinction between these two pieces underscores the complexity of incorporating animals in contemporary artwork. 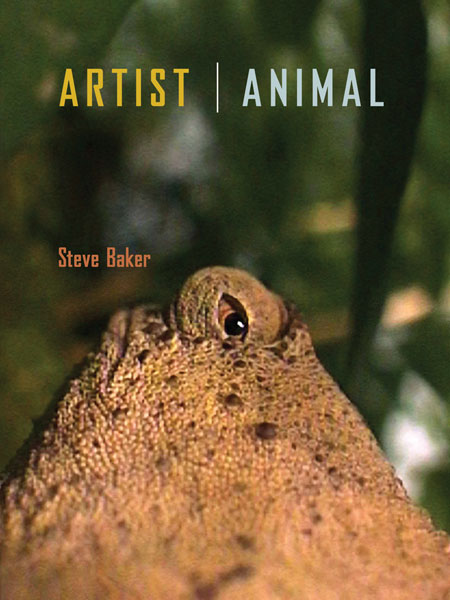 Steve Baker’s new book, Artist|Animal (University of Minnesota Press, 2013), addresses the often-controversial issue of animals in contemporary art. He opens with the provocative question: “Can contemporary artists be trusted with animals, living or dead?” He goes on to posit that in most cases there exists a deep mistrust of contemporary artists who incorporate animals into their artwork, that artists who work with animals are frequently seen as “opportunistic sensationalists” who do what they do for “shock value” and nothing more. To be fair, the media sensationalizing of stories like the ACAD student mentioned above do little to quell this point of view. However, Baker asks his readers to go beyond the sensational and to think deeper about the ways contemporary artists can help us work through the complex relationships that exist between human and non-human animals. As Baker eloquently notes, “art has the potential to offer a distinct way of framing or unframing issues, not an approach that’s more radical or open-minded or curious or inventive than the thinking found in other disciplines, but one that simply employs different tools for thinking, and one that’s sometimes viewed with suspicion because of their unfamiliarity.”
While Baker recognizes that there are some artists who “undoubtedly paid insufficient attention to the well-being of the animals they used,” Artist|Animal attempts to move beyond a polarized, over-simplified debate about whether the presence of animals in contemporary art is a good thing or a bad thing. As Baker recognizes, at its best, art can help us think differently about the world around us. The nature of our often-contradictory relationships with other species is, perhaps, the most pressing issue of our time and, as such, it is important that many artists are addressing animal-themed issues in their work. In fact, as Baker notes, it is precisely the creative approaches exemplified by the artists discussed in this book that may help us move beyond some of the circular, seemingly-endless debates in our contemporary society. As he writes, “careful attention to artists and their objects may in itself suggest ways around some of the more entrenched attitudes found in discussions about art, animals, curiosity, and creativity.”
The artists that Baker focuses on in this book use their creative practice to think through the often-difficult questions that arise regarding the place of non-human animals in our contemporary society. In other words, the artists he selected to write about are not using animals as symbolic stand-ins for other issues the way many other artists do. Rather, in the case studies explored in this book, the focus is on “the work of contemporary artists who directly confront questions of animal life, treating animals not as aesthetic objects or as symbols of the human condition but rather as beings who actively share the world with humanity.” The artists Baker discusses include Sue Coe, Eduardo Kac, Lucy Kimbell, Catherine Chalmers, Olly and Suzi, Angela Singer, Catherine Bell, and Mary Britton Clouse. Each of these artists has a unique approach to their work, and yet they are all linked because they engage “seriously with questions of animal life.”
The book was built upon a series of interviews that Baker conducted with these artists and, as such, offers important insights into their creative approaches. In some cases animals collaborate with the artists (e.g.: the work of Olly & Suzi), and in other cases the animal is actually absent (e.g.: Lucy Kimbell’s conceptual pieces). In many of these artworks the animal body is central to the piece – sometimes the animals are alive, cherished, and loved (e.g. Mary Britton Clouse’s photographs of the chickens that share her home), and in other instances, as was the case with LA Watson’s piece, it is a dead animal body at the heart of the artistic practice (e.g. Angela Singer’s sculptures made from repurposed taxidermic animal bodies). The pieces that include dead animal bodies are, admittedly, much more challenging to engage with as they can bump up against, and sometimes surpass, the boundaries of our ethics and/or our tolerance for things that “disgust” us. However, Baker cautions us to not dismiss these pieces before we have had a chance to seriously engage with them. As he writes, “this book contends that contemporary art’s distinctive contribution to understandings of human-animal relations will be recognized only if artists’ practices – flawed and provisional as they may be – are taken seriously. To impose questions of ethics before even attending to the art is, at the very least, to risk failing to take those practices seriously.”
None of the artists discussed in this book offer straightforward, didactic solutions to these “questions of animal life” and, in Baker’s opinion, this is what makes their work so compelling. These are difficult pieces (in all senses of the word), often leaving viewers with more questions than answers. And yet, in this lack of simple explanations we find the very significance of these creative engagements – given the complexity of the issues addressed anything less would be wholly unsatisfying. These artists and their artworks present a forum in which alternative forms of thinking about animals can exist. Further, these artists have, for the most part, “a conscious and immediate concern for questions of nonhuman animal life – even when, on occasion, they seem drenched in messy compromises.”
Like much of the art Baker discusses, Artist|Animal is successful because it pushes many people out of their comfort zones. I appreciated that Baker does not unapologetically glorify the use of animals in art in an “art for art’s sake” manner. Rather, Baker challenges readers, and asks them to not only reconsider their notions of what constitutes art in the first place, but also to think more critically about the place of animals in contemporary art. Baker convincingly argues that “artists working in this field are well placed to devise forms of responsible practice: critical and improvisatory and material forms that sidestep a rule-bound or unduly judgmental notion of ethics,” but first we must learn how to trust them.