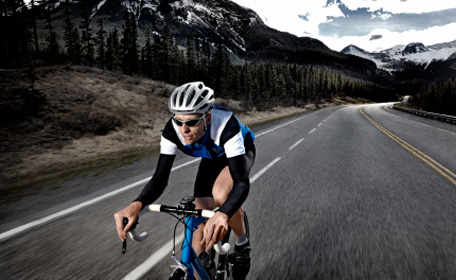 Josh Hooten is one of our heroes, but duh, that only makes us cliché. You might know of Josh from when we made a video about him and his truly amazing partner, Michelle Schwegmann, or perhaps you heard their interview on our podcast. You likely know Josh and Michelle from being the masterminds behind Herbivore Clothing, based in Portland, OR, where Josh designs the shirts himself (we talked about our favorite one back when we did this giveaway — it says “Only kale can save us now”). Or perhaps you’re familiar with powerhouse Josh Hooten because he was one of the organizers of the Let Live Northwest Animal Rights Conference (RIP, Let Live). Or maybe you remember when he used to publish Herbivore Magazine. What doesn’t this man do? Stop, apparently… 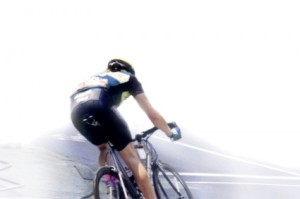 If you are still wondering why you KNOW you KNOW Josh, but you can’t quite place it, it must be from hearing about the 600-mile bike ride that he took a couple years ago — from his home in Portland, all the way to the Orland, California location of Farm Sanctuary. It was a fundraiser for Farm Sanctuary, and he documented his journey in the book, 600 Miles to Goat, which we eagerly reviewed. To complete this Josh Hooten shrine of a paragraph, we also chatted with Josh about the ride. Our main fundamental question: What was he thinking?!?

Well, whatever it was, he thought it again last year, when he embarked on yet another lengthy bike ride, also to benefit animals. Maybe he was just thinking, What can I do that’s awesome  and unusual that will help the cause that is nearest to my heart?

Whatever it is that went through his mind and inspired him to ride, here we are again, approaching September (sorry, I won’t say that again), and Josh Hooten’s calves are aching. And by calves, I mean the muscles on his legs, not the rescued calves who will be cheering him on during his third bike ride to raise much-needed funds and awareness for their plight. Truth be told, his leg-calves certainly have reason to be aching: He is currently preparing for his 100-mile ride. Yet again. And you’ve got to hand it him… His aim is to raise $15,000, all going to three extremely worthy causes. Go Josh. 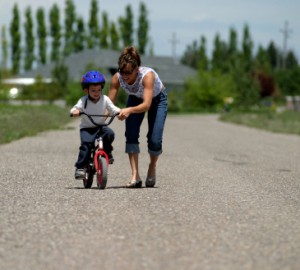 Josh, along with fellow bikers Megan McClellan, Jordan Lyon Mackenzie King, Lisa George, and Phillipe Kozub (a triathlete!) will be leaving from Lighthouse Farm Animal Sanctuary in Scio, Oregon. From there they’ll be riding to Out to Pasture Sanctuary in Estacada. Finally, the team will be heading back to Portland, where Michelle will hopefully be waiting with ample foot cream and a few vodka tonics (the diet of champions). In addition to the $15,000 going toward these two sanctuaries, the money they raise will also go toward a third charity, Hope Animal Sanctuary.

To stay on top of Josh and the gang’s happenings, “like” the Facebook page they created for the journey: Ride to the Light: Three Sanctuary Century, and follow them on Twitter at @ridetothelight. You can also check out the official website they set up for the ride. You can even join Josh and his teammates on the ride if you’d like — that is, if you think you can hack it. (This, by the way, falls into the category of Things I Will Never Do.)

But most importantly, you can support these changemakers by helping them reach their goal of raising $15,000. And you can spread the word about this incredible feat that this inspiring group of activists will be undertaking this September, for a third glorious time. Pedal yourself silly, my friend. See you when the cows come home.

Episode 82: “If the times aren’t ripe, you have to ripen the times.”