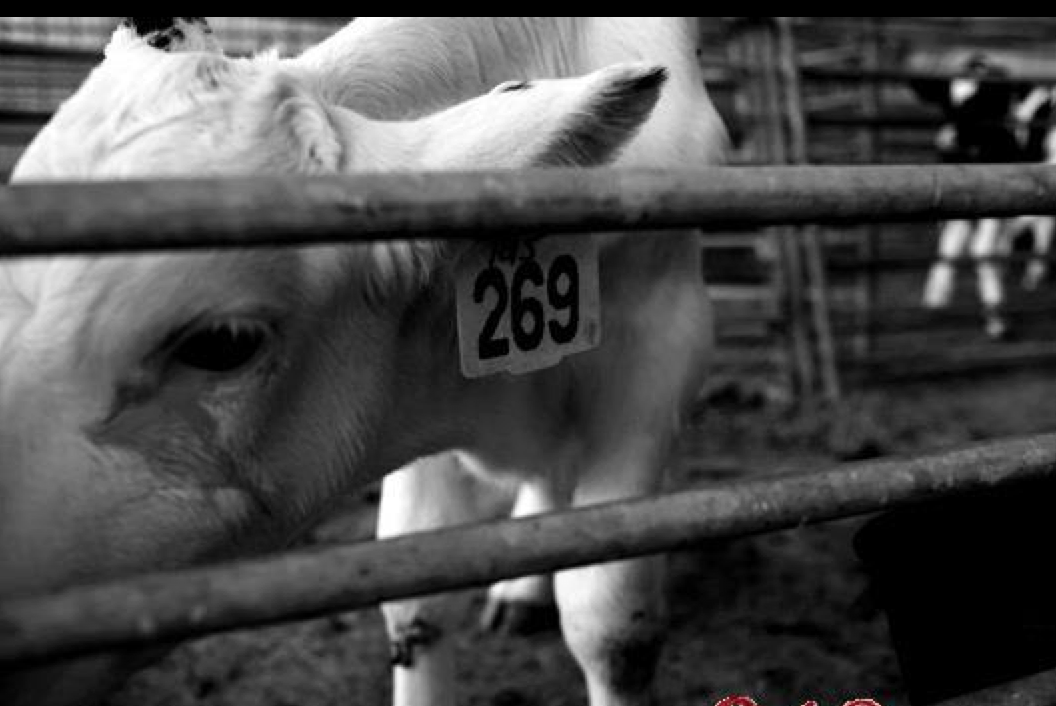 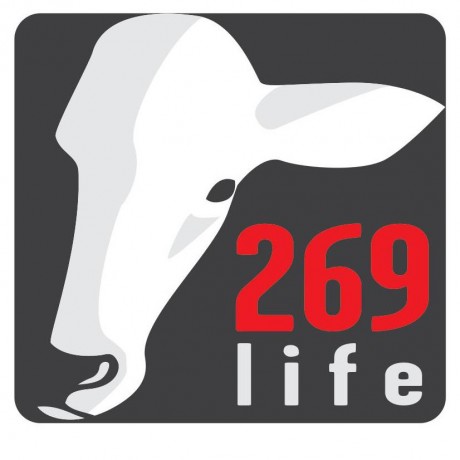 We interviewed Sasha Boojor back in December, on Episode 152 of our podcast. It was abundantly clear that Sasha, and the group he founded — 269 Life — were not into hand-holding when it came to changing the world for animals. You might have heard of some of the campaigns he has helped to implement, including one where activists were branded with hot steel. That stunt became known as the worldwide 269 movement, where animal advocates across the globe got the number “269” tattooed (not branded) on their bodies — representing the designated number of one lone calf whom the activists met on a dairy factory in Israel.

The 269 campaign is in the news again, this time for scattering decapitated animal heads in urban public places, such as fountains (where, in some cases, activists also dyed the water red). Behind these dismembered body parts is graffiti, saying things such as “The slaughterhouses’ walls have become transparent.”

None of the news sources mention where the activists obtained the animal heads, though I’d bet the (factory) farm that they were obtained in a way that did not benefit in any way those who killed the animals. Murder and waste are the name of the game when it comes to animal exploitation, the industry that 269 is working so hard to obliterate. I’d also bet that the vast majority of you reading this are offended by this latest tactic, and though ultimately I don’t think I agree with you, I get why you would be.

There are so many angles to ponder here: For one thing, is it wrong to exploit the already dead bodies of animals? Moreover, is this really exploitation, or is the protest a subversive way of actually honoring their bodies (and souls)? Whether or not it’s morally acceptable for the heads of dead animals to be used as part of the installation may depend, for me, on how they were acquired. Maybe the possibility of many thousands of animals’ lives being spared as a result of what this campaign could reveal outweighs the issues inherent in using dead animals for part of the installation (assuming they were already considered “throwaways”).

Was this campaign a form of grassroots outreach, a way to traumatize passersby into changing their ways? Or was it solely a media campaign, an opportunity to get press to cover animal rights issues? I’d say it was probably a little of both, and I’d even go so far as to call this a type of performance art. Still, I can see why some people would be offended. The assumption of the organizers is obviously that the public would be shocked into rethinking what’s on their plate when exposed to the visceral reality in front of them. Presumably, the 269 folks weighed out the costs of such a campaign and leapt into it with their eyes open. They’re not idiots; they knew the risks. And they’ve since been arrested — 10 of them, ages 25 to 65 (none of them had criminal records).

But I don’t want to overly harp on that aspect of this campaign. The point is, 269 Life is effectively rabble-rousing, and I agree with Sasha that there is just no time to waste. We need a multi-pronged approach if we’re going to truly change the world for animals, and we can all agree that this decapitated heads campaign was certainly, well, a prong. And before those of you who are going to be critical do just that, let me remind you that it’s a lot easier to criticize others’ techniques rather than implement your own campaign. That doesn’t mean we shouldn’t evaluate one another’s work. On the contrary, other social justice movements throughout history managed to “iron out” their tactics partly because of inside criticism from those who had the same goals, but different approaches. So, criticize if you want to. But then do something, too — something proactive and creative and groundbreaking, and something that you feel will work — all with the overarching goal to change the world for animals.

Might I remind you that there are literally thousands of ideas and opportunities for how to change the world for animals right here on the pages of Our Hen House? You need not get arrested. You need not involve carcasses. That’s the beauty of changing the world. There are countless inroads to do it, as long as we don’t get in our own way, and don’t allow others (friends and opposition alike) to stymie us.

Episode 336: Jonathan Balcombe and “What a Fish Knows”; Ryan Patey and...