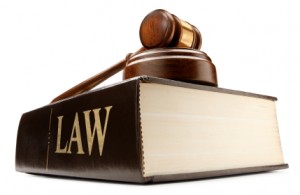 Should the Animal Enterprise Terrorism Act Be Repealed? Some Folks at the American Bar Association Think So

Almost everyone who cares about animals is confused, intimidated, and pissed off by the Animal Enterprise Terrorism Act. People  are uncertain about what it really means (and that includes lawyers), and what it means about what animal activists can and can’t do to stay within the law.
And that’s exactly the problem. It has long been recognized that laws that “chill” free speech are in violation of the First Amendment. It’s not just a question of who ultimately gets prosecuted, or even of who eventually gets convicted. It’s also a question of who is intimidated from speaking up for what they believe in because they don’t (can’t) really understand the law.
One way lawyers can tackle bad laws is to get them into court, but, unfortunately, the few courts that so far have had an opportunity to consider these arguments about AETA have pooh-poohed them. (Though that fight continues). But there are other ways to bring attention to counterproductive, poorly written laws that need to be changed.
One way is to bring bar associations into the fight. One of the main purposes of bar associations is to comment on laws that the association’s members have looked at and found problems with so that problems with the laws can be fixed before they do too much harm. In fact, for lawyers interested in animal rights, bar associations provide some of the most rewarding opportunities to educate people about what’s going on with animals and, also, what’s going on with the people who care about them. So it was gratifying to see that a conversation about the inherent problems in the Animal Enterprise Terrorism Act has begun at the American Bar Association, the premier bar association in the US.
Last month, during the ABA’s annual meeting, a resolution was introduced in the 560-member House of Delegates calling for AETA’s repeal and asking that the Department of Justice stop prosecuting people until AETA’s constitutional issues are resolved.

The Resolution was sponsored by the ABA’s very prestigious Section on Individual Rights and Responsibilities and was co-sponsored by the NYC Bar Association. In addition, according the executive director of the Equal Justice Alliance,  Odette Wilkins, who has worked tirelessly on this issue for years, the resolution also received the support of the National Association of Criminal Defense Attorneys and the American Civil Liberties Union (ACLU) — which, though not a member of the ABA’s House of Delegates, made its opinion heard by way of a letter to the President of the ABA House of Delegates stating the ACLU’s position that the AETA is unconstitutionally vague under the Fifth Amendment to the U.S. Constitution.
Of course, there was fierce opposition as well. But this is to be expected and is an inevitable part of the important process of starting the conversation. One of the entities in opposition was the ABA’s Section on Science and Technology, which is heavily populated by lawyers working in the pharmaceutical industry. Other sections, not as obviously in opposition, indicated that they might be interested in amending, rather than repealing the law. The Tort, Trial, Insurance Practice Section, which is the only section that has an Animal Law Committee — one I used to chair — did not weigh in, though I understand there was a good deal of discussion about the resolution.
Ultimately, the sponsor of the resolution withdrew it without a vote. Not the success some had hoped for, no doubt. But in working within institutions like the ABA, instant success should never be expected. As a result of this effort, many people heard about this law for the first time. Some people who aren’t at all involved in animal rights were horrified by the civil liberties implications of this broad, vague, and frightening law. Hopefully, the supporters of the resolution will continue to educate others at the ABA about this law, and, eventually reaching critical mass, bring it to the House of Delegates and achieve a vote for change.
In fact, there is talk of plans to submit a new proposed ABA Resolution to amend the AETA at the ABA’s mid-year meeting in February, 2014. If you are a lawyer, and a member of the ABA, perhaps the Section on Individual Rights and Responsibilities is a place where you can make some real change, as it is in the forefront of this effort. Or, if you are active in your state bar association, perhaps you can start now to drum up support for this proposal and get your bar association to co-sponsor the next time around. And no matter what you do, or what institutional politics you’re involved in, take every opportunity to educate people about what’s going on.

Knit a Jacket for a Little Hen

Holy Hens! You’ve GOT to See What Just Landed in the Our...

CFP: Students for Critical Animal Studies – You Want to be Part...