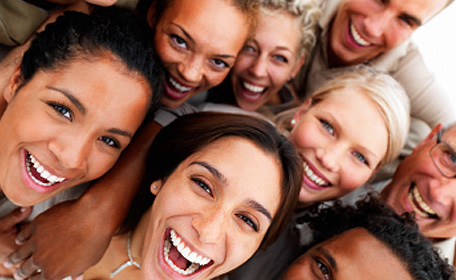 When I was a kid, my favorite part of the paper was the funnies. On Sunday mornings, I’d wake up to a delicious breakfast of french toast or pancakes — the smell of which would waft through the house, luring me downstairs. When I got there, frequently with sleep still in my eyes, Mom would have the sports section of the paper on my brother Jeremy’s chair, waiting for him, the funnies on mine, and she herself was usually busy catching up on movie reviews or looking through the arts section. (In retrospect, clearly current events were missing from my childhood. I have only vague recollections of the Reagan years, but perhaps that’s a good thing.) Ten minutes later, as we gorged ourselves on french toast (nowadays, Mom makes the vegan version), I would sit at the table giggling, Jeremy would cheer at the latest Mets victory (they were still good back then), and Mom would circle movies she wanted to see at the cheap theatre on Oak Tree Road. 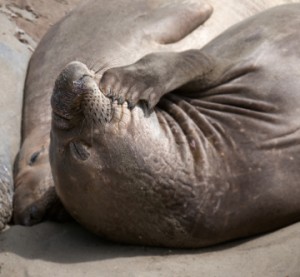 Though many years have passed since those leisurely Sunday morning breakfasts, one thing that has stayed with me has been my love of comics (okay, and of french toast). In addition to wrapping presents with the funnies whenever I can (hey, it’s eco-friendly, not to mention wallet-friendly), I try to take out a break to read them — either in the paper or online — whenever I remember. One of my favorite cartoons is, of course, Dykes to Watch Out For by Alison Bechdel, which was one of the earliest depictions of lesbians in pop culture, and frequently covered social justice issues too. Though I don’t believe that the Sunday Star Ledger circa 1986 published that (and besides, I was too busy reading Family Circus), I love that Alison used humor to create a deeper awareness of current events from the other side, the ones that mainstream news venues don’t go near.

Similarly, as we’ve previously mentioned here on our blog, the work of Dan Piraro, creator of Bizarro, does the same for animal rights. His syndicated cartoons, which run in 250 papers, frequently feature explicit animal messages, allowing the reader to have a guffaw and perhaps a revelation, all at the same time. Right after he won the coveted “Cartoonist of the Year” by the prestigious National Cartoonists Society, Dan — who is also on our advisory board — appeared on our podcast to talk all about that, and about the role of art in animal advocacy.

Another cartoonist who frequently puts animal messaging in his work is Larry Trepel, whose work can be seen in such publications as National Lampoon, both the original humor magazine as well as their book collections. One thing I love about Larry is that, in addition to publishing animal-themed cartoons in popular venues that clearly reach non-“animal people,” he also donates his original work to organizations such as Farm Sanctuary and Mercy for Animals. Larry hopes that his next project will be to create t-shirts with animal cartoons on them, and donate the profits to several animal rights groups. Below is a cartoon that Larry created entitled “Some Animals.” 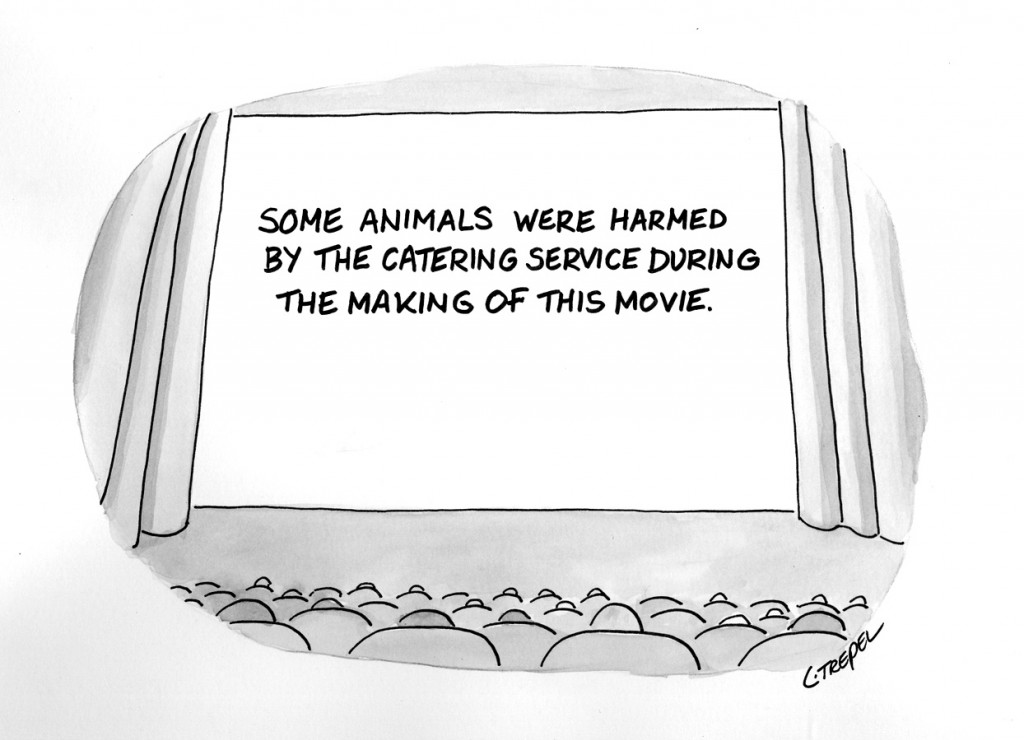 “Some Animals” by Larry Trepel

Those who care about animal issues have so much to be angry and depressed about. Every now and then, it’s nice to laugh too. And thanks to cartoons like the ones Dan and Larry create, not only do we have the opportunity to laugh, but it’s just possible that, for other people who might come across their work, the messages will run just a little bit deeper than, say, Family Circus did for me.