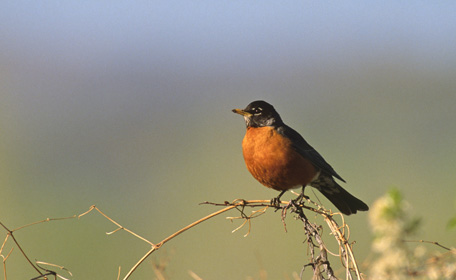 If you’re a lawyer or law student interested in animal law, you know that it is one of the fastest growing, and rapidly changing, fields of legal scholarship. It’s hard to keep up sometimes. And even if you’re not interested in the law as a profession, as an activist you probably want to stay on top of the current laws in order to understand what’s gone so wrong with the way animals are treated — completely legally — in the United States, and what can be done about it. That’s why it’s so great that there are a whole bunch of resources that will help you do so. Here are a few of them.

The Animal Legal and Historical Center is an absolutely invaluable website for anyone interested in animal law. Founded by Professor David Favre, an eminent and longstanding animal law scholar at Michigan State University School of Law, this voluminous and constantly updated website organizes over 12oo full text cases and 1400 statutes into subject areas. It also includes comprehensive descriptions and explanations of the original sources, original articles, links to articles on every conceivable animal law topic, and news updates on hot topics in animal law. If that weren’t enough, it also includes an international collection of materials.

The Animal Legal Defense Fund has recently released the sixth edition of it’s amazing resource, Animal Protection Laws of the United States of America and Canada. The entire 4000 pages, in searchable form, can be downloaded for free, and will provide you with “a detailed survey of the general animal protection and related statutes for all of the states, principal districts and territories of the United States of America, and for all of Canada; [and] up-to-date versions of each jurisdiction’s laws.”

Many law schools now provide research guides to animal law in their online library guides and, while they may not provide links which outsiders can use to access the materials, they can be a useful starting point for those who want to do research in this area who have access to Lexis or Westlaw, or other ways of accessing the materials. For example, UCLA’s Libguide provides a very useful research guide to animal law. Of particular interest is the section called Getting Started: Suggested Readings for Those New to Animal Law, which compiles articles of interest to those just finding out about animal law to help them in their journey. And, while you’re at it,  you should be aware that Westlaw itself now includes animal law as an individual subject area in its database.

For less scholarly, and more newsy ways to stay on top of animal law, you might want to regularly peruse new issues of The Animals’ Advocate, published by the Animal Legal Defense Fund. Another great resource is the Animal Blawg, which was founded by Professor David Cassuto of Pace Law School, and is updated quite regularly. Or, quickest and easiest, just “like” the facebook page of the Animal Law Committee of the American Bar Association’s TIPS section, where articles of interest to animal lawyers — and animal lovers — are posted on a daily basis.

Awards for Work in Critical Animal Studies and a Call for Presentations — Get Them in NOW!

Episode 105: “When you cease to make a contribution, you begin to die.”

How to PACK a Punch