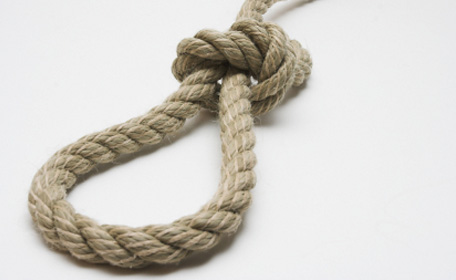 I love Suicide Food.  The blog, that is, not the “food” itself.

The incredibly clever Ben Grossblatt has focused, with admirable single-mindedness, on one common ploy of meat-eaters and those who cater to them. We’ve all seen it, and I am sure, like me, you’ve been incredibly annoyed by it. It’s the carnivorous enthusiasm for portraying animals as eagerly and amusingly seeking their own deaths so that they can be turned into food. 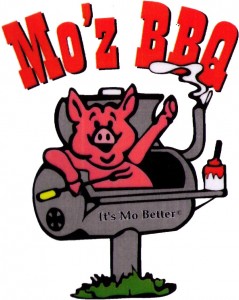 The thing that’s so great about this blog is that, while such portrayals are annoying, or even infuriating, on their own, Grossblatt’s decision to collect these odd, gruesome pictures in one place, demonstrating how pervasive this imagery is, has somehow revealed a glimpse into the uncomfortable and warped psyche of the meat-eaters who view these images and, for some inexplicable reason, feel comforted, or amused, or absolved, or whatever it is they feel.

Although Grossblatt declares, with utter accuracy, that this material is “not funny,” the fact is is that Grossblatt himself is frequently funny, not to mention dark, and oh so bitter. But unlike the images he uncovers, the butt of his humor is not the innocents at the sharp end of the knife. He’s skewering those who are wielding the knife, or the fork — those who are so uncomfortable with what they are doing that they have to humiliate and misrepresent their victims.

Recently, Nicholas Kristof of the New York Times mentioned, in a column about the uprisings in the Middle East and other examples of social change, that one of the most powerful forces in making change is mockery. That can be a hard one for us. We are too overwhelmed with the sadness of it all, and, anyway, as everyone knows, vegans have no senses of humor. And the animals are certainly not in a position to point out the ludicrous self-soothing behavior of their murderers. Hooray for Ben Grossblatt for ably stepping in to do it for them. If you are not yet aware of Suicide Food, it is a blog you will want to check in with on a regular basis.