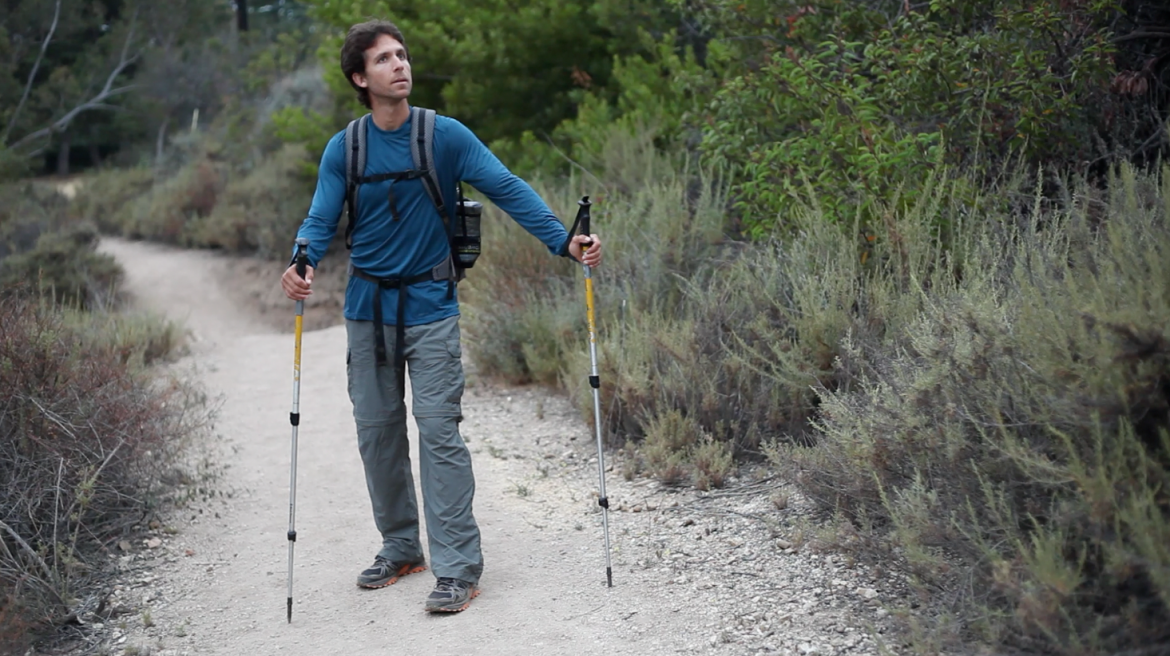 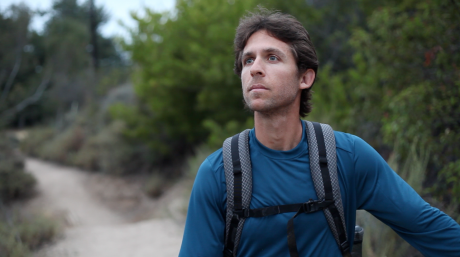 UPDATE — 8/9/13. We are happy to report that vegan hiker Josh Garrett broke the Pacific Crest Trail record with a time of 59 days, 8 hours, 59 minutes, and an average of nearly 45 miles per day; beating the record set in 2011 by Scott Williamson of 64 days, 11 hours and 19 minutes. Congratulations, Josh!
Josh Garrett walks for the animals who can’t. This new vegan and experienced hiker is once again setting off on a journey across the famed Pacific Crest Trail — which he had previously completed in a remarkable 88 days (half the amount of time it takes most folks). This time around, Josh is aiming to break a record, and complete the 2,655 mile trek in history-making time, beating out the 64 days, 11 hours, and 19 minutes it took Scott Williamson to hike the trail two years ago. That will mean that Josh will have to hike 42 miles a day, every day, for 63 days. Aside from a vague concern for the mental health of any athlete who willingly (even eagerly) chooses to take on something so physically and mentally taxing, why should we care about Josh’s upcoming adventure through wildly difficult terrain running from Mexico to Canada? Simple. Josh is doing it for the animals.
You might blame Josh’s upcoming feat on two rescued turkeys. Josh met these gorgeous guys when activist Karen Dawn was giving them a temporary home, before they were given a permanent new life at a farmed animal sanctuary. The fate of these birds had initially been to be used as a Thanksgiving meal; they were among the very few animals who manage to escape the food system. When Josh met them, he fell in love. Knowing her cue, Karen showed Josh a video she made, which included a scene from an undercover investigation that Mercy for Animals conducted inside a turkey slaughterhouse, depicting the routine abuse that’s inherent in this cruel industry. Soon, Josh saw the film Forks Over Knives, and his new life’s mission became clear. Go vegan. Go hiking. Go change the world. 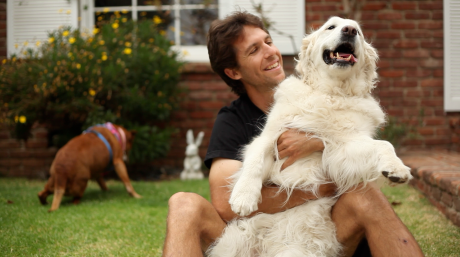 If you’re a regular listener of our podcast, then you might recall last fall — on Episode 142 — when we discussed the book Wild, by Cheryl Strayed. This huge bestseller details Strayed’s own journey on the Pacific Crest Trail, and concludes with a poetic reflection on how she was forever changed from her time on the trail, now at one with nature as a result of her months spent backpacking across “wild” terrain. As Mariann and I discussed on our show, while we each devoured the book in just a few days, we were ultimately left perplexed, disappointed. How could the author feel such a kinship with nature, yet so callously and mindlessly exploit farmed animals, as she savored the meat she was given along her journey? And as she reflected on her trip in hindsight — and on the inherent glory and beauty of the planet and its inhabitants — how then was she not able to connect the dots? While, in some ways, I found Strayed’s journey inspiring — haven’t we all, at some point, allowed ourselves to escape into a fantasy of leaving our lives as we know it, and escaping into the wilderness? — there was this huge, glaring piece missing. I believe it’s called insight.
Perhaps Josh Garrett will write a book on his journey? Something tells me that in his story, the animals won’t be left out. Not the animals whom he encounters along the way, nor the animals he has in his heart as he brings plant-powered athleticism to the record books. 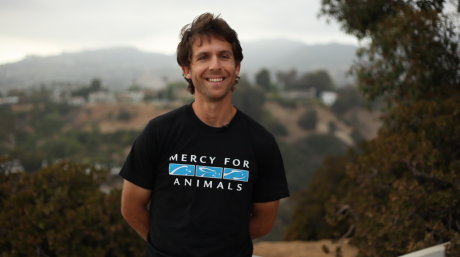 Josh’s journey will be fueled — quite literally — by the all-vegan energy bar company, ProBar. You can support his efforts through his fundraising page for Mercy for Animals. He hopes to raise a symbolic $26,550 for their life-saving outreach. And you can follow Josh’s journey on Twitter, too.
I am in awe of this man’s drive — not just in terms of completing a hike that most of us can’t even conceptualize, but also by his relentless determination to use his unique platform and skills to change the world for animals, one step at a time. Way to walk the walk.

Episode 179: “The most revolutionary thing one can do is always to proclaim loudly what is happening.”