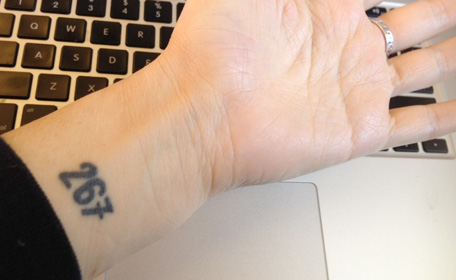 I have the number “267” tattooed on my left wrist, demonstrating the number of chickens killed every second in the United States, round the clock. I got the tattoo several years ago now, somewhat impulsively actually, as a reminder to myself and others of the horror going on behind closed doors — and a tool for me to remain cognizant of my own great grand privilege. Repeatedly, my tattoo puts things in perspective. Just think about it for a second: 267, bam. 267, gone.
A group of activists in Tel Aviv had a similar idea of using number tattoos to raise awareness about the plight of animals, but they did so in a smashing, large-scale way that made the news, big time. In honor of World Vegan Day, dozens of activists descended on Rabin Square, where they publicly tattooed their arms with (coincidentally) the number “269,” to memorialize a single calf, who bore that number, the only name he was ever given. And last month, on World Farm Animals Day, members of this same group held a similarly-themed demonstration, but this time they used a hot branding iron to permanently attach this harrowing number, this sickening reality, to their bodies. As with any modern-day successful campaign, there was a multimedia component to the protest — a YouTube video that has had almost 185,000 views to date. Speaking to the power of incorporating video to any grassroots or media campaign, as a result of this viral video, companion protests have occurred in  places like Spain, Australia, and England. The activists are trying to make this a worldwide movement, in case you are looking for a project to spearhead — or you’re wondering what your next tattoo should be. 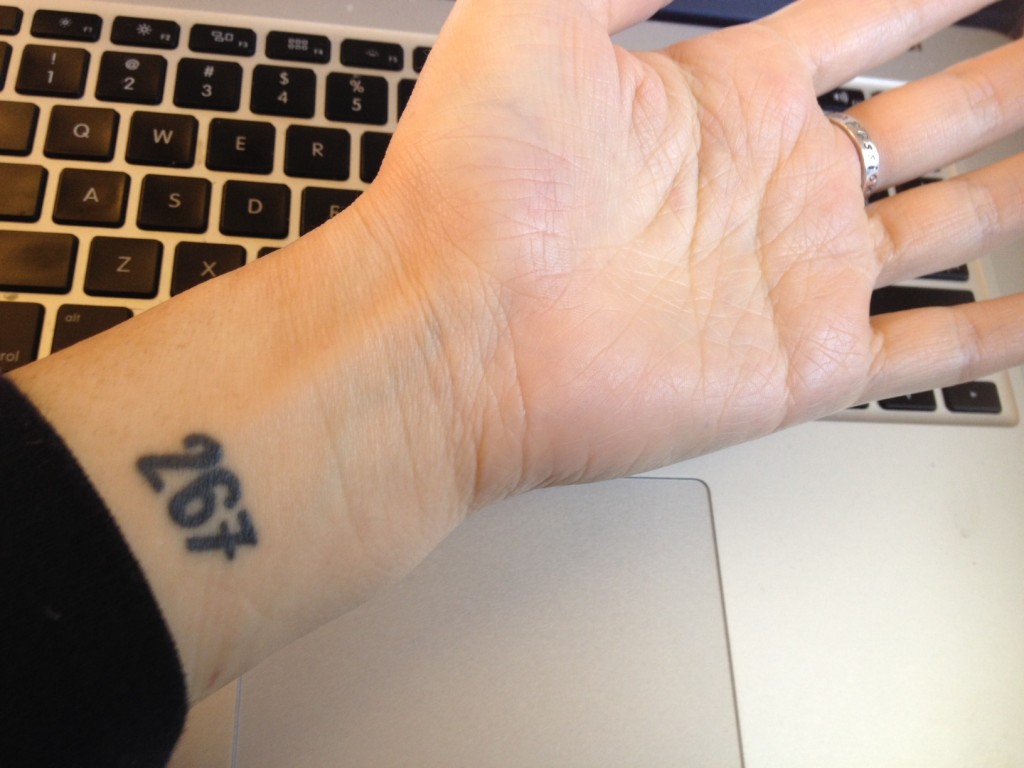 Episode 147: “When a man loves cats, I am his friend and comrade without further introduction.”