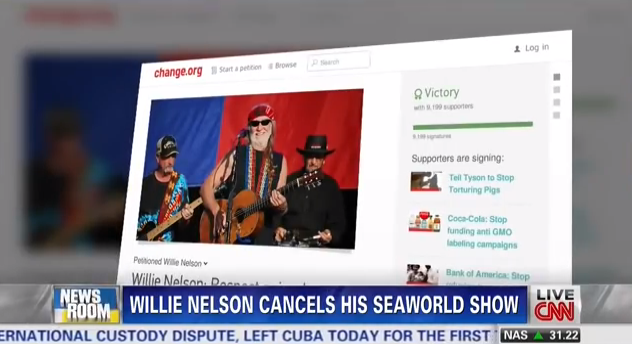 To petition or not to petition? Today, longtime activist Pulin Modi, gets to the bottom of it.
***
Tell a Story, Win a Campaign.
by Pulin Modi 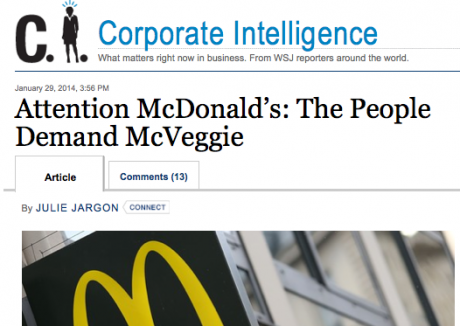 I’ve been involved with animal rights for more than sixteen years. I’ve protested, tabled, organized benefit concerts and vegan feed-ins, and eaten the vegan donuts at Ronald’s in Las Vegas (and can have that conversation about how they compare with Dunwell or Voodoo). I’ve been known to carry around stickers that say things like “Club Soda, Not Seals” and “I am not a nugget.”
I’m not here to tell you my story, though. I’m here because I have a passion for amplifying others’ voices. I want to tell you more about that because my job as senior campaigner for Change.org gives me the privilege of hearing from people every day – folks from all over the world who come to our platform. I love helping individuals feel empowered to take direct ownership over an idea.
Let me share a quick story that I think is pretty cool.
Danielle Legg (who just happens to be Our Hen House’s Outreach Manager) likes both animals and musician Willie Nelson, but does not like when animals are kept in captivity. When she heard that this iconic artist, known for his support of good causes, was scheduled to perform at SeaWorld, she was shocked. She heard that a band called Barenaked Ladies had just dropped a SeaWorld concert because of controversy surrounding the film Blackfish. A fan from Canada used Change.org to rally thousands of people online to ask the band to pull out. Danielle decided to ask Willie Nelson to cancel, too, and more than 9,000 people joined her on Change.org in a matter of days. 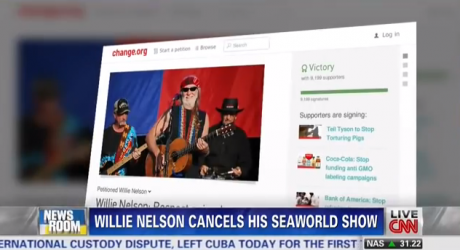 Willie Nelson not only cancelled, but he then went on CNN to recognize fans’ concerns and state that he does not agree with the way animals are treated at SeaWorld. The momentum continued as people from around the world used Change.org and social media to convince artists, including Cheap Trick, Martina McBride, and Heart, to cancel on SeaWorld. I’ve never seen anything like it.
Another example involves wellness advocate Kathy Freston. She’s currently asking McDonald’s to add a meatless option. That may sound strange to you, but so far the Wall Street Journal, Fox News, Yahoo, and many other outlets seem to agree this is a reasonable ask. The website Mind Body Green featured a compelling interview with Kathy that’s worth a read if you’re curious to hear her reasoning. While there has not been a change yet, Kathy is optimistic that this will eventually lead to a change, and with nearly 100,000 supporters on Change.org, I can see why.
You may be surprised to realize that I’ve put off using the term “petition” so far, while talking about Change.org – but rest assured that that was intentional. The reason is that I think people get way too caught up in hating on petitions to listen with an open mind to how they really can, if used properly, make a difference. While it’s true that there are lots of completely terrible online petitions out there that make no sense, that’s not the end of the story.
The fact is that petitions and other online platforms allow advocates for social change to organize faster and more effectively than ever before. Of course, with any widely available tool, you have to accept that there will be a lot of bad along with the good. For example, you probably appreciate the value of YouTube as a video platform where anyone can share content. That very availability has helped organizations like Mercy For Animals reach millions of people. Do you worry that so many people post stupid videos that you don’t care about? Nope.
The same potential applies to Facebook and Twitter. No one can deny that there’s a lot of dumb stuff on them, but we all know how valuable they can both be as well. Facebook and Twitter give advocates the ability to organize events, network with people to coordinate online and offline actions, share vegan recipes, gain support from influential reporters and celebrities, and so much more – all for free. It would obviously be a mistake to turn away from resources that help us reach more people, just because they also require us to wade through some nonsense.
Well, the same thing certainly goes for petition sites, including the one I work for, Change.org. There are many places you can do petitions online, but Change.org is the world’s largest online petition platform, and we see ourselves as a company created “to empower people everywhere to create the change they want to see.” When you create a petition on Change.org, our goal is simply to help you tell your story in a way that’s as broadly compelling as possible, so you can gain support – and win.
The key to making sure your petition, or, for that matter, any other form of activism, is successful, is to constantly ask ourselves how you can be more tactically effective.
Going back to my own story for just a second, you have no clue how much time I spent at protests where, in retrospect, no one could have even read my completely illegible handmade sign! I bet I’m not alone, but this doesn’t mean protests are all ineffective, it just means that there are good and bad ways to do them – just as there are with petitions, fundraising campaigns, outreach events, or anything else you do to promote social change.
To get a little more specific, effective petitions have a compelling story, a clear decision maker or makers, a logical timeline, and a clearly thought-out path to victory. So, for instance, one example of a potentially effective petition would be one started by a student who wants to add a vegan option to the cafeteria. That will enable more students to choose something that is healthier and free from allergens like dairy and eggs. The student can launch the petition at the beginning of the school year, and then enhance its potential effectiveness by talking to his or her friends about why this is important, and offering solutions to the head of the cafeteria or principal. He or she might even catch the attention of local media. That makes sense, right? 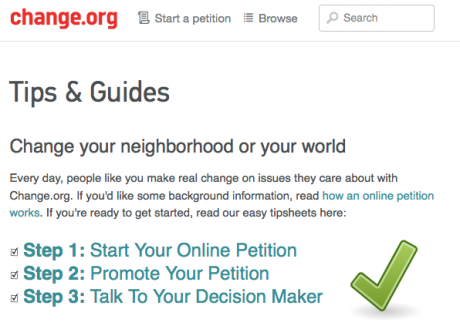 Ineffective petitions lack a clear story, don’t have a logical target, lack urgency, and have no path to victory. So let’s use a similar example: to get vegan options at the school cafeteria. If you are a childless, sixty-year-old from San Francisco and you petition President Obama to have all schools in Texas serve only organic, vegan, GMO-free meals starting next week, you’re wasting your time. There is absolutely nothing about who you are, what you’re asking, or anything else that connects you to this school. You’re not targeting the person who will make the decision. You’re not a relevant part of the story. Sure, maybe a bunch of vegans will support you, but the goal isn’t to get people to sign stuff just for the sake of signing. The goal is to create a place for people to make a difference.
I’ll finish up with some main points when it comes to using Change.org specifically: 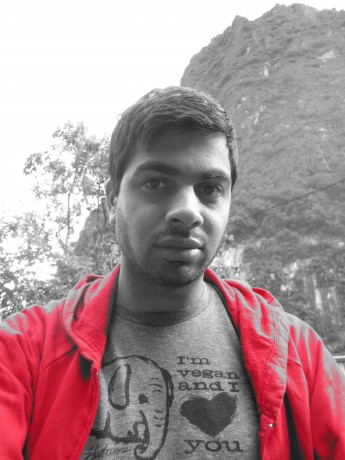 Pulin Modi is a senior campaigner for Change.org. He likes to be described as “award-winning” since he won his elementary school spelling bee – twice! He got his activism start in New Jersey back in the day, designed his own major called Ecology of Social Change at Vassar College, and has been organizing professionally for more than a decade. Pulin lives in Washington, DC with his wife and their two cats. He likes healthy eating, running, soccer, reading, and traveling. Talk to him on Twitter and Facebook.
Share 0 FacebookTwitterPinterestEmail
previous post

Excerpt from “The Ultimate Betrayal: Is There Happy Meat?” by Hope Bohanec, PLUS a Giveaway