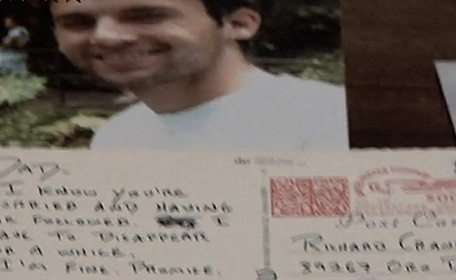 A third of the way through reading the novel, PopCo, by Scarlett Thomas, I realized why my friend had told me that I absolutely had to read it. In addition to being a really compelling story about a young woman beginning to question the tactics in the corporate world of toy manufacturing and promotion in which she works, it soon became clear that the lead character, Alice, was also slowly transitioning to an ethical vegan lifestyle. As the book progressed, the sub-plot of the story became this internal shift in Alice’s thinking and lifestyle. Since there were others in her life who were already vegan (really cool characters, too — no hackneyed stereotypes), from time to time they would tell her all about the horrors of factory farming. This not only offered a real-life account of what’s actually happening to animals today, but it brilliantly provided a glimpse into the thought-process of a young woman who is not only coming into her own, but, as an extension of that, coming into veganism. Well — you can bet that I soon got a copy of PopCo for several non-vegans in my life. Happy Birthday, here’s a book … and p.s., go vegan.

Fiction advocacy can be extremely effective. Under the umbrella of fiction, a really interesting opportunity is presented to get people to think (imagine that!) — something that can sometimes be challenging in non-fiction documentation, since there are those who shut off or become defensive when you present them with the cold hard facts. Just as Scarlett Thomas did in PopCo, fiction allows you to still present the ugly underbelly of animal agribusiness in a truthful way — but in a way that some people find more accessible. Plus, fiction is art, and art touches people in deep and profound ways. For a lot of us, art has a way of creeping in, sometimes in ways we don’t really understand.

Given my feelings about fiction as a form of effective advocacy, you can probably imagine how giddy I was when I heard about Bold Native, a new fiction feature film that tells the story of an animal liberator wanted by the United States government for domestic terrorism. In the film, the main character, Charles Cranehill, attempts to coordinate a nationwide plan, as his CEO father tries to get to him before the FBI does. 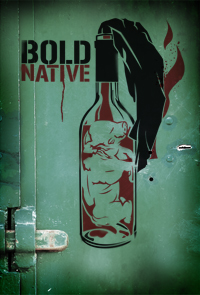 When I chatted with Bold Native’s director and writer, Denis Henry Hennelly, he agreed that fiction is an important possible route in for anyone trying to spread compassion. “There’s something about hearing a story that allows people to let their defenses down,” he told me, “which allows you to communicate with a deeper and less ego-based part of them.  With Bold Native, we tried to make an adventure movie… a story with a basis in reality that also was a fantasy and exploration of ideas.  We tried to make something that was fun, without shying away from the fact it was about people fighting horrible atrocities.”

The filmmakers’ background in documentary informed the creative approach to Bold Native. Self-financed and shot with a four person team in real-world locations, sometimes using real activists, lawyers, and formerly imprisoned animal liberators, the film weaves an intricate tale of one of the most important issues facing America and the world morally and ecologically – the impact and consequences of industrialized animal use. And with a character who faces prosecution and potential lifetime imprisonment under the recently passed Animal Enterprise Terrorism Act (AETA) for property crimes currently considered terrorism, the film also illuminates the danger of corporate interests influencing the law in a post-9/11 world.

Here’s the trailer. Hold onto your tofu:


The amazing activists (hundreds of them, literally) who helped to put together Bold Native are looking for folks to help promote it, so if you have outlets, use them. This film looks like one that is not to be missed, and one that we animal advocates will want to share with our various networks of friends and colleagues.

Episode 30 of the Our Hen House TV Show is Now Viewable...

Holy Hens! You’ve GOT to See What Just Landed in the Our...