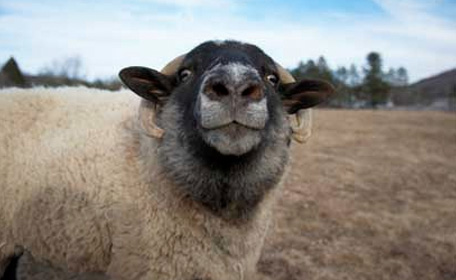 When I was at Farm Sanctuary, I was approached by a very musical volunteer who wanted to incorporate her love of music into her activism. She decided to put together a concert to benefit Farm Sanctuary, and we called it “Rockin’ Out for Farm Animals.” The concert was a great success. We had several veg musicians gather at a local bar/performing venue here in NYC. The bar even sold Soy White Russians that night. The event attracted all kinds of folks who were just out enjoying a night in the West Village, and everybody left the event with literature from the table we set up in the front. There was also a raffle, which ultimately wound up raising some much-needed funds to benefit the organization. A few months later, we did the whole thing again, and just like the first time, it was an impressive show. All of this came about because of that one volunteer and her desire to incorporate her love (music) with her passion (animal rights). Since this was obviously a model that could be easily replicated anywhere around the country, we put together a guide to putting on an animal awareness concert.

Another NYC activist (and professional performer), Lindsay Wolf (of Kiss Me I’m Vegan), had a similar yearning — to raise money for farm animals while singing to her heart’s content. Next week, Lindsay will be hosting her second awareness- and fund-raising concert — called Rock It Out 2. The proceeds raised will benefit Woodstock Farm Animal Sanctuary. The concert will be held at the uber-cool (and impressive!) Joe’s Pub on July 20 at 9:30 p.m. Lindsay and her sister, Whitney, will be singing till the cows come home, all for only 12 bucks. If you’re in NYC, get your tickets today.